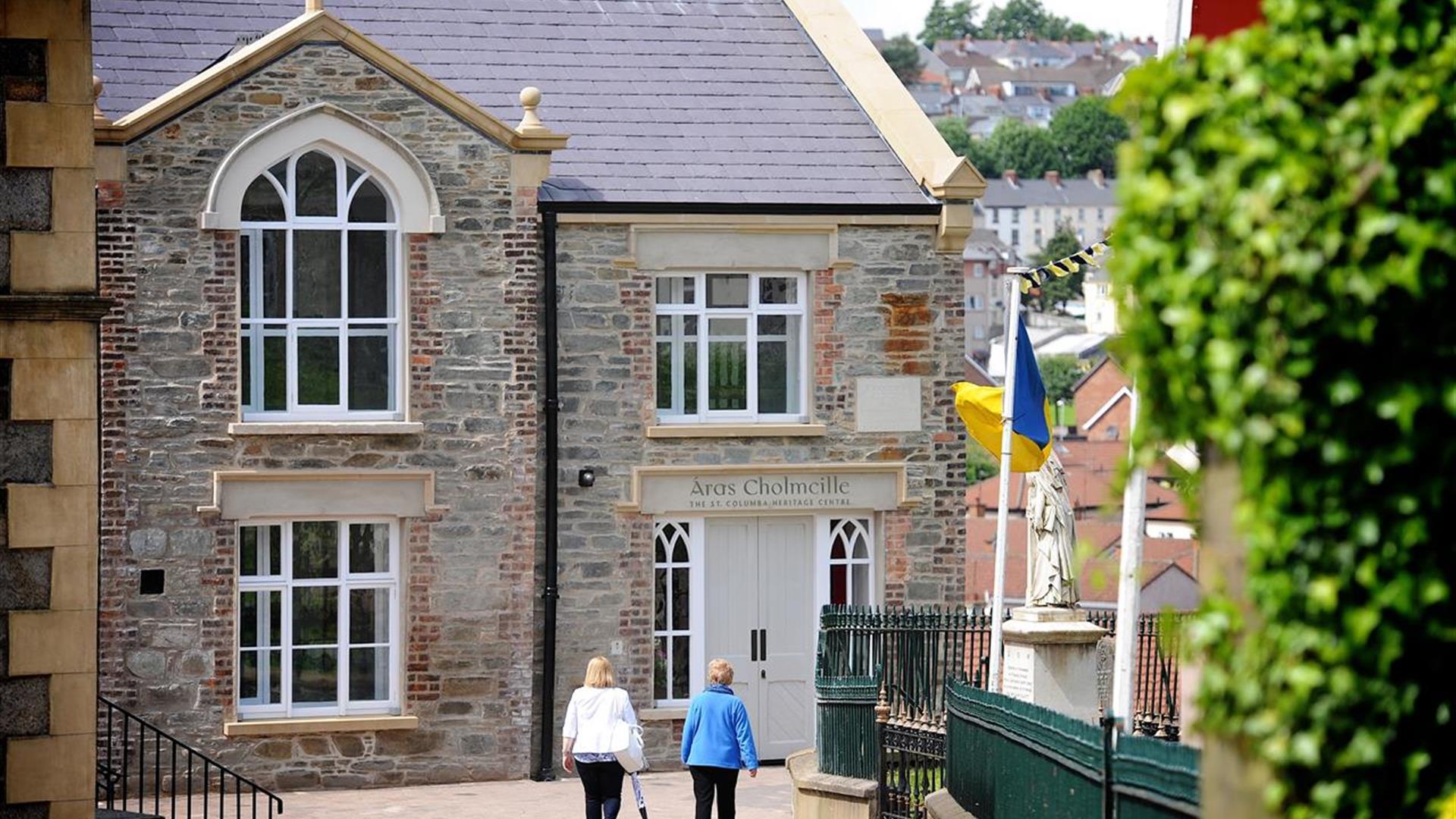 The Saint Columba’s Heritage Centre (Aras Cholmcille) is located in the restored listed school building in the grounds of the Long Tower Church.

Opened in 1788, this Roman Catholic Church is located outside the City Walls. The present church is built on the site of Roman Catholic worship which goes back as far as the 12th Century. The current church began life in 1783 on the site of the Cathedral of Tempull Mor. Father John Lynch started action to raise funds for the building of the Long Tower Church and he received finance from both Roman Catholics and Protestant people in Derry at the time.

The Saint Columba’s National School, known affectionately locally as the “Wee Nuns’ School”, dates from 1813 and after major restoration provides the city with a centre to promote the heritage and history of Saint Columba, the city’s founding father.

The Heritage Centre exhibition offers a bespoke, interactive experience detailing the extraordinary life of the city's founding father, complimented with a range of artifacts and manuscripts that include a facsimile of the Book of Kells, as well as items and objects relating to the 200 year history of the building.