You are here: Home > Things to Do > Derry Girls Mural 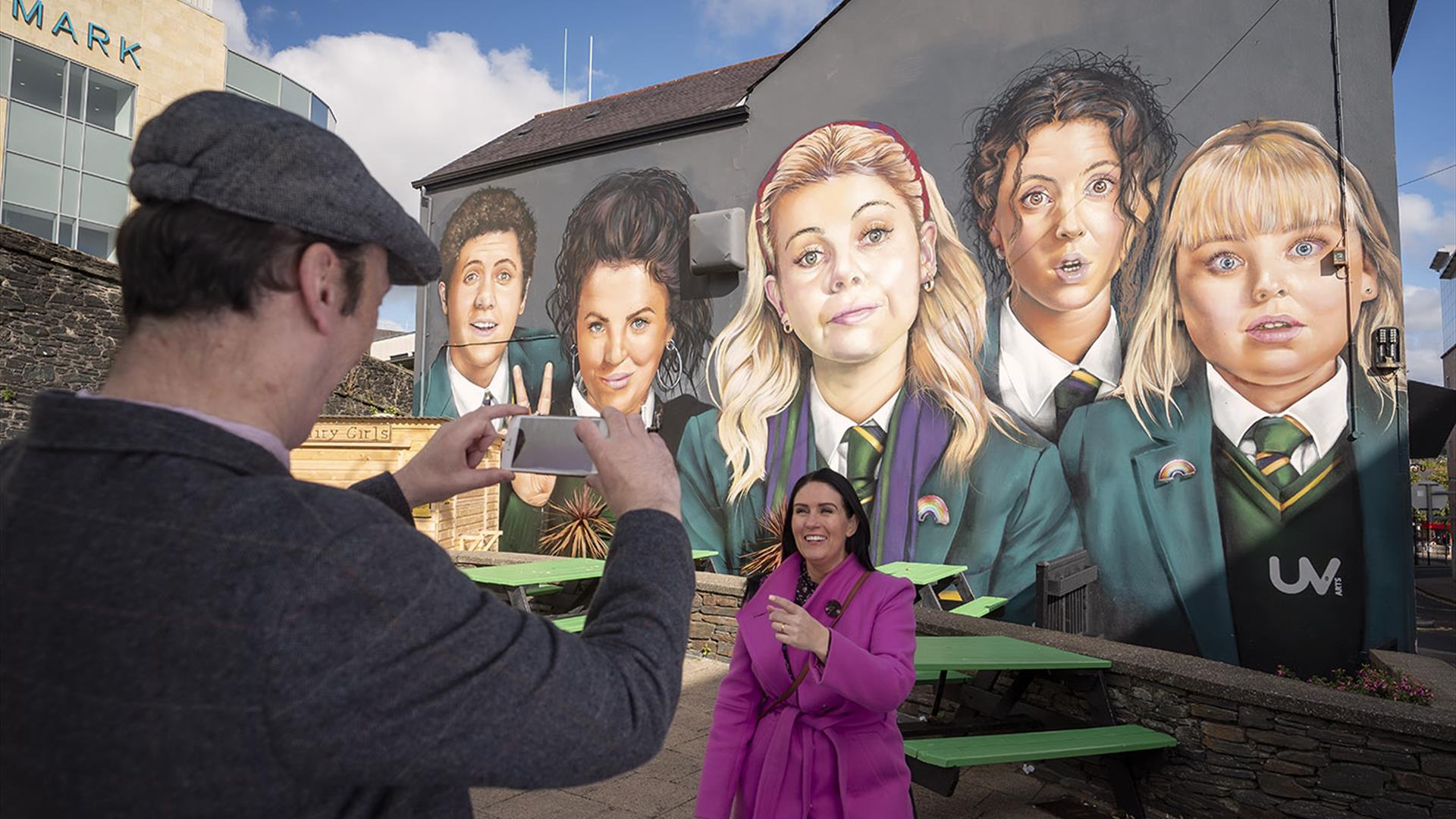 The Derry Girls Mural was created by a local not-for-profit company, UV Arts, and is located on the side of Badger’s Bar and Restaurant, opposite the Foyleside shopping centre.

Written by Derry girl, Lisa McGee, the first series was broadcast on Channel 4 in January 2018, followed swiftly by the equally succesful second series in March 2019. A third and final series aired in April 2022, followed by a one hour special in May 2022.

The show is available on Netflix Worldwide and has won numerous awards, including a BAFTA nomination.