You are here: Home > Things to Do > Ederney Covered Wishing Well 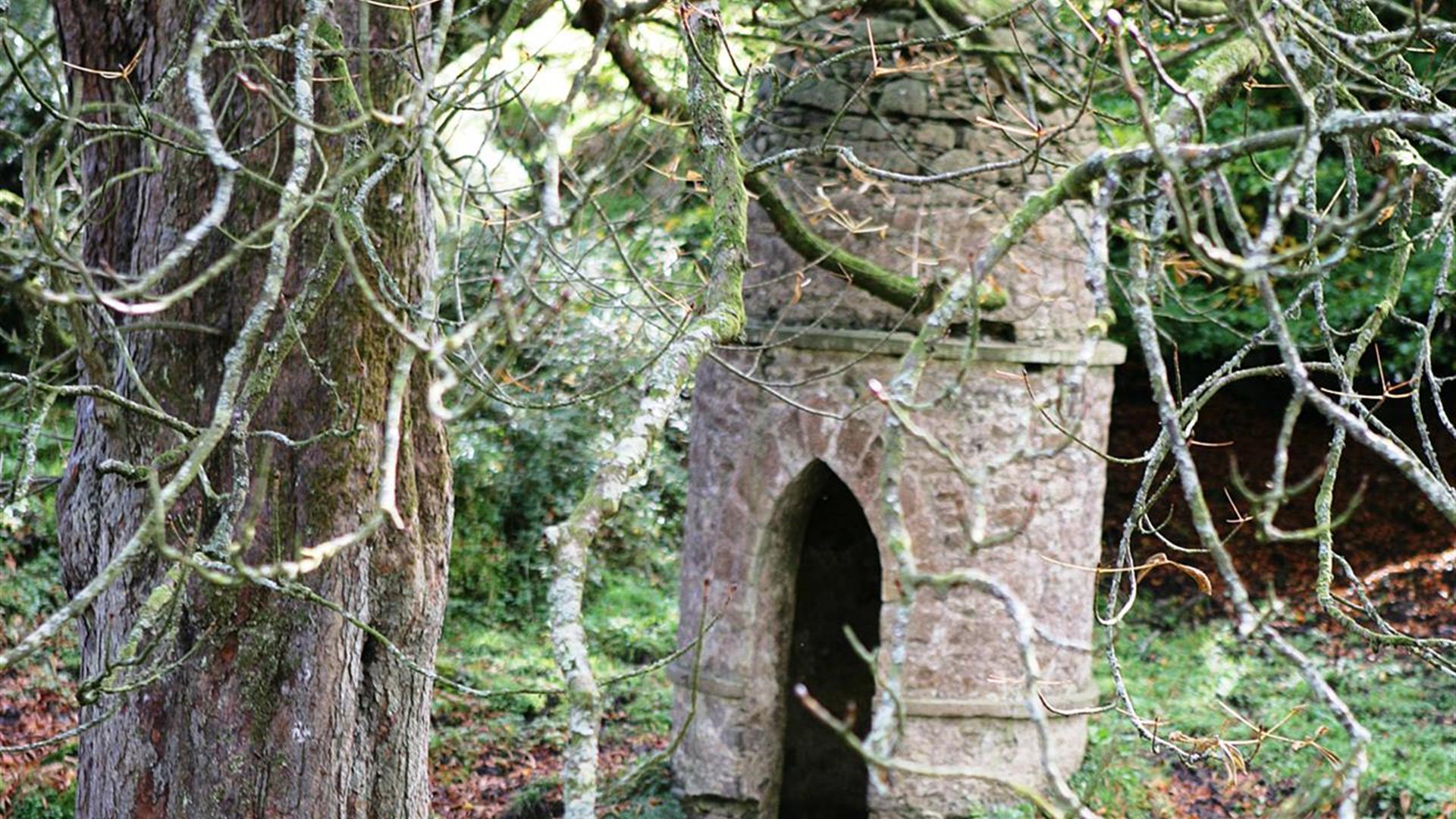 Ederney Folklore - The Glendarragh Wishing Well on the edge of Ederney village (on the Lack road). The said well was originally part of the Glendarragh Lodge grounds but in the late 1850s was separated by the construction of a new Ederney to Lack road.

The Celtic peoples believed that springs and wells to be sacred places. Sometimes the places were marked with wooden statues possibly of the god associated with the pool. Water was seen to have healing powers and consequently wells became popular with many people drinking, bathing or just simply wishing over it. In the circumstance of the Glendarragh Wishing Well, a 19th century born Ederney (Edenclaw) resident and apparent foreseer, Terence Boyle believed that uttering a wish at the well would be granted and had been a custom in the area for centuries

Such a myth may be a leftover from ancient mythology such as Mímir's Well from Nordic myths, also known as the "Well of Wisdom", a well that could grant you infinite wisdom provided you sacrificed something you held dear. Odin was asked to sacrifice his right eye which he threw into the well to receive not only the wisdom of seeing the future but the understanding of why things must be. Mímir is the Nordic god of wisdom, and his well sits at the roots of Yggdrasil, the World Tree which draws its water from the well.

Meanwha local historian explains the myth surrounding wells and springs and has interpreted that such bodies of water were, for example, closely identified with the goddesses, Bóann and Sionann, who are thought to be part of the water's flow. These revered water springs are also frequently associated with the fruit of certain trees.
In pre-Christian Ireland, he detailed that such wells were visited at distinct times of the year including Imbolc on the 1st February, Beltaine on the 1st May , Lughnasa on the 1st August and Samhain on the 1st November. These were known as key ‘turning-points’ in the Celtic calendar. This is particularly true for Samhain, where the veil between the living and the dead was at its thinnest point, and frequently visions of the good people were seen in sacred places.

Research indicates that many sites essentially comprise of three elements which include - the well, spring, or other water source; a sacred tree - usually very large and very old; and a hill or standing stone. These features played a part in the prescribed rituals for pilgrims who came to the sites looking for favours. These were known as "patterns" and almost always involved some kind of circular walk following the direction of the sun movement from east to west. In the case of the Glendarragh Wishing Well, the local historian was particularly enthused by its Well’s architectural circular structure with its easterly facing opening directed towards the rising sun. He believed the key element involved in these practices at such wells centred on meditation where the individual hoped to achieve some benefit.

Situated outside Ederney Village on the main road to Omagh, this unusual covered Wishing Well is the only one of its kind in the local area. Access to the Well is obtained through a Kissing Gate which is located near to the roadside.