You are here: Home > Things to Do > Portora Castle 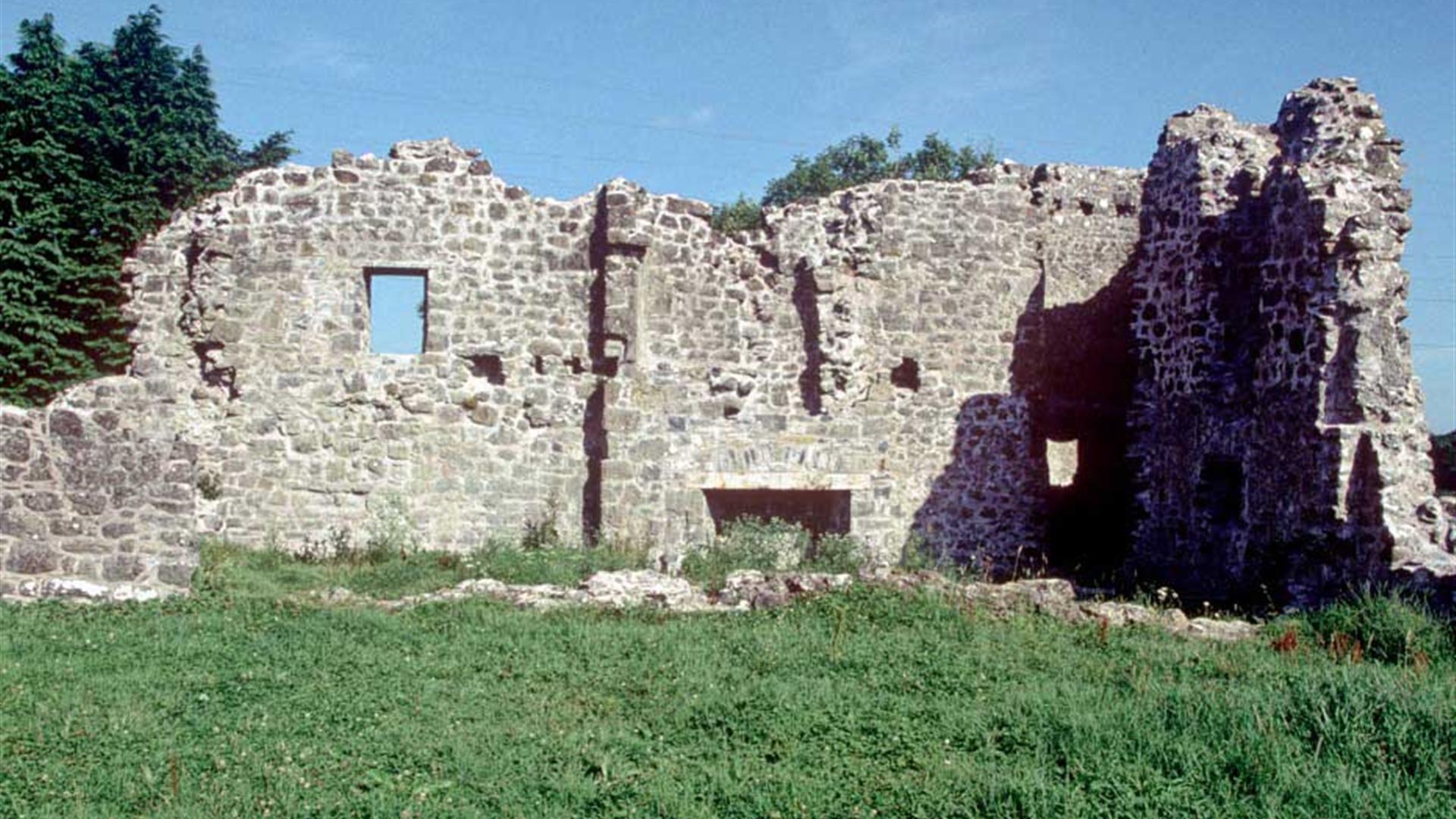 Portora Castle guards a former crossing point where the river joins Lough Erne. Built in 1613 by Sir William Cole, it consisted of a 3 storey house across the breadth of the bawn which was defended by 4 circular towers.

The house was let to Bishop Spottiswood, Bishop of Clogher until 1629 and thereafter was occupied by the Coles until 1764. The castle had an important military role in the 1641 rising and again in 1688, it withstood these sieges without damage, but finally fell to boys of Portora School playing with homemade explosives in 1859 and was further damaged in the great gale of 1894.

The two tall round towers to the north west were part of the house, which occupied this end of the bawn. They have splayed gun-loops for defence and there are traces of fireplaces in the house wall, but little survives of its other walls. The east flanker tower was lost to river dredging works, but the south tower still stands, lower than those linked to the house. Excavation in the bawn in the 1990s showed that very few archaeological remains survived.

No unaccompanied children under the age of 16.

Directions from Town:
1 mile (1.6km) north-west of Enniskillen, reached by turning right from the A46 (Donegal to Belleek) road on the outskirts of the town and along a track towards the lough to a car park at the site.