You are here: Things to Do > Devenish Island Monastic Site 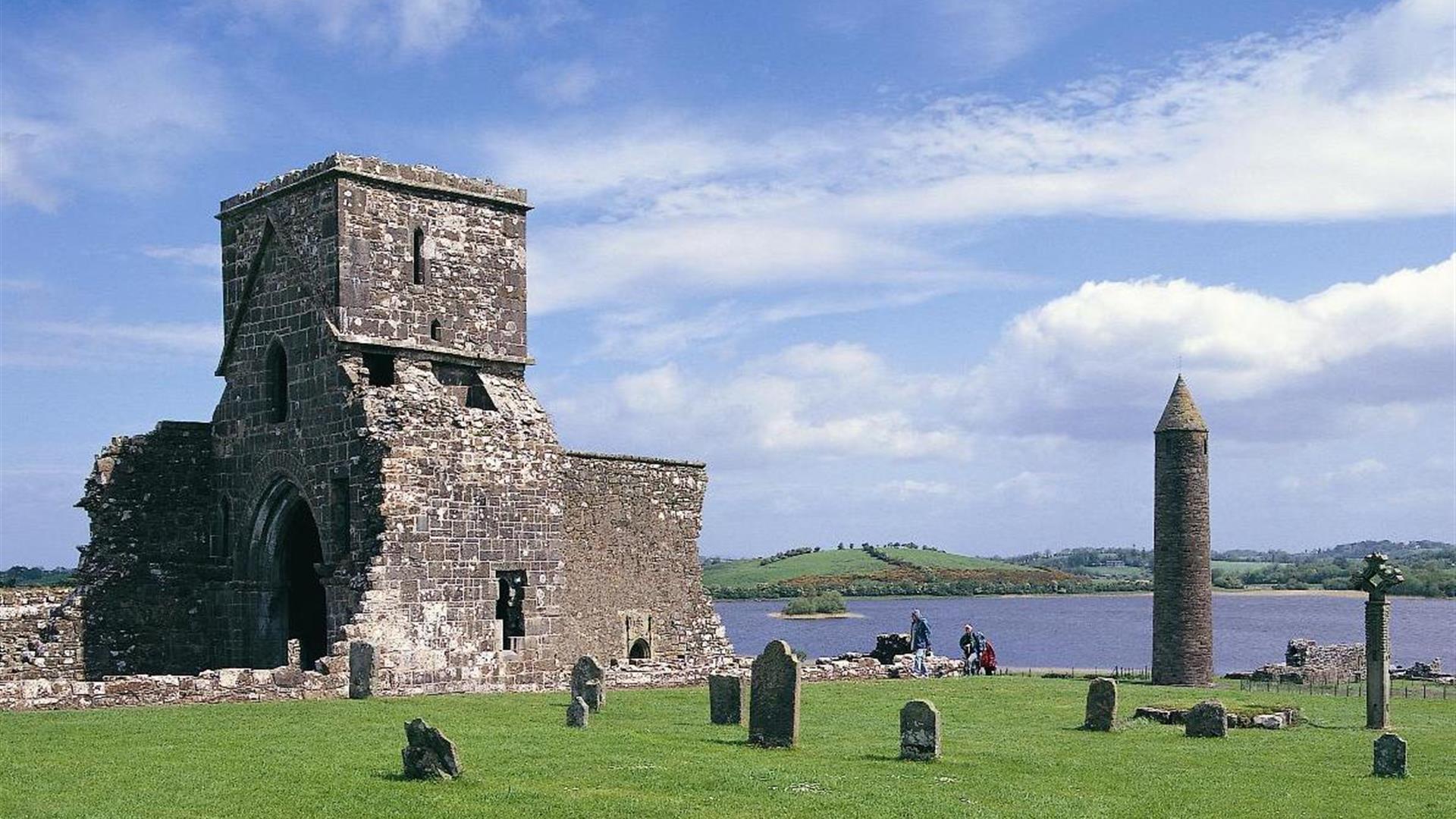 Devenish Monastic Site was founded in the 6th century by Saint Molaise on one of Lough Erne’s many islands. During its history it has been raided by Vikings (837AD), burned (1157AD) and flourished (Middle Ages) as a parish church site and St. Mary’s Augustine Priory.

There are ruins from different time periods on site; the earliest being St. Molaise house (small church) and the round tower which are 12th Century. A second church from the 13th Century, which was extended over time, was the lower church. St. Marys Augustinian Priory on the hilltop has been dated from the middle 15th Century to early 16th Century with a church, tower and small cloister. In the graveyard stands a distinctive, unusual, intricately carved stone cross from the 15th Century.

Please note Devenish Island is only accessible by water.