You are here: Home > Things to Do > Janus Figure, Boa Island 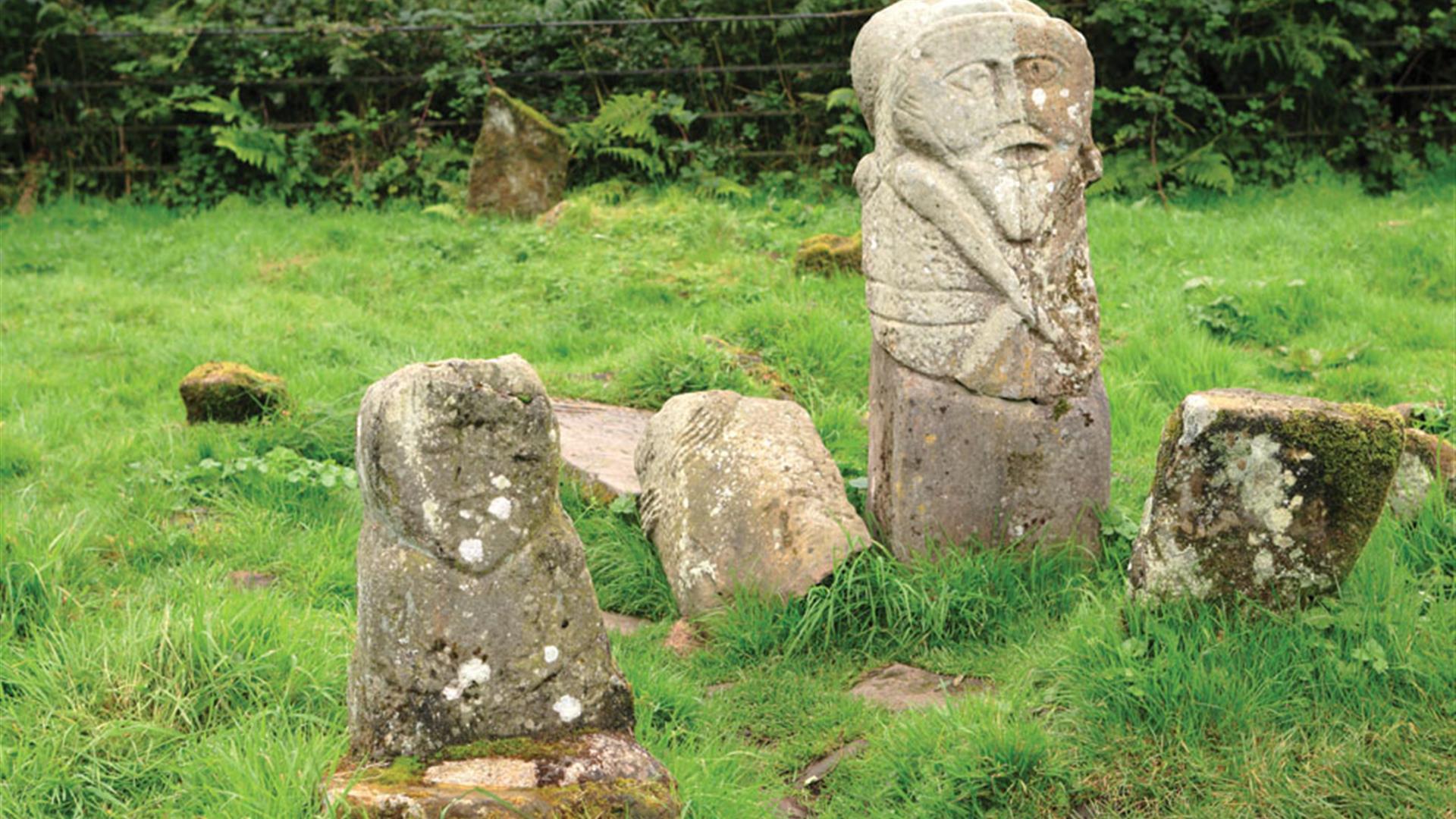 In Caldragh Cemetery on Boa Island, Lower lough Erne stand two unique stone carvings.They have been placed beside each other on unrelated pillars in the graveyard which is the original location of the Boa figure.

The larger of the figures is the Boa Island bilateral figure. It is regarded as one of the most enigmatic and remarkable stone figures in Ireland. It is called a Janus-figure because it has two faces, reminding some of the Roman two-headed deity Janus, however, it is not a representation of Janus. It is thought to represent a Celtic deity and could represent a Celtic goddess as readily as a god, especially given the name of the island.

Each side of the figure has a face and torso. On the sides of the stone where the two carved figures are joined, is an interlace design that may represent hair. The faces are large and pointed ovals in shape, with big eyes, straight noses, and half open mouths with protruding tongues above the pointed chins. The figure has no neck, with its head resting directly on its torso. The torso is a square block with hunched shoulders, crossed arms, and a belt. The lower section of the figure—two hands with elongated fingers carved in relief was broken away from the top part at an unknown time in the past. This base was recently discovered half-buried in the ground close to the figure.

In the top of the bilateral figure is carved a deep indentation of unknown purpose, and tourists often place small mementos in it for good luck.

From Fermanagh Town take the A32 North, then the B82 for about 10 kilometres then drive onto Boa Island (sign-posted).
The Cemetery at Caldragh is also sign-posted on your left about 2 kilometres down this road.