You are here: Home > Things to Do > Castlederg Castle 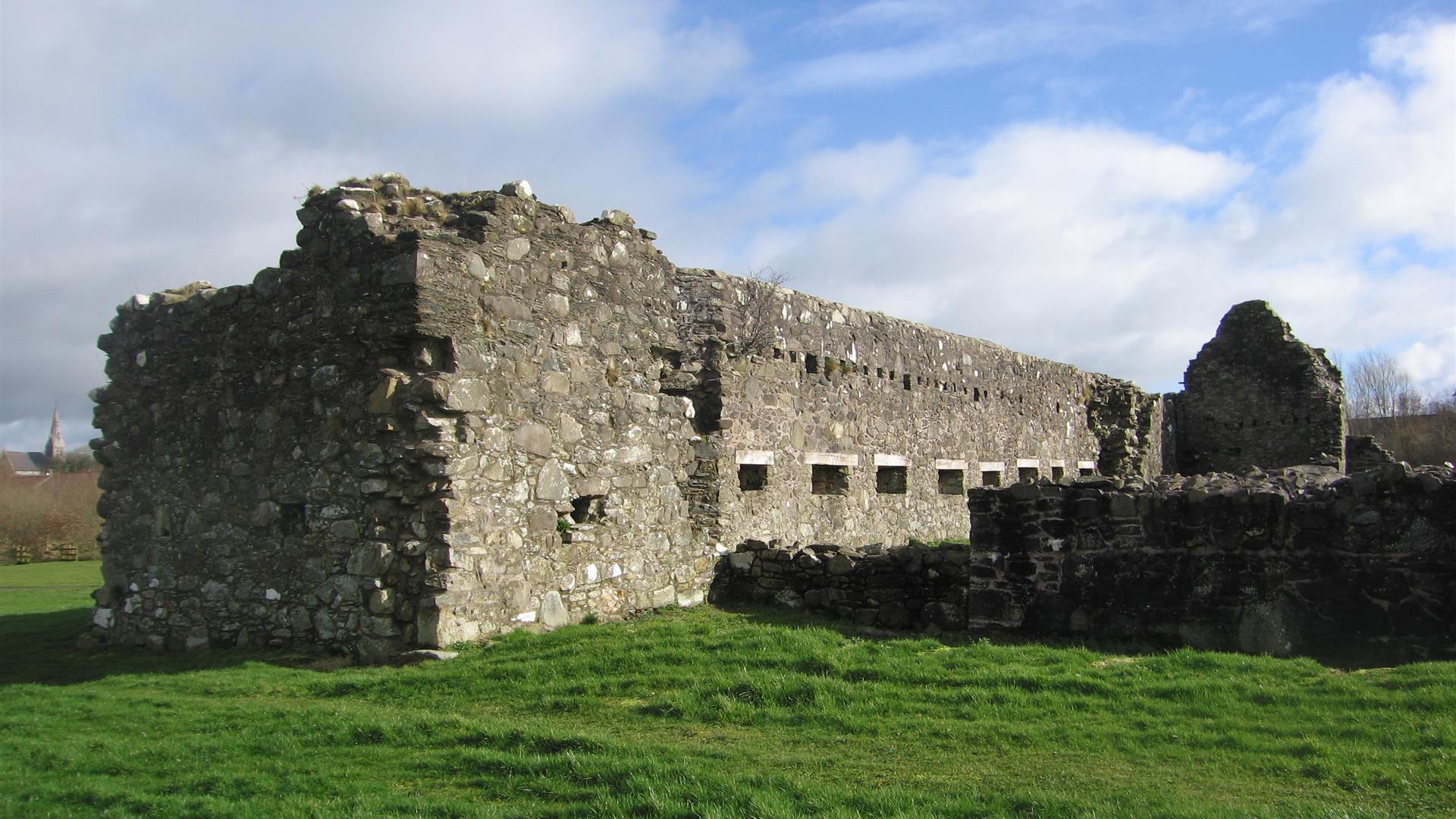 This Castle commands a strategic location on the River Derg, commanding a fording point between the O'Neill and O'Donnell Lordships since Medieval times. The ruins are the remains of a Plamtation era fortified House and Bawn. Archaeological excavations, however, revealed the remains of a 15th century O'Neill tower house which preceded the Bawn.

In 1497, returning from Tír connell, Henry Óg O'Neill took what was probably then the tower house from the O'Donnell's. This rivalry between the two powers continued until the 16th century when the two powers combined in the defence of Ulster against the encroaching Elizabethan armies. The break-up of the Gaelic order in Ulster resulted in a scheme of plantation.

The Castlederg area, lying within the new barony of Omagh, was granted to the English Attorney-General for Ireland, Sir John Davies. Two castles were constructed on his proportion, Castle Curlews (Kirlish Castle) outside Drumquin and the bulk of what can be seen today on the northern bank of the Derg at Castlederg.

The riverside flankers (one has been washed away by flooding) were open topped, providing a point for artillery emplacement. The flankers on the north side were roofed, forming part of the living area.