You are here: Home > Things to Do > Newtownstewart Castle 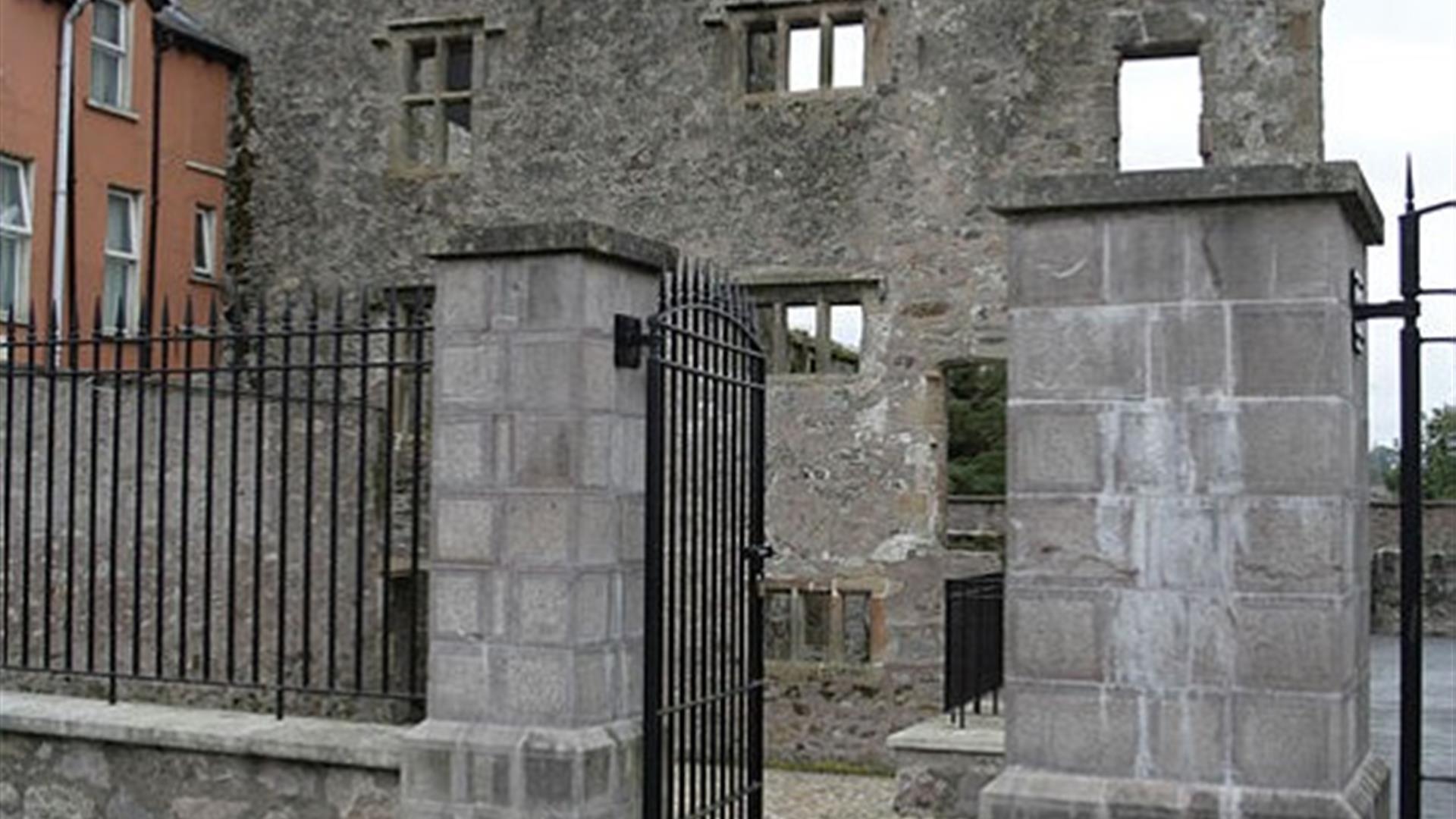 Its south-west and north-west walls and a little of the south-east return survive. The most distinctive feature is the triple gables to the street, with the tall chimney-stack over the smaller centre gable. The stepped gables are a Scottish feature while the 8-pointed, star-shaped brick chimney-stack is English. Half of a door survives near the south corner, frustratingly with only half the date (16..) visible on the remaining stone. Other features include the mullioned windows, clearly domestic and not defensive, fireplaces, a circular projecting stair tower, and a rectangular tower at the north-east corner, perhaps a flanker tower on the bawn wall. The archways in the interior remain from its use as the town market place in the 19th century. The castle was burned by Sir Phelim O’Neill in 1641 and again by King James in 1689, on his retreat from Londonderry.

Newtownstewart Castle has also the distinction of being the site of a significant Bronze Age discovery: An intact double cist grave and capstone.