You are here: Home > Things to Do > Crocknagrally Forest 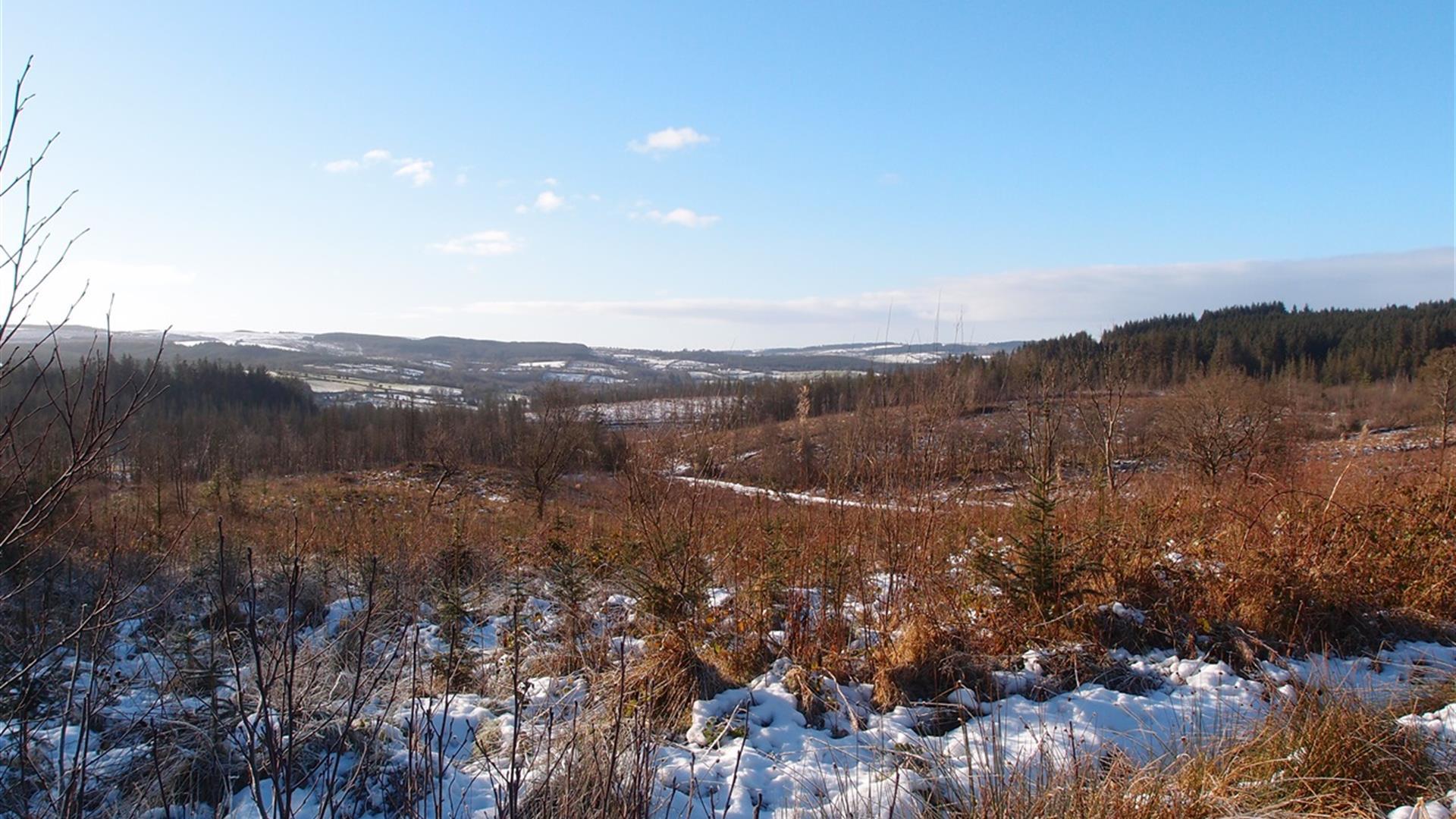 Take a walk through Crocknagrally Forest to enjoy getting back to nature. The mature plantations at Crocknagrally provide habitat for rare protected mammals including red squirrel and the shy and elusive pine marten. Birds that favor mature conifer plantations include the goldcrest (Ireland's smallest bird), and the crossbill. This walk was developed as part of the Clones Erne East Blackwater (CEEB) Rural Regeneration project.

Route:
From the small parking area at the forest entrance, walk into the forest, over a bridge and walk alongside the Colebrooke River. Follow the CEEB way marker to a slight left, and continue until you come to a 'v' junction. Keep to the left and walk through the atmospheric coniferous forests to be rewarded with great views at the top of the hill. Take a right at the top of the hill and continue on through the forest. Keep taking right turns for the next two finger post markers. The third will be a sharp right up a short, steep gradient. You will see a private lough to your right hand side, Crockacleaven Lough. Follow the road on until you come back to the 'v' junction and take a left to take you back out past the Colebrooke River and out into the car park again. Crocknagrally Forest was first planted in the early 1960s with subsequent planting every decade up to the present day. The main species planted are sitka spruce, lodgepole pine and Norway spruce. A limited amount of broadleaved plantation including oak, rowan and birch was planted in 1992. If you are very fortunate, you may catch a rare glimpse of some of the mammals in the forest. The mature plantations at Crocknagrally provide habitat for rare protected mammals including red squirrel and the shy and elusive pine marten. Birds that favor mature conifer plantations include the goldcrest (Ireland's smallest bird), and the crossbill. The crossbill derives its name from its upper and lower beak crossing over each other, being perfectly adapted to extract seeds from pine cones. Their presence is given away by its loud repeated call 'chup chup chup' but also by the sound of dropping of the cones as they extract the seeds. As you enter and leave the forest there is a stretch of road that crosses and runs alongside the Colebrooke River which can be observed from the bridge in Crockagrally Forest. The Colebrooke River has its source on the Slieve Beagh Plateau where its known as the Many Burns, eventually entering Upper Lough Erne near Inishcollan, Lisnaskea via the Coolebrooke Estate and Maguiresbridge.

Facilities:
No facilities in the forest. The nearest town is Fivemiletown, where range of suitable premises - about 5 miles away from Cooneen crossroads

The start of the walk is at the entrance to Crocknagrally Forest - located on the Mullaghfad Road approximately one mile from the Mullaghfad/Alderwood Road junction (six miles from Fivemiletown). When in Fivemiletown take the left turn sign posted Cooneen. Continue out this road until you cross a stone bridge, there will be a sign to the left saying Mullaghfad and Jenkin Lakes. Take the road to the left and after about 3km you come to a forest road entrance on the left. There is a small parking area at the forest entrance. The signage at this car park is for Crocknagrally Forest.