You are here: Home > Things to Do > Stones and Thrones Game of Thrones® Location Tour 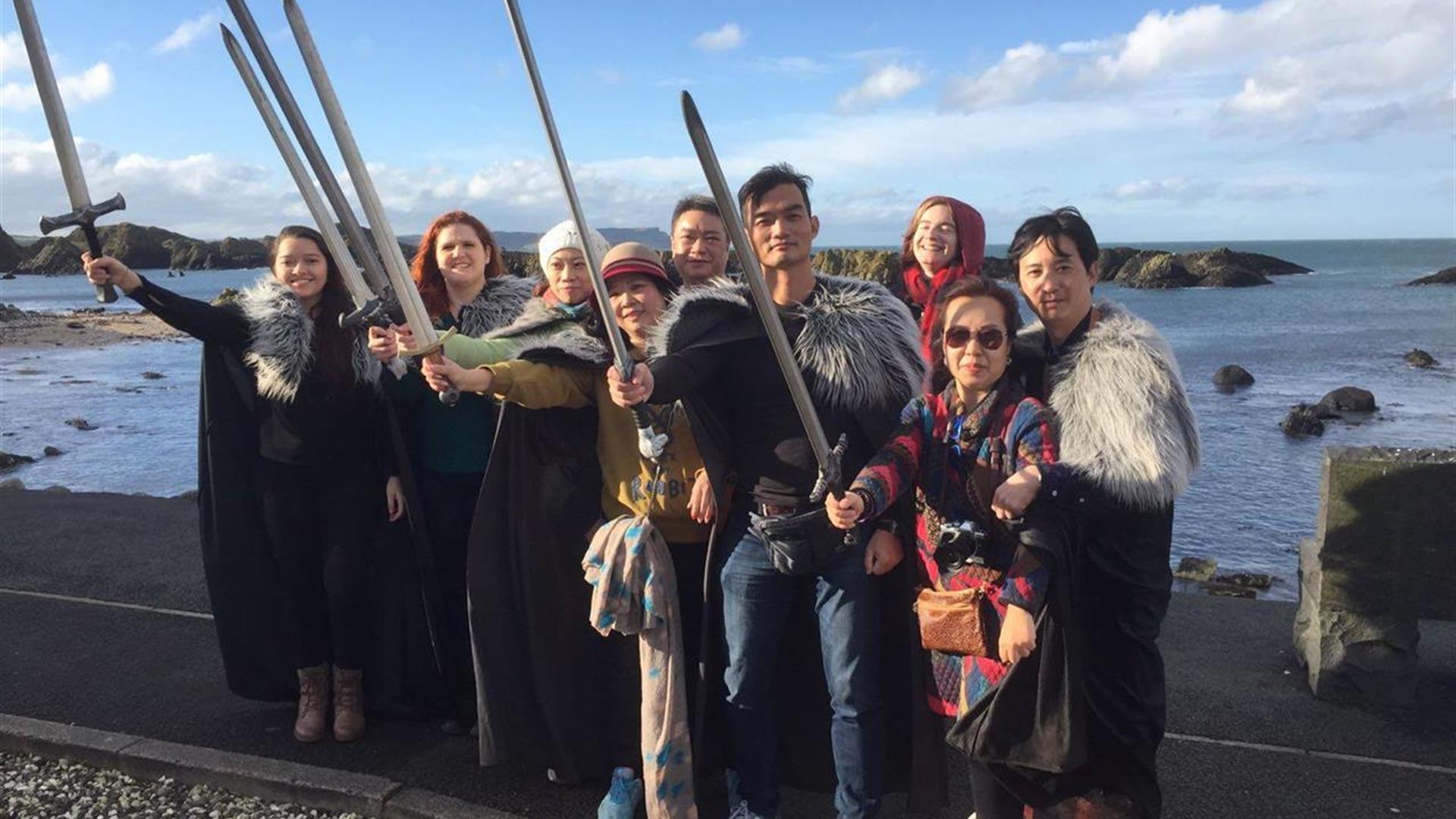 The Stones and Thrones tour is a unique day tour of discovery where you can explore the scenic splendour of the Seven Kingdoms and see where so many of the pivotal Game of Thrones® scenes were shot.

Travel with us to a magical landscape like no other, where you can indulge your fascination for Game of Thrones®, and marvel at the beauty and splendour of the Causeway Coast & Glens. On this adventure, we also spend approximately 1.5 Hours visiting the Giant's Causeway. You won't find this tour anywhere else.

Start your day with travelling along the scenic Causeway Coastal Route rated the fifth best road road trip in the world (As you travel north, your private guide will talk to you about the popular Game of Thrones® TV series, adapted from George R.R. Martin’s A Song of Ice and Fire novels.

Stop in the town of Cushendun and walk to the caves where Melisandre of Asshai gave birth to her ‘shadow creature’ who went on to slay Renly Baratheon. Hear tales of the power struggles, battles and trysts between the noble families of Westeros, and learn gossip about the morally dubious King Joffrey Baratheon.

Travel to Ballycastle ( home to the world famous Lammas fair and the birthplace of Game of Thrones® star Conleth Hill (Varys). to see where Varys was born as a slave in the Free Cities, and after stretching your legs on a stroll, travel to the Dark Hedges road. With its natural archway of intertwined trees, the road is one of Ireland’s most photographed locations and the place where Ayra Stark dressed as a boy to escape from King’s Landing. Pose for pictures, and then continue your journey north.

The next destination is Carrick-a-Rede Rope Bridge – an iconic crossing that connects the mainland to Carrick-a-Rede Island. While not used in Game of Thrones®, the bridge is framed by magnificent headland that provided a backdrop for several scenes.

Take a break for lunch (own expense) at Ballintoy Harbour (Lordsport Harbour in the series) and then travel to the UNESCO-listed Giant’s Causeway to explore at leisure. While the location hasn’t been used in Game of Thrones®, the site is the Causeway Coast’s showpiece, and it’s well worth visiting while in the area. Walk around admiring the hexagonal rock columns and gaze out at the crashing waves along the dramatic coastline.

This tour is independently operated by Diamond Leisure Transport Ltd. It is not sponsored, endorsed, or affiliated with HBO or anyone associated with Game of Thrones®.