You are here: Home > Things to Do > St Aidan's Church and Holy Well 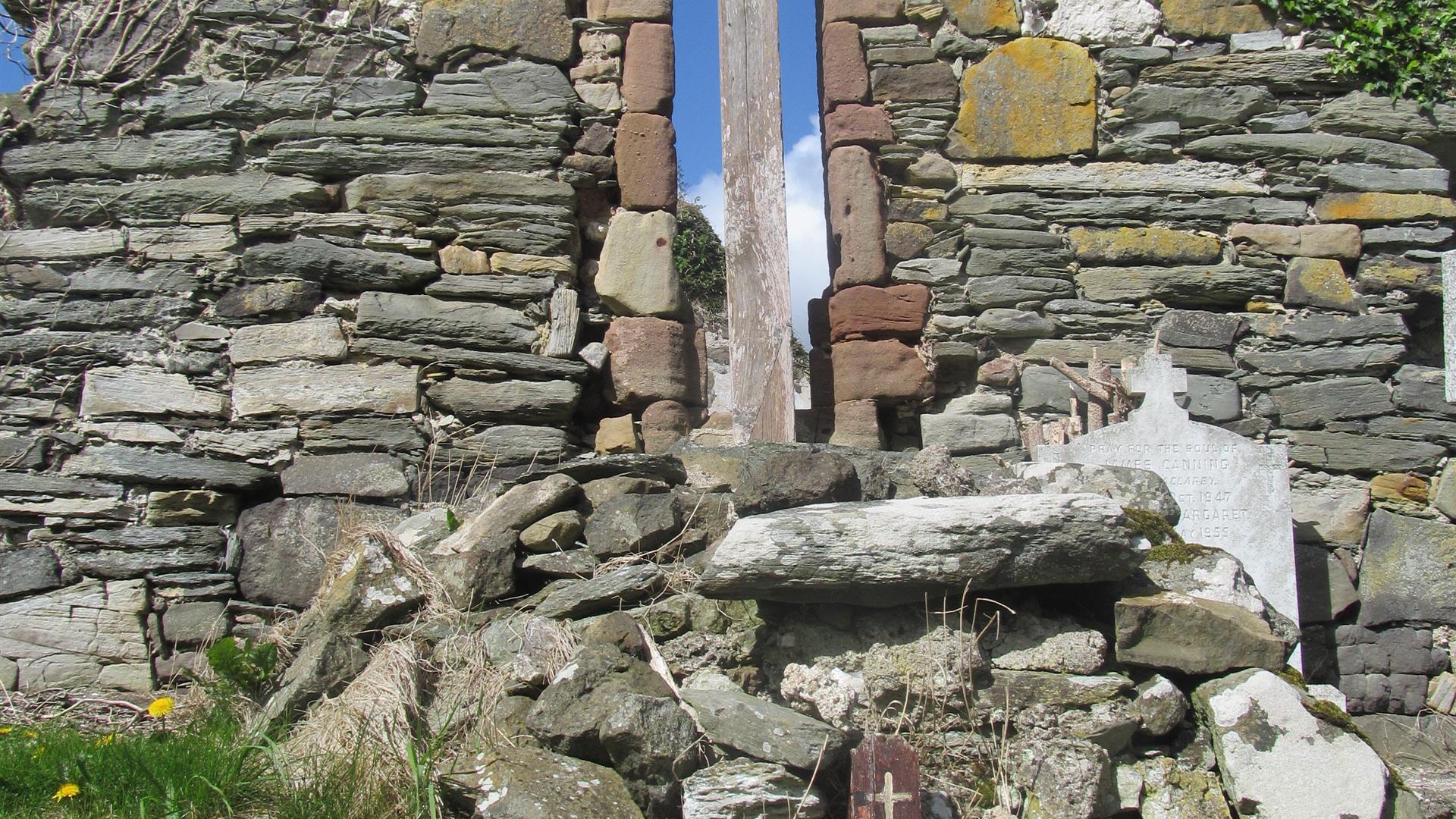 The earliest remains of a church at St Aidan’s date back to the 13th century but an ancient holy well at the site indicates that this was a pre-Christian spiritual site.

The Church, originally known as Tamhlacht Oirthear Arda, became known first as Teampall Chadáin or St Cadan’s Church, and this through similarity in pronunciation was altered to St Aidan’s. St Cadan was a follower of St Patrick and his grave lies under the gable of the medieval ruins. The water from the nearby holy well is said to cure ills when applied to the afflicted area.

Post reformation, the graveyard was used by both the Catholic and Church of Ireland communities and after the relaxation of the Penal Laws the church was returned to the Catholic Church by Bishop Hervey, the Earl Bishop of Derry. It was he who built the Bishop’s House and Mussenden Temple at Downhill further along the coast.

The present Roman Catholic Church was built here in 1826 after the Catholic Emancipation Act was passed, relaxing the Penal laws against practicising Catholicism. The nearby Church of Ireland at Duncrun was built around the same time by the Bishop Hervey for his Church of Ireland congregation. It is situated a couple of miles away on the same road.

Buried in the graveyard of St Aidan’s is Donncha Ó hÁmhsaigh, known in English as Denis Hempson or Denis O’Hampsey, the renowned blind harper from Magilligan and known as last of the bards. He was born in 1695 in the townland of Craigmore, Ballerin, between Garvagh and Limavady, and died in Magilligan in 1807 at the ripe old age of 112. He is buried alongside his daughter and his wife, who he married at the age of 86.

Also buried here is Eddie Butcher (1900-1980), the renowned folksinger from Magilligan. His repertoire is reputed to have stretched to some 300 songs.