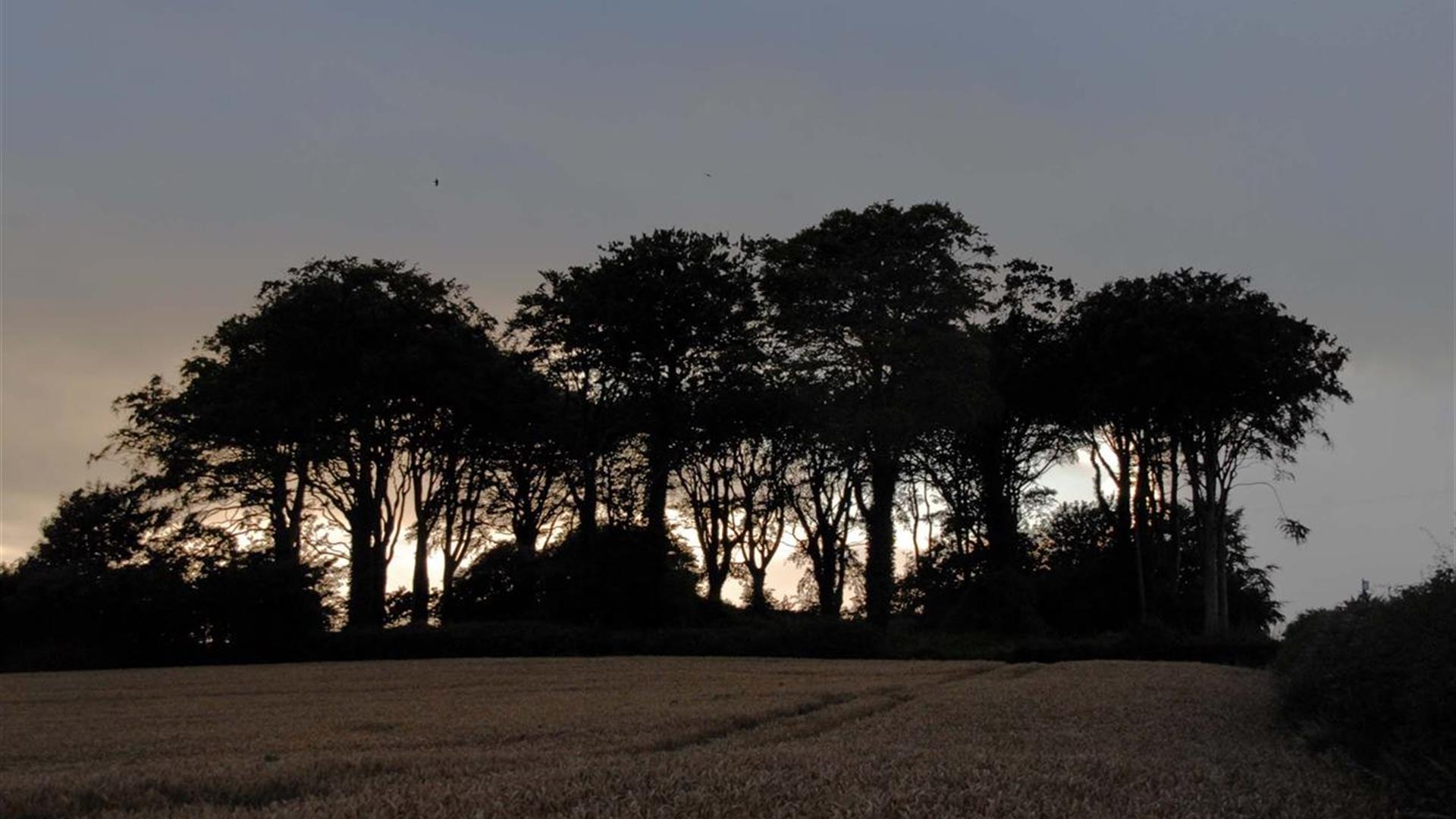 Rough Fort, on the Limavady to Ballykelly road, is a remarkable earthwork construction over 1000 years old. Known as a rath, it was originally used as a defended farmstead into which livestock could be driven in the times of emergency. National Trust Property. The Rough Fort is situated on the Causeway Coastal Route.

One of the best preserved Raths in Ireland, it was gifted to the Trust in 1937 by local landlord, Mr Marcus McCausland, who was also the Chairman of the Northern Ireland Committee of the National Trust.

Like thousands of other such monuments that still exist today, it owes its preservation, in the main, to the superstitions surrounding it. The Rough Fort is regarded as the haunt of the fairies and locals were loath to damage it for fear of retribution from the ‘wee folk’.