You are here: Home > Things to Do > Sliabh Beagh Way 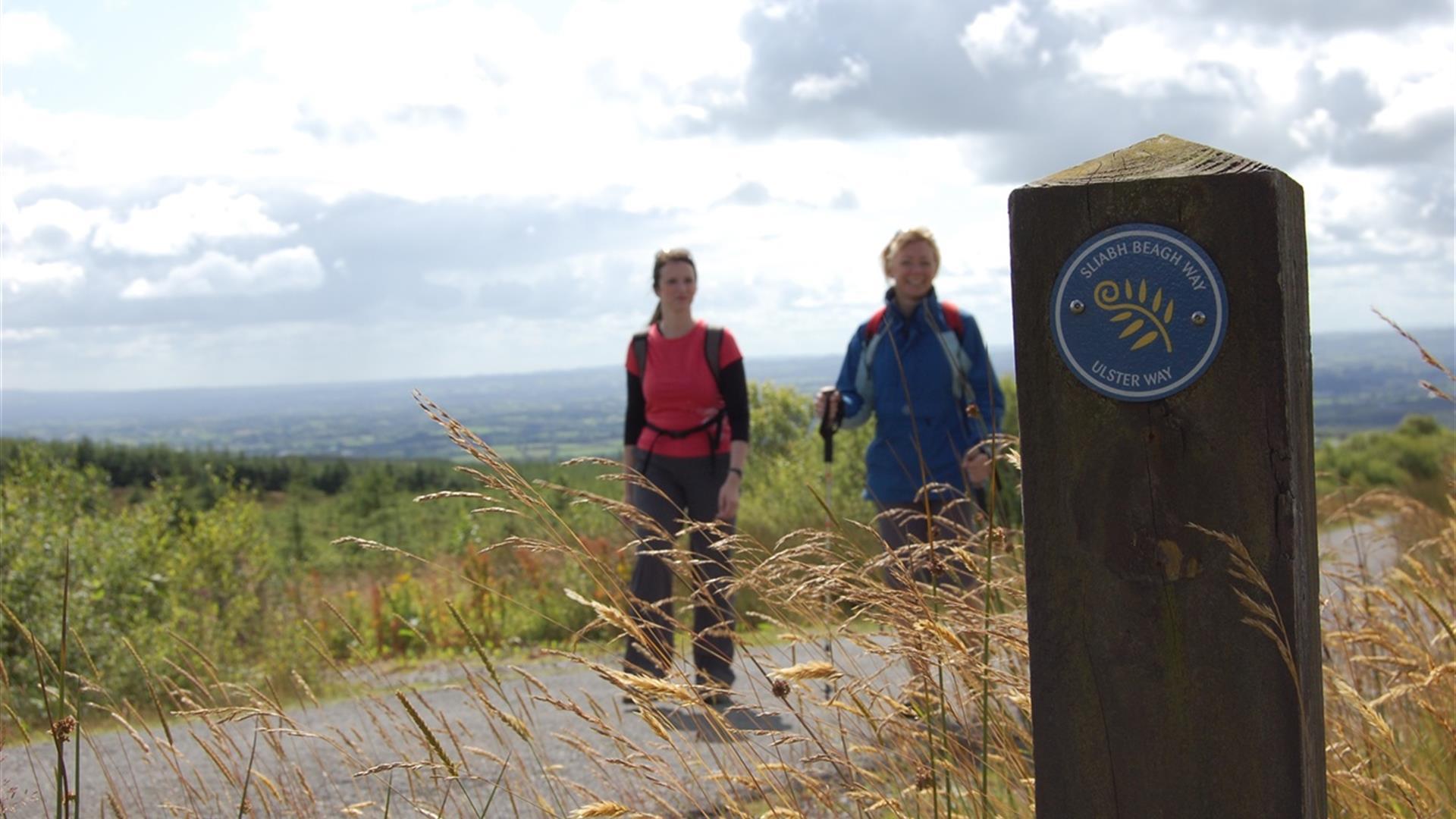 Steeped in local myth and legend, the Sliabh Beagh Way meanders through the valleys of Co Tyrone, the drumlins of Co Monaghan and the lakeland of Co Fermanagh.

Facilities:
Car parks and picnic sites are situated along the route

From Augher, take the A28. After approximately 6 miles, turn right at the T-Junction. This will take you onto the main street leading into Aughnacloy. Take the second right, Ravella Road. Here is where the route begins. Park on the main street in Aughnacloy.