You are here: Home > Things to Do > Kirkistown Castle 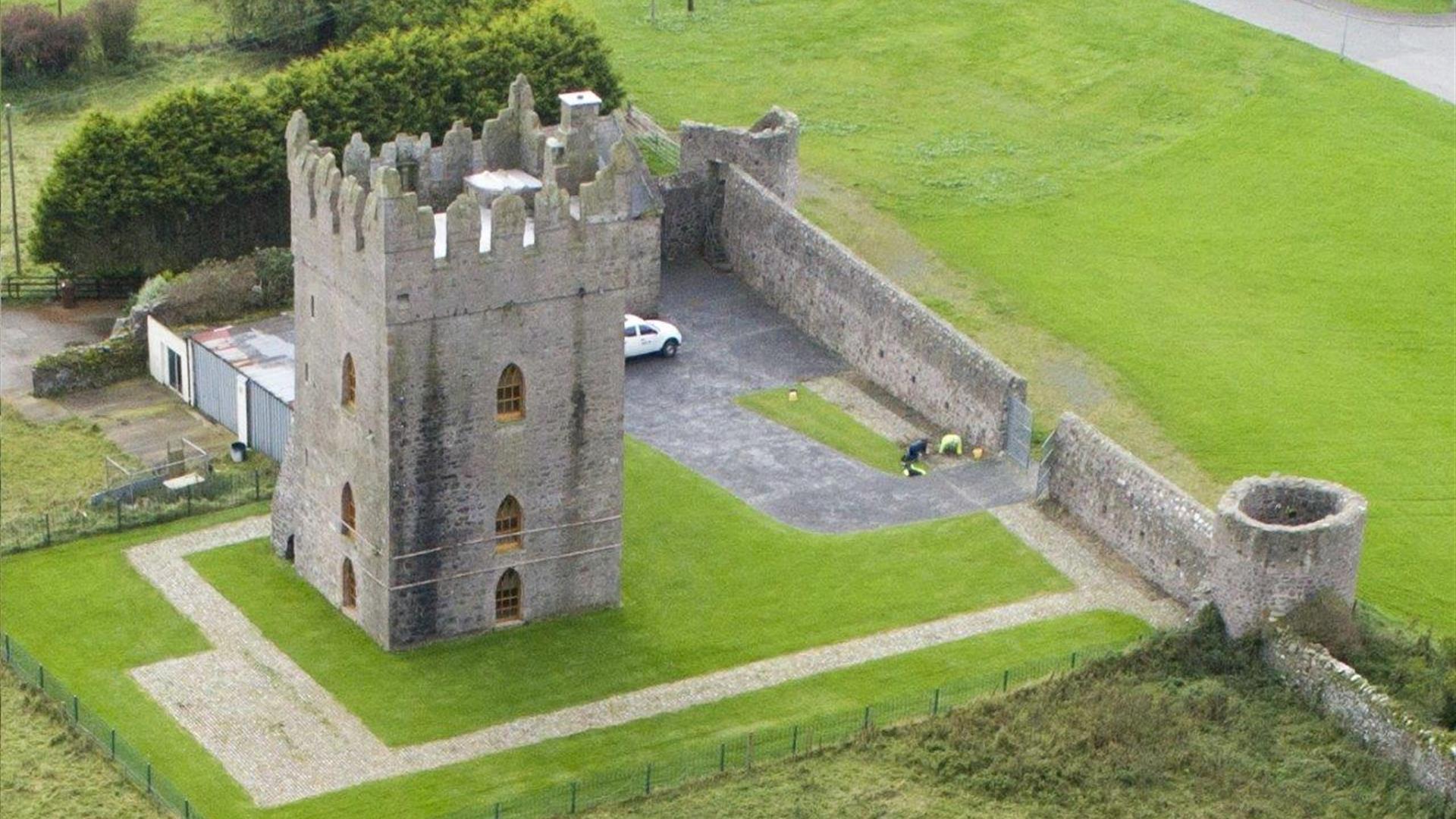 The precise date of the construction of Kirkistown Castle has been debated recently, but it is traditionally believed to have been built by Roland Savage of Ballygalget in 1622, possibly reusing an earlier site.

The castle comprises of a three storey tower house within the remains of a bawn (fortified enclosed space) and a later barn. There has been gradual subsidence of the tower house over the centuries as its foundations were not built to accommodate the marshy ground. In the late 19th century buttresses and two iron braces were added to halt movement in the walls. The tower has been subjected to numerous alterations over its history and was extensively remodelled in a neo-gothic style in the early 19th century.

* The castle is currently closed to the public. Opening arrangements will be published here when applicable.