You are here: Home > Things to Do > Greencastle Royal Castle 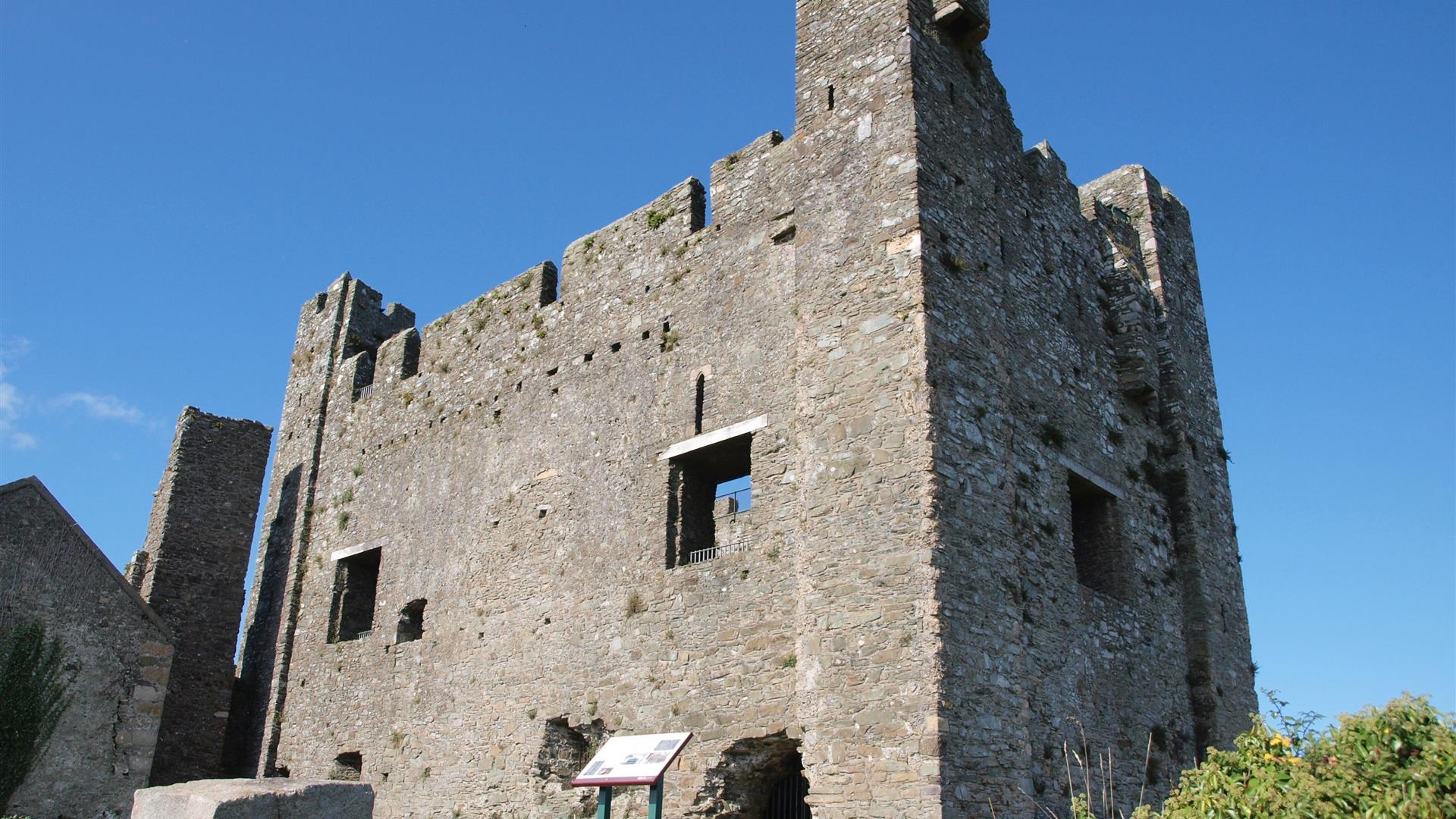 **** Please note the site is currently closed (September 20919)****
Commanding the mouth of Carlingford Lough, the Castle has an eventful history. It was built in the 13th century, taken by Edward Bruce in 1316, attacked at least twice by the Irish in the late 14th century and maintained as a garrison up to 1590.

It is approached across a rock-cut ditch, which excavations revealed to be 7m wide at top, 3m at base & 3.5m deep. The curtain wall had 4 corner towers, of which only the bases of 2 remain. The 4 storey keep, 18m x 8.5m internally, is 13th century with later alterations.

From its setting on a rocky height beside Carlingford Lough, it has commanded the ferry link with Carlingford and defended sea and land communications. Due to various attacks on the castle over time, the building standing to day is a mix of 13th – 16th century structures.

Access is limited for wheelchair users and those who have difficulty walking.

No unaccompanied children under the age of 16.