You are here: Things to Do > Erne Water Taxi

The best way to really see the Fermanagh Lakelands is from the water, and if your boat is skippered by Barry Flanagan, you'll see and hear so much more – from tales of island life, to the distinctive call of a moorhen.

There is no set itinerary and countless possibilities. Starting from Enniskillen, Ireland’s only island town, Barry will choose your route, based on his knowledge of Lough Erne’s changing currents, seasons and movements of wildlife.

As you travel, he will show you secretive creatures such as kingfishers, and intrigue you with poignant stories of the now largely uninhabited islands, from the Bronze Age to the 1980s.

For centuries, these islands were home to thriving communities making a living through farming and fishing; at the turn of the 20th century, there were around 500 residents.

Approaching one of the islands, Barry turns off the boat engine so you can hear… nothing but silence. You’ll see other landmasses, however, where there are still plenty of inhabitants: sheep, pigs and cows which have been transported here by ferry and look pretty happy to be roaming around on their very own island.

On Devenish Island, meanwhile, you can experience the peace of the sixth century monastery and see the ruins of notable churches. For many people, this is a spiritual moment. For others, it’s simply a fascinating slice of history, or a chance to savour the tranquillity.

Like your time on Lough Erne, it all seems far removed from the pace of the everyday modern world. “From Enniskillen, in 15 or 20 minutes you can feel like you have gone back in time,” says Barry. “You’re looking at landscape that hasn’t changed.”

After your trip, Barry can drop you off at the luxurious Lough Erne Resort (a five-star resort which hosted the 2013 G8 Summit), or take you back to Enniskillen, a magnet for foodies. 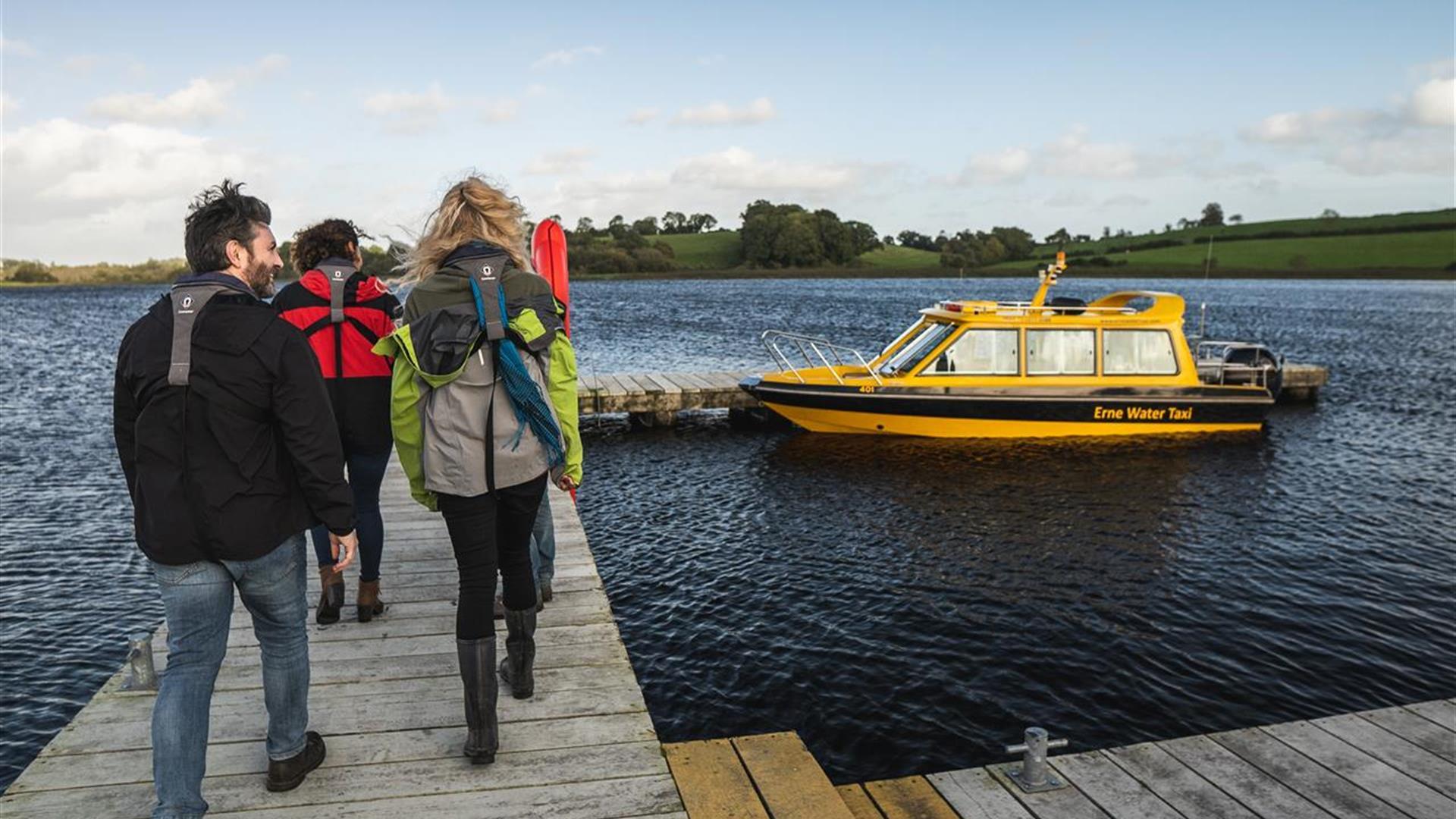 * March - October
Operates anytime during daylight hours. We do not have a timetable or set times for departure, instead we leave it up to you to choose a time to fit your schedule.