You are here: Home > Things to Do > Clough Castle 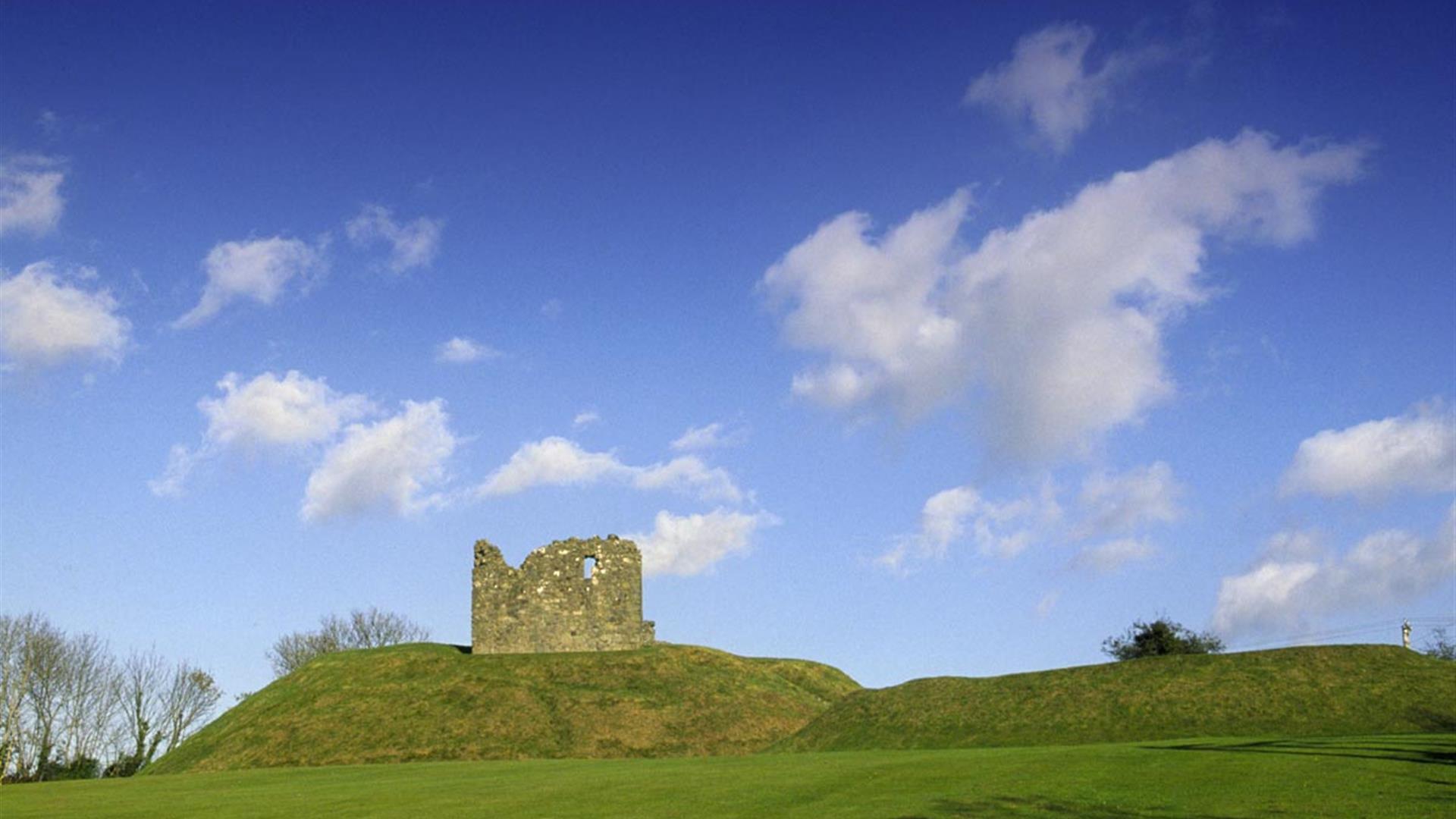 The motte and bailey at Clough dates to c.1200 and is an excellent example of an Anglo-Norman earthwork castle. The taller mound, the motte, was built of earth to provide a look-out position and the central defence. Excavations at the top of the motte during the 1950s uncovered a wooden palisade which originally extended around the summit. The stone foundations of long rectangular hall were also found in the northeast of the area, dating to the mid 13th century. A small rectangular stone keep was added later in the 13th century in the SW area. The stone keep was later restored and enlarged as a tower-house in the late 15th/early 16th century.

The small kidney shaped bailey lies to the south of the motte and would have originally been seperated from it by a 2.1m deep ditch. The bailey provided a space for other domestic buildings and livestock.

When you climb the motte you realise what an important position the castle is in, over looking the routes east to Downpatrick, south to Dundrum and north to Belfast Lough. The views from the top of the motte west to Slieve Croob are particularly fine.

Directions from Town:
Clough village, at junction of A24 and A25.