You are here: Home > Things to Do > Cavehill Walking Tours

Your tour begins at Belfast Castle car park with a short history of the Castle, the Donegall family and their connection to Belfast and nearby Carrickfergus.

Then you’ll head past the castle and along the walkway through the castle park. Your view of Belfast Lough below expands as you ascend the hill, and on a good day you can see the whole city and beyond. Meandering upwards past the caves themselves, there’ll be a number of stops during which you can take in the views and points of interest while listening to the stories associated with them.

You’ll take the scenic route towards the summit, a rocky outcrop known as ‘Napoleon’s Nose’, which is said to have been an inspiration for Gulliver's Travels. You’ll ascend a small hill towards the ancient cairn and learn from your guide of the people who lived here in prehistoric times, including the builders of the cairn and Neolithic forts which once dotted the landscape. Stone age people settled here because the ground was rich in flint, and several millennia later, the ancient kings of Ulster were in residence here too.

The walk is a circular route, which loops you back towards the car park and a stroll through the Castle gardens. Why are there nine portrayals of cats here? You’ll have to visit to find out! At the Castle café, you’ll have reserved seats by the window and superb views of the grounds. Tuck into some well-earned refreshments and meander through the Castle itself. In the visitor centre there’s a particular display you might be interested in: it’s devoted to the very hill you’ve just conquered. 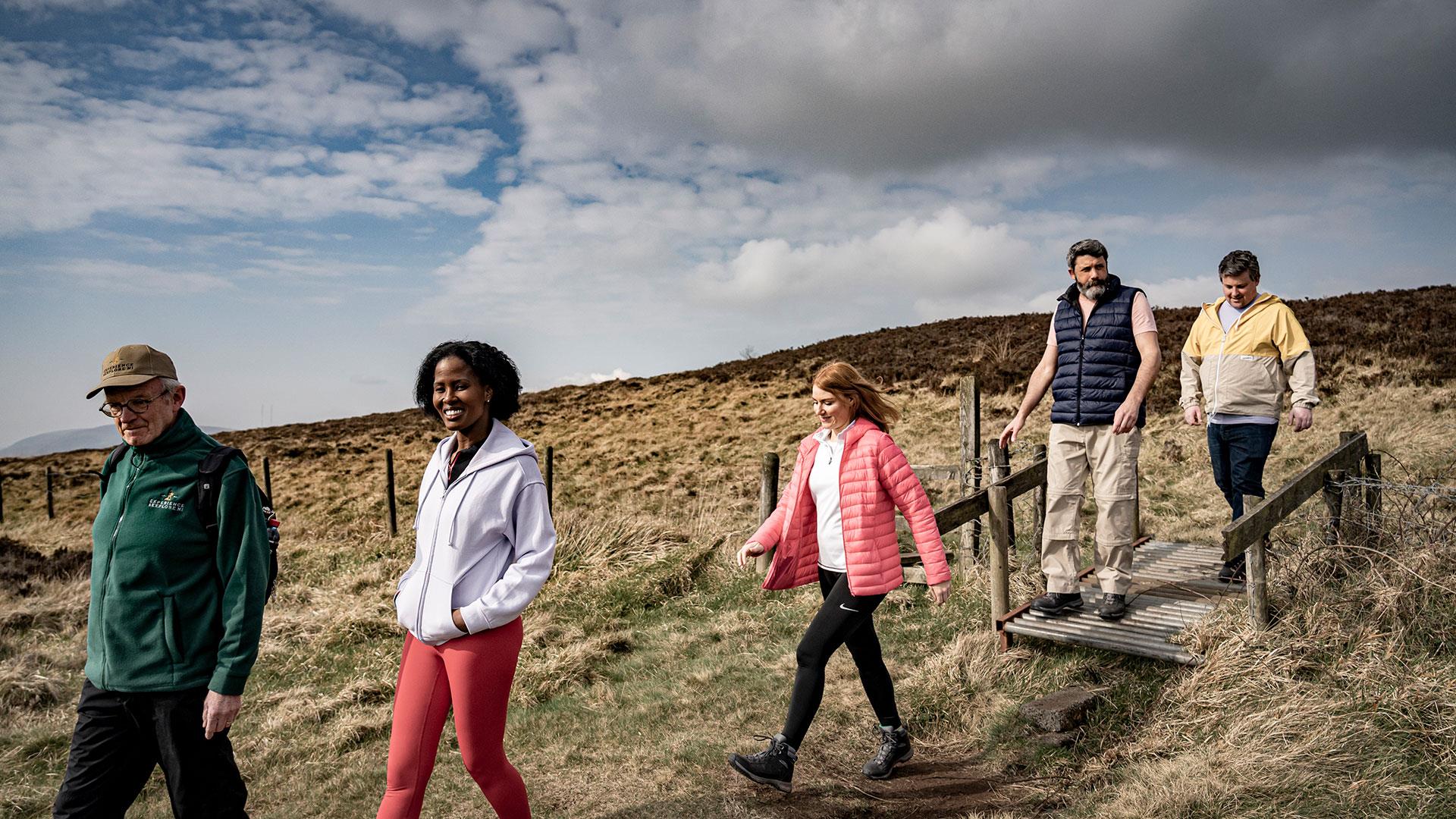