You are here: Things to Do > HMS Caroline

The First World War battleship HMS Caroline is the last surviving ship from the 1916 Battle of Jutland, the largest naval battle of the conflict. Now a floating museum, it invites its visitors to experience the highs and lows of life at sea. Stepping on deck, you are stepping back in time.

Built in 1914, HMS Caroline was one of the fastest warships of the era, with top speeds of up to 30 knots.

During the epic Battle of Jutland off the coast of Denmark, more than 8,500 lives were lost as around 250 ships from the UK and Germany fought it out. After the war, HMS Caroline was berthed in Belfast as a training ship, and also served as a home base during the Second World War.

With two world wars behind her, the carefully restored HMS Caroline is still in the water but safely docked in the city’s Titanic Quarter, with views of Belfast Lough in the distance.

Many of the seamen who served on board HMS Caroline may be long departed, but their memory, and their fascinating stories, live on here in Belfast. 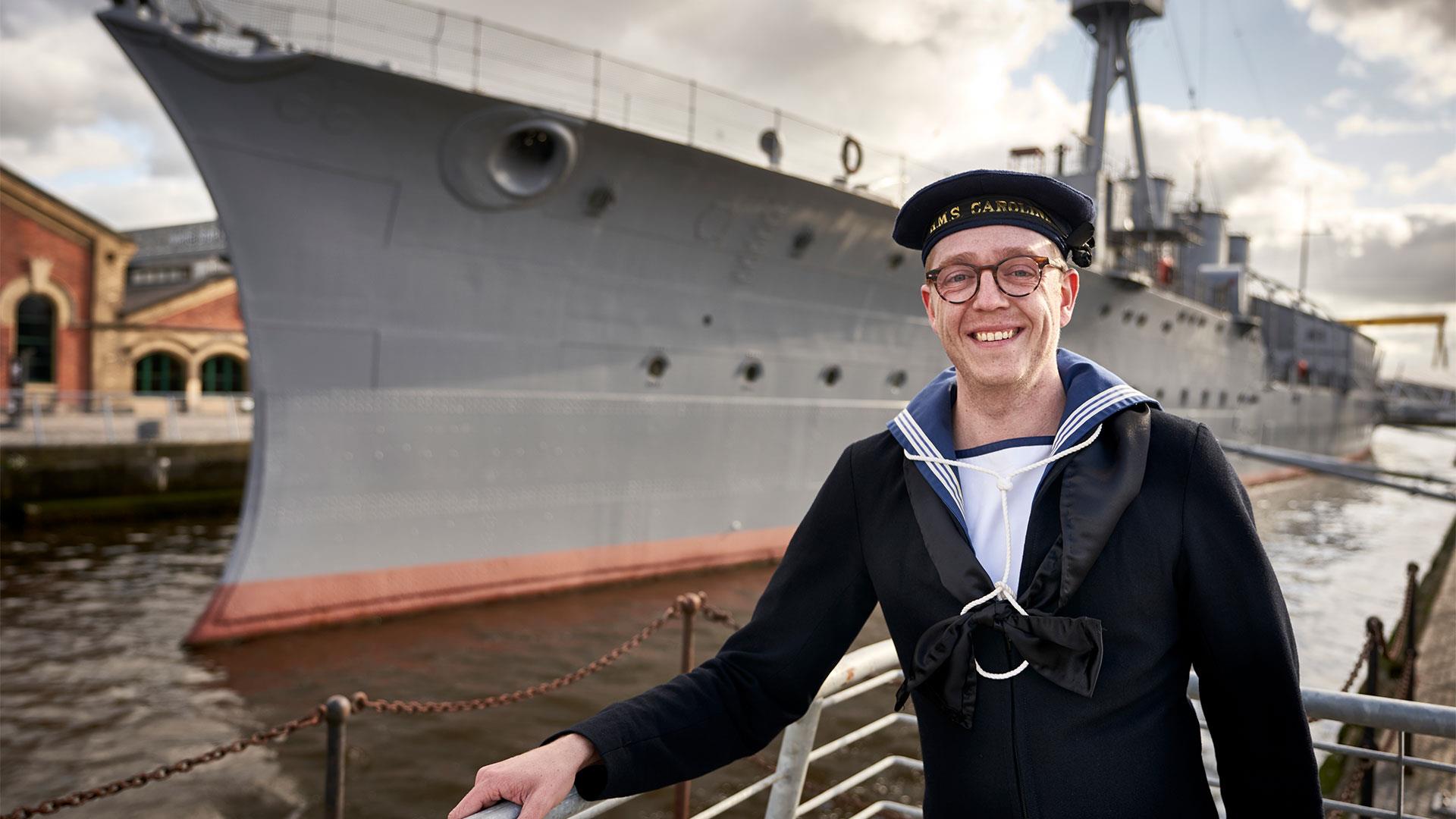