You are here: Things to Do > Harland & Wolff Cranes - Samson and Goliath 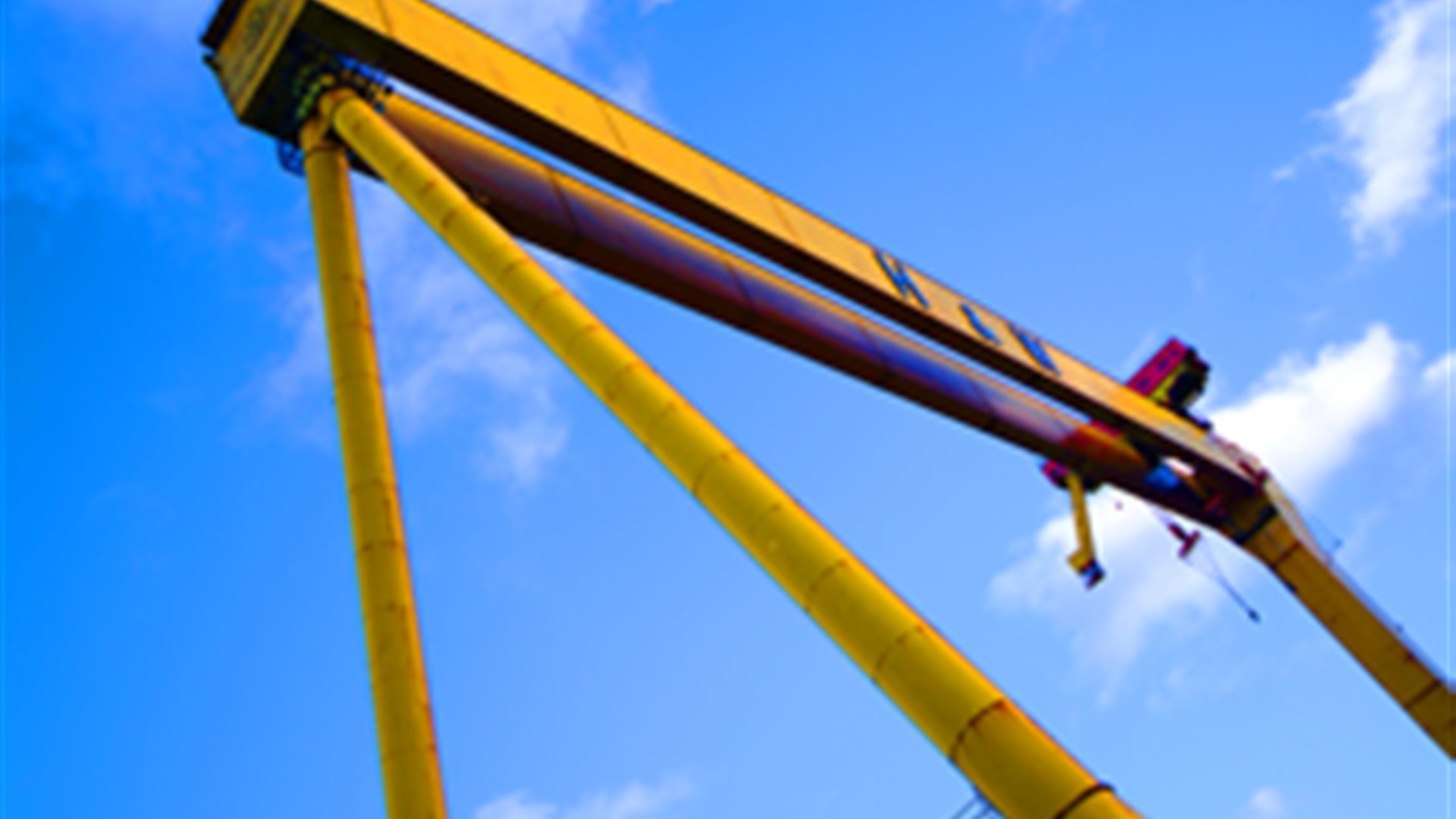 Although not officially classed as wonders of the world, the two massive gantry cranes in Harland and Wolff, Belfast, which serve one of the world’s largest serviced Building Docks, are certainly masterpieces of engineering.

Between 1900 and 1930, Harland and Wolff was Belfast's biggest employer by a long way. Thousands of people worked in the ship yards and demand for ocean liners was huge. Although ships are still built in Harland and Wolff today, the number of ships and people actually employed is much less than in the heyday of the early 20th century.

Since it was founded, Harland and Wolff has constructed over 1,700 vessels, having once had yards in Scotland and London as well as Belfast.

* The H&W site is not open to the general public.