You are here: Home > Things to Do > Booley and Butter Experience

The Ring of Gullion is a circle of heather-clad hills in County Armagh, and a sort of crucible within which a myriad of myths have been forged.

Ireland’s national epic, The Tain, features many episodes that took place around these parts. Its characters were at home here, right in the heart of the rugged mountain farmland that forms the backdrop to so much Irish legend. Several thousand years later, your guide Brian Hoey is at home here too. His own saga plays out in the homeplace townland of Cloch Choinne, 'the gathering' or 'meeting place' in the Gaelic language.

A seventh generation farmer, Brian uses his experience of farming traditions and practices to reveal the magic and some of the tragedy of life in Ireland through the ages. As well as a farmer, he’s a qualified mountain leader (MLS), accredited tour guide and seasoned forager of wild food and medicinal plants. He’ll put all his skills to work for you as he brings to life a past that has almost slipped from memory. As part of this experience you will also step inside a 200-year-old cottage.

Here you’ll see original butter-making tools used by Brian’s great-grandparents. Theirs is the magic that brings you up-close and personal with the past.

You’ll hear tell of the millennia-old traditions and secrets of this ancient, magical place. You’ll walk in the footsteps (and hoofprints) of ancient herds, warriors and fairies. Following a beautiful gorse-lined 'loanin' (country lane) will give you exclusive access to Brian's upland farm, known as the The Cargas ('The Rocks'). Most poignantly, you’ll stroll through the wide ridge-and-furrow ‘lazy beds,’ the fields where Brians’s ancestors grew potatoes. Until, in the 1840s, the crop failed, the fields were abandoned and the Great Famine took hold of much of the country. These field patterns remain exactly as they were left all those years ago when the people starved.

You’ll learn about ‘booleying’ too. Brian will bring you to the booley site, an old stone enclosure used for countless centuries by cow-herding girls and butter makers. He’ll teach you how to make your own batch of butter using an old ritual that stops the fairies from stealing the cream. The butter won't go to waste because you'll share in a delicious outdoors ploughman-style artisan lunch in the booley shelter. Great stories, good craic, food and company, all in the shadow of County Armagh's highest mountain, mystical Slieve Gullion.
unty 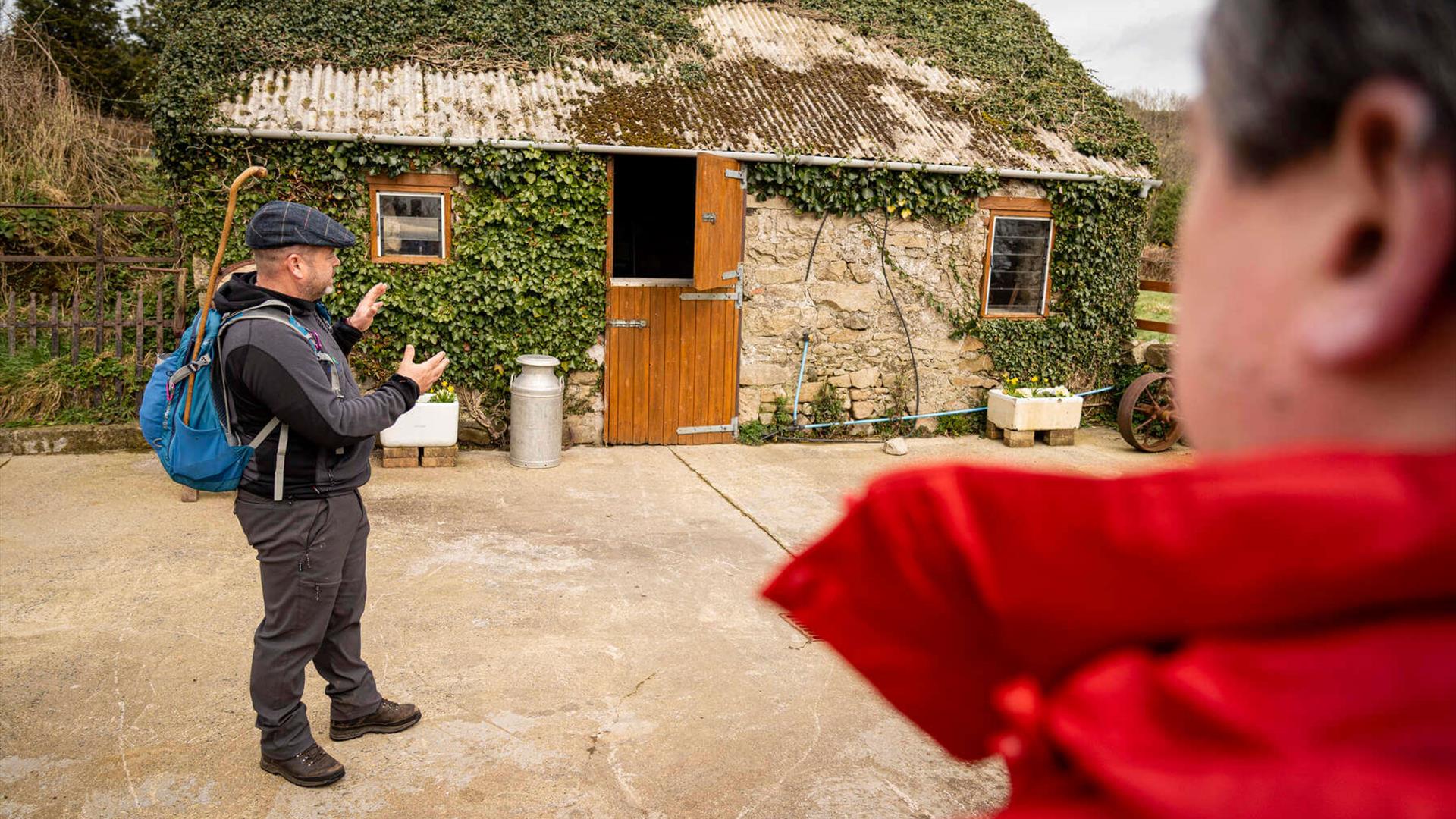 Scheduled experiences can be found on our website via the upcoming events calendar and are priced at £ 67.50 PP (includes booking fee), this includes a delicious artisan outdoors lunch. Family / Group discount available. Private experiences are priced according to the number in your group, you can contact us via e-mail or phone and subject to availability, we will be happy to quote a price. All experiences must be paid for in full in advance.

* We generally run from late February / early March through to the end of November.
Scheduled Experiences run from 10. 30 am - 2.30 pm.

We run a number of scheduled experiences throughout the year and are always open to private bookings.
Private booking times can be more flexible and changed to accommodate the group.