You are here: Home > Things to Do > Clonlum Cairn 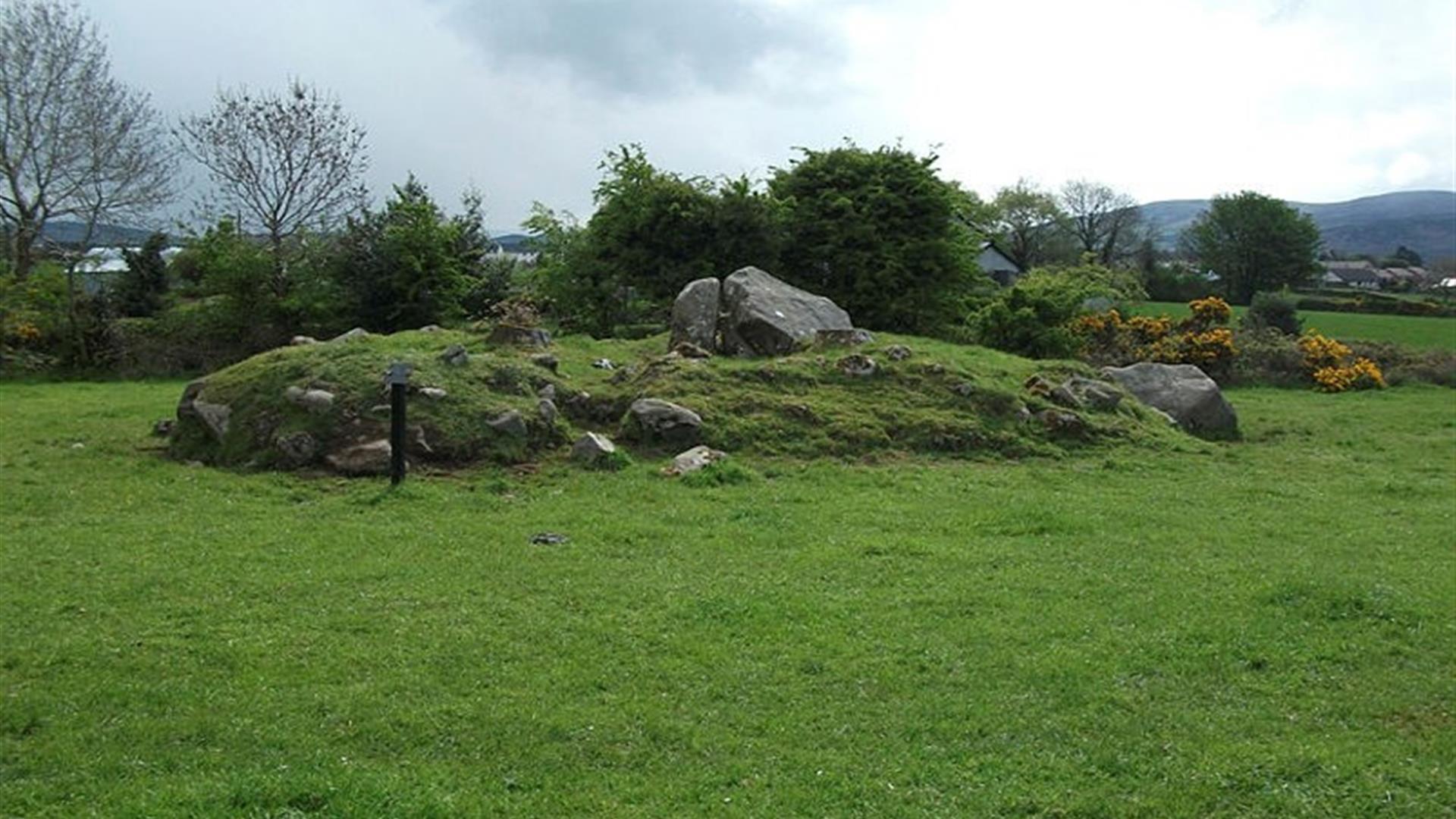 This unusual megalithic monument is set on the eastern edge of a low ridge, overlooked by Slieve Gullion to the west and around 750m south of the badly disturbed remains of Clonlum court tomb.

The site consists of a single, closed, roughly rectangular chamber, defined on north and south by two large side stones which lean inwards to rest on two much smaller end stones. The chamber was excavated in 1934 but had already been badly disturbed and the only finds were two small sherds of prehistoric pottery, one bearing square-toothed comb impressions, and a polished stone bead.

Directions from Town:
West of Meigh village – turn left off B113 Forkhill to Newry road.