You are here: Home > Things to Do > Ulster Orchestra 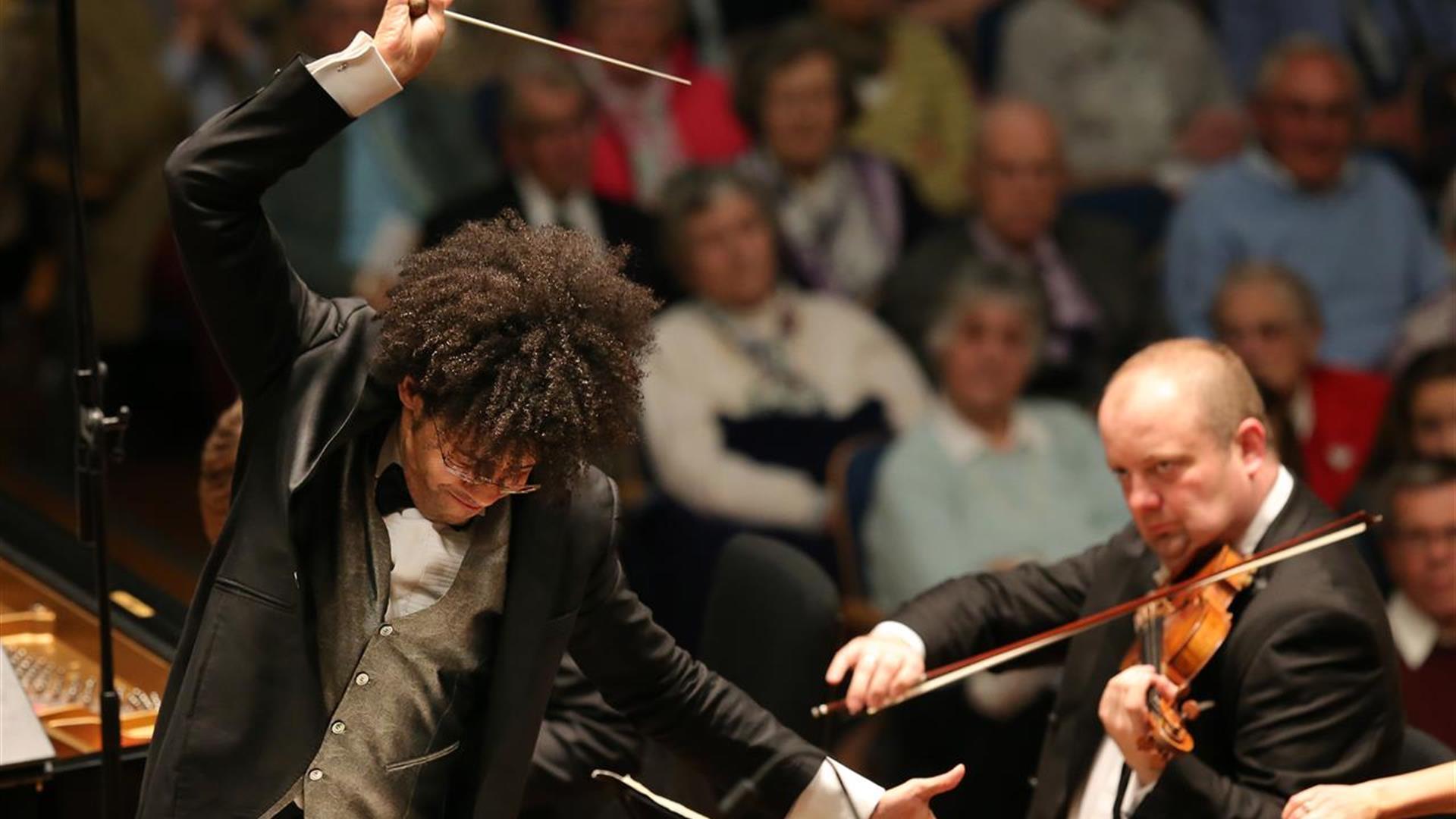 Founded in 1966, the Ulster Orchestra has been at the forefront of musical life in Northern Ireland and the Orchestra’s full-time musicians form the region’s only professional symphony orchestra.

In 2019, the Ulster Orchestra appointed Daniele Rustioni as its Chief Conductor, a role which commenced at the start of the Orchestra’s 2019/20 Season. Rustioni joins a distinguished line of past principal conductors including Bryden Thomson, Vernon Handley, Yan Pascal Tortelier, Dimitry Sitkovetsky, Thierry Fischer, Kenneth Montgomery, JoAnn Faletta and, most recently, Rafael Payare.

With a mission to enrich the lives of people living in Northern Ireland, those visiting, and those who encounter it through international touring and regular radio and TV broadcasts with both BBC Northern Ireland and BBC Radio 3, the Orchestra strives for excellence in all it undertakes, be it regular concert performances, learning and community engagement programmes, or creative collaborations across the arts.

The Ulster Orchestra gives around 40 evening and lunchtime concerts each season in its home, the Ulster Hall, and in Belfast Waterfront. The Orchestra performs for the BBC Radio 3 invitational concert series at the Ulster Hall and in front of tens of thousands for the BBC’s Proms in the Park celebrations each year.

An important aspect of the Ulster Orchestra’s work across Northern Ireland is its annual touring programme of concerts, which brings live orchestral music to the heart of communities across the region. A new initiative for the Orchestra, Ulster Orchestra On Your Doorstep, was founded in the 2016/17 Season (the Orchestra’s 50th Anniversary Season) and it sees the orchestra play in as diverse a range of venues as possible across Northern Ireland, sending everything from small ensembles and chamber music concerts, right up to the full symphony orchestra, far and wide across the region.

The Orchestra performs with a number of regular partners, including Northern Ireland Opera, Belfast International Arts Festival and Belfast Philharmonic Choir. A new partnership for the Ulster Orchestra was established in 2016 with the club night Lush!, and the ensuing arena event Lush! Classical has been a sell-out event for three consecutive years.

The Ulster Orchestra’s Learning and Community Engagement programme aims to connect the Orchestra with communities and individuals across Northern Ireland and to provide accessible and innovative opportunities for people to engage as audiences and participants. Since 2016, all the Orchestra’s musicians have been working on education and outreach activity, including Relaxed Performances for people with additional needs, residencies in schools and universities, concerts directly in people’s communities, mentoring and coaching for players at all stages of their musical journey and the Crescendo project, the Orchestra’s community-led residency project for children from disadvantaged areas in North and West Belfast.