You are here: Home > Things to Do > Touring Around Belfast

Given by guides that grew-up, lived and worked in Belfast all their lives, this is a tour with a difference.

The black cab tours provided by Touring Around Belfast give a balanced account of the past, visiting areas of the city associated with both sides of the Troubles, as well as neutral points of interest including Titanic Belfast. Your driver will provide an introduction to the political history, including the origins of the Troubles, daily life during them and how they were finally resolved.

You’ll see the powerful murals which depict them, too. Together they form what Simon Calder of The Independent described as “The world’s greatest open-air art gallery”.

Your tour will also take in the Peace Walls, the barrier that separates areas of the city, and you will have the option of following the example of Bill Clinton and the Dalai Lama and leaving your own message for the people of Belfast and future visitors.

Meanwhile your driver’s commentary is guaranteed to be just as colourful as those murals. It’s safe to say that no one ever thinks quite the same way about Belfast after their black cab tour! 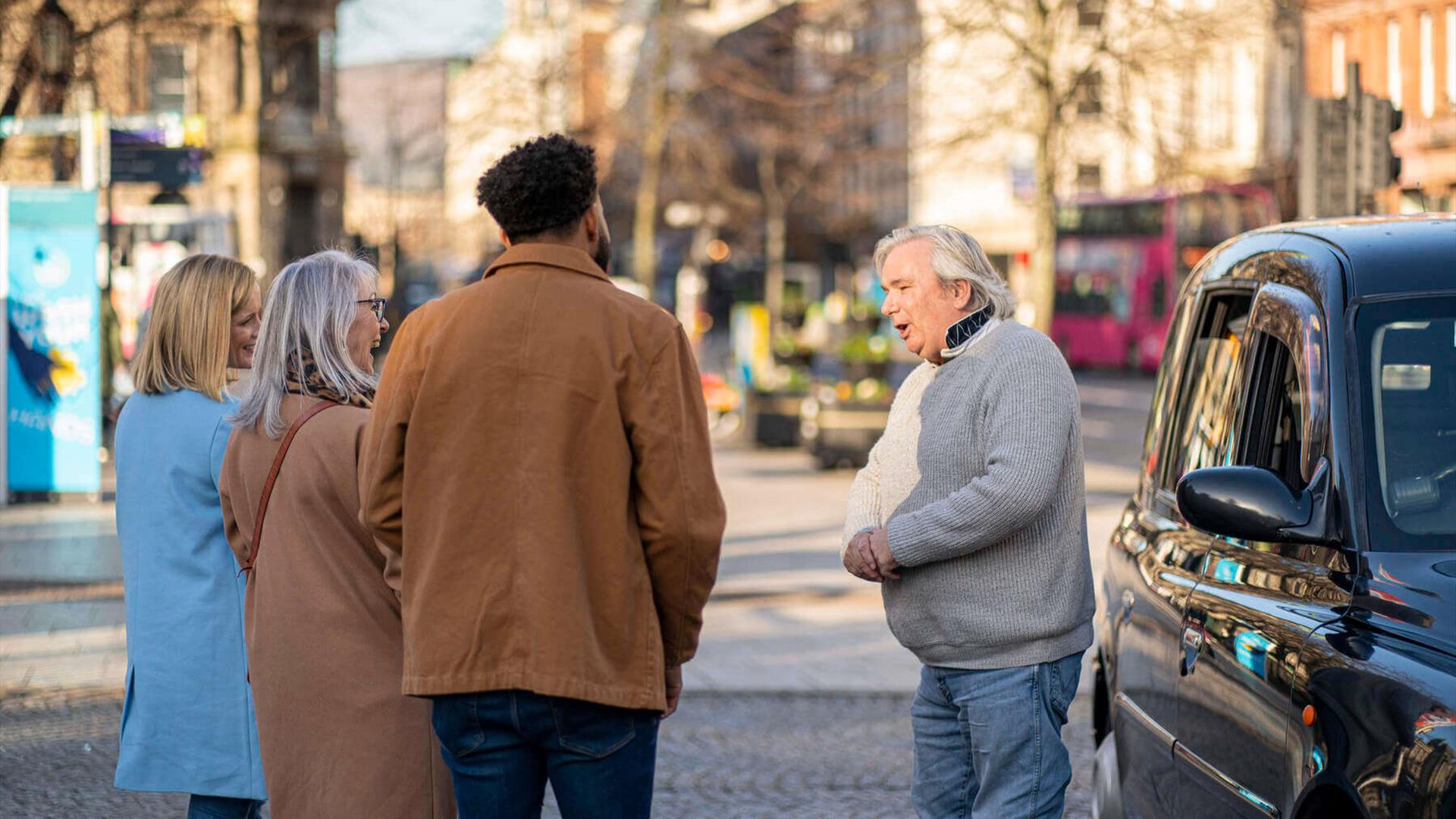