You are here: Home > Things to Do > Tirnony Dolmen 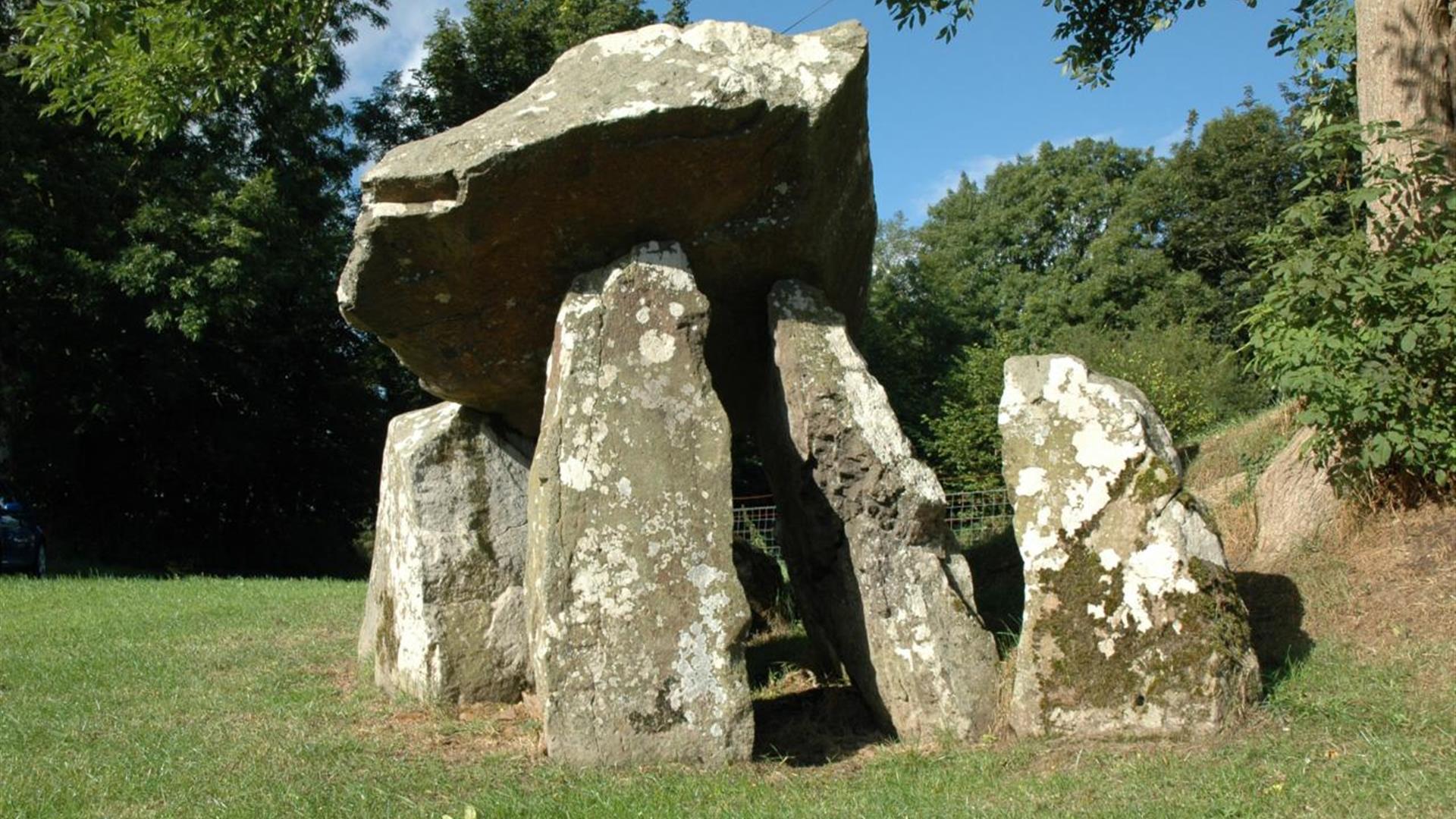 One mile north of Maghera stands a prehistoric tomb at least 4,000 - 6,000 years old. Dolmens are tomb structures with standing stones and a horizontal capstone, found in a number of places in Ireland. In it our ancestors would have placed the cremated remains of their dead.

In earlier times a cairn of small stones would have covered it, at least partially. Dolmen means "stone table". These are known as portal tombs because of the two large uprights upon which the capstone rests at its highest end which forms the entrance to the tomb.

In the field to the south there is rumoured to be a souterrain or artificial cave. Normally associated with ringforts, these caves were constructed as a refuge in times of danger sometime between the 5th and 12th Centuries.

Directions from Town:
One mile north of Maghera.