You are here: Things to Do > Church Island on Lough Beg 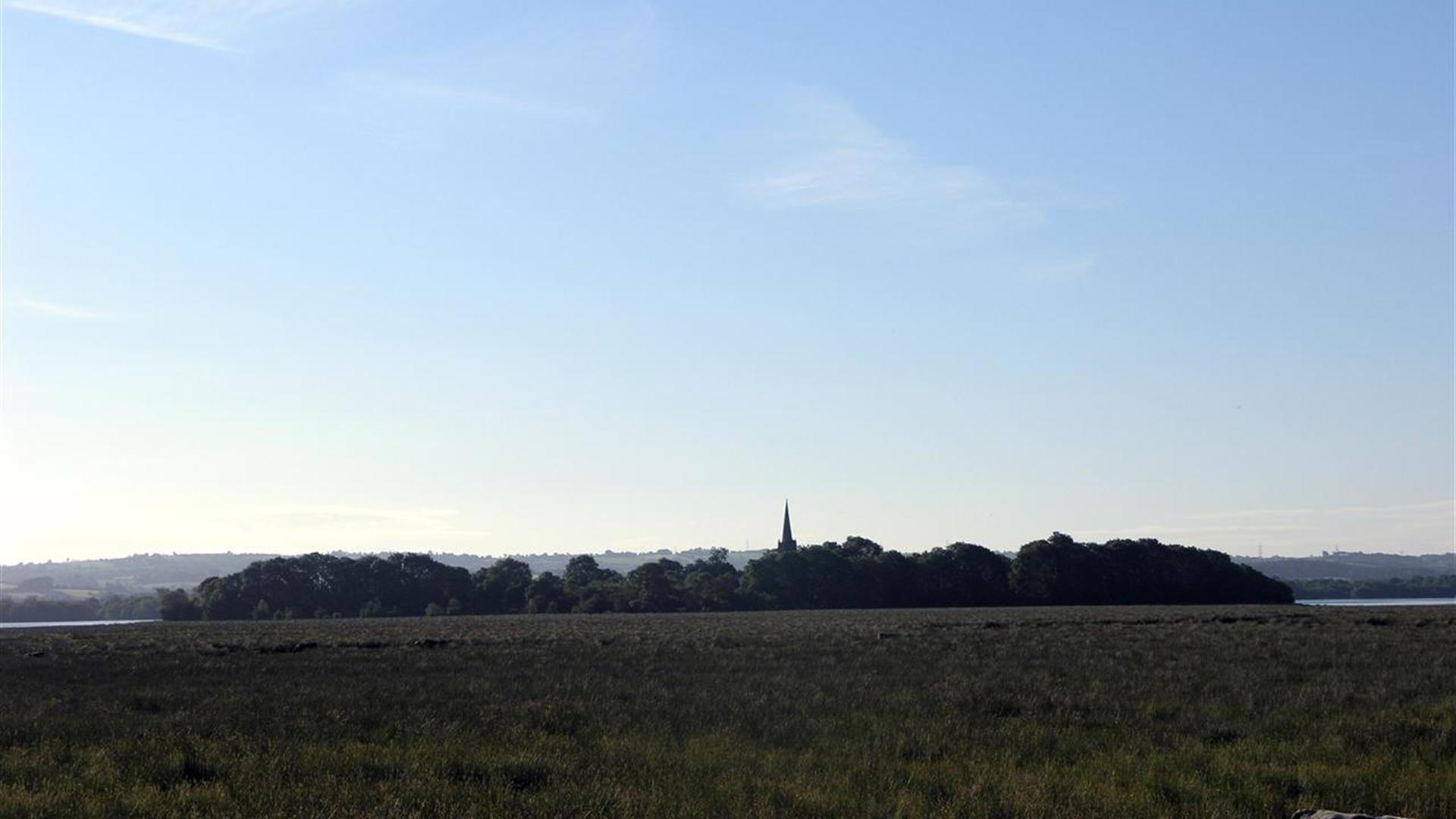 Church Island is a small island on Lough Beg - 1.5 miles from Bellaghy. On a visit to the island you will discover the ruins of an old church with no spire! The spire was built beside the church for Bishop Harvey in the late 1700's who wanted a view of a spire from his dwelling in Bellaghy. It is thought that the ruins of the church date back to the time of St. Patrick who used the River Bann to navigate the island to meet with Taoide to found an early Christian settlement. On the island is a stone known as the Bullaun Stone featuring a hole that holds water. The Bullaun Stone is most likely associated with the first monastic settlement, however local anecdote has it that the hole in the stone was made by St. Patrick as he knelt to pray. For Catholics, the Church was a focal point of worship in its early days and some continued to bury their dead there until the middle of the last century.

The feast day of St Thaddeus falls on the 7th September and the annual pilgrimage to the island in honour of the Saint still takes place on the first Sunday in September. Pilgrims can however walk to the island from the County Londonderry side as Church Island is not an 'island' as such insofar as only three of its sides are surrounded by water, with the passing of time and in particular after the dredging of the River Bann in the 1930s, the water on the west side of the island has receded although in bad weather the swollen River Bann again completely surrounds the island.

The fields surrounding Church Island are famous Wetlands where many species of geese, ducks and swans are to be found. Botanists from all over the world also come to see the rare orchid 'My Lady's Tresses' which blooms there in August.