You are here: Home > Things to Do > The Bradley Gallery 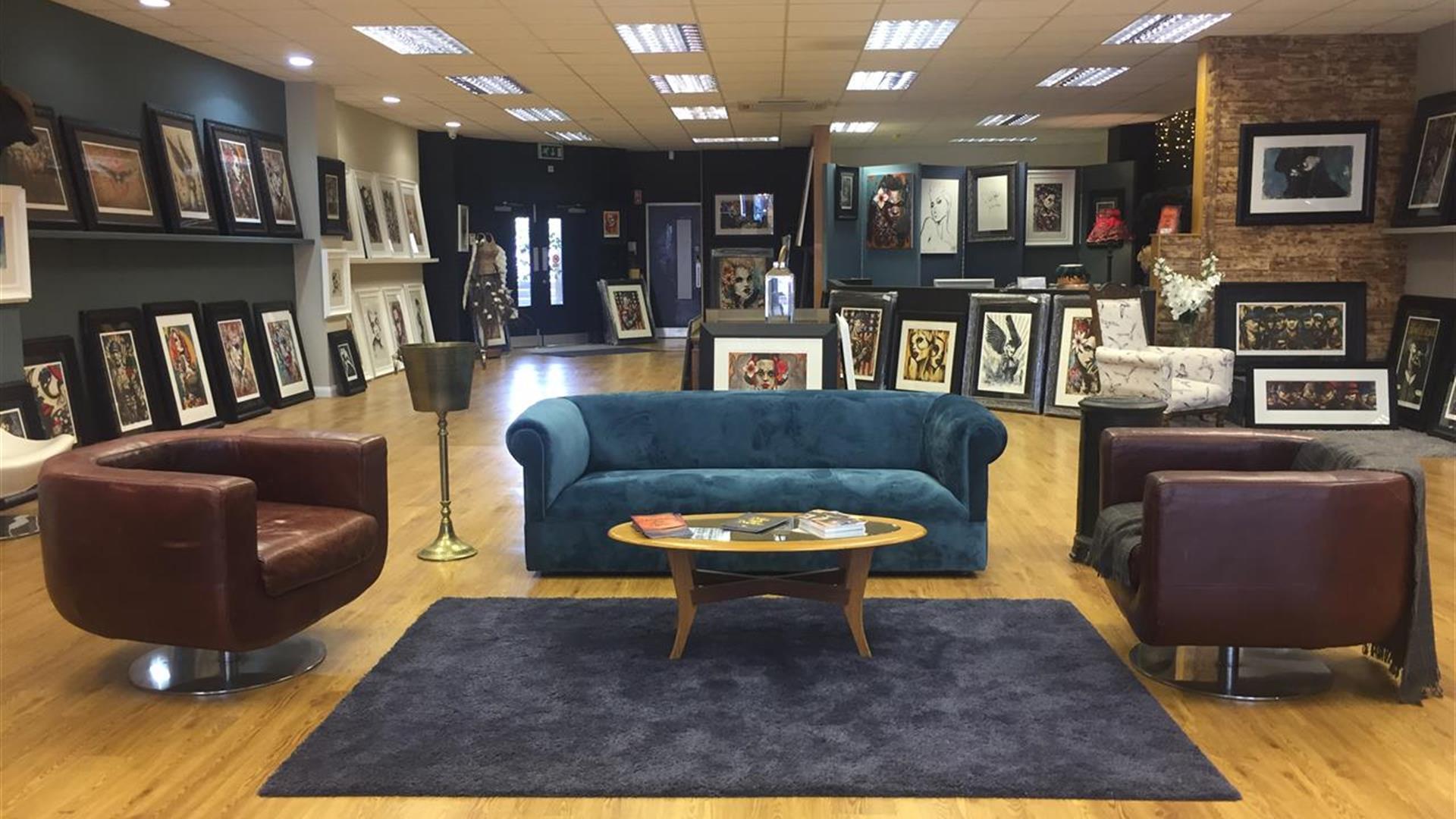 Terry Bradley was born in Belfast, Northern Ireland in 1965. His early life was spent growing up in some of the most volatile streets in Belfast where his mother tried to keep him inside and away from the “Troubles” outside their front door.

Bradley found a form of escapism reading Herge’s Adventures of Tin Tin and his work is still influenced by the black lines of the vivid drawings that illustrated the collection of books that he gradually acquired.

Terry is now able to paint full time and explore the voyeuristic side of his nature that he first discovered as a child observing the dangerous world around him His work often centres on strong and powerful women, most recently the burlesque dancers of Paris. He has also started exploring the colourful characters from the Belfast dockland area known as Sailortown, famous around the world for their hard drinking and hard-working attitude.

His need to say more with his art and his love of symbolism has led him to use the paintings to convey his personal thoughts. Words such as Honour, Hope, Faith and Love are all used frequently in his latest work.

His art has recently come to the attention of world brand leaders such as ABSOLUT Vodka and Harley Davidson with Terry being named as brand ambassador for the latter. He has recently exhibited with The Bike Shed in both London and Paris. He has just completed a commissioned piece for the Dead Rabbit in NYC (officially the best bar in the world), which was showcased at their 5th anniversary party on the 12th February 2018. His Facebook page has nearly 60,000 followers from all over the world.

Terry’s first permanent art gallery opened in Bangor, Northern Ireland in October 2017 where he showcases his latest work including original pieces and limited edition prints on paper and canvas.