You are here: Home > Things to Do > Irish FA Tours

Northern Ireland football has achieved much on the global stage and this tour covers it all.

The Irish Football Association is the world’s fourth oldest governing body, with its story beginning back in 1880. Crucial chapters include three appearances by Northern Ireland at World Cup finals. In fact the team reached the quarter-final stage in the 1958 tournament. Right up until 2006 Northern Ireland had the honour of being the smallest nation ever to qualify for the finals stage of the World Cup. And in 2016 the team made its first appearance at a European Championship final, reaching the last 16 at Euro 2016 in France.

Before the tour begins you'll be dropping in to the Education and Heritage Centre. The centre tells the unique story of Northern Ireland football using a variety of media, interactive displays and key artefacts from the 1880s to the present day.

Here you can relive Northern Ireland supporters’ favourite moments. That famous win over England in 2005, for instance. That goal in Spain in 1982. Or Gareth McAuley’s header against Ukraine in Lyon in 2016. Irish FA staff and volunteers are on hand to assist and make your experience as enjoyable and informative as possible. Then it’s time for the stadium tour where you’ll be going backstage - and front-of-stage - at this historic and iconic football venue, first opened in 1905.

Take a seat in the Northern Ireland changing room. Sharpen your knowledge in the Press Room. Head for the tunnel and walk out to the famous cheers of the Green and White Army.

By the end of your experience you’ll be leaving with a personal perspective of Northern Ireland’s achievements in football, you’ll sense the pride this country feels for its unique contribution to football and, most importantly, you’ll have enjoyed a taste of the beautiful game. 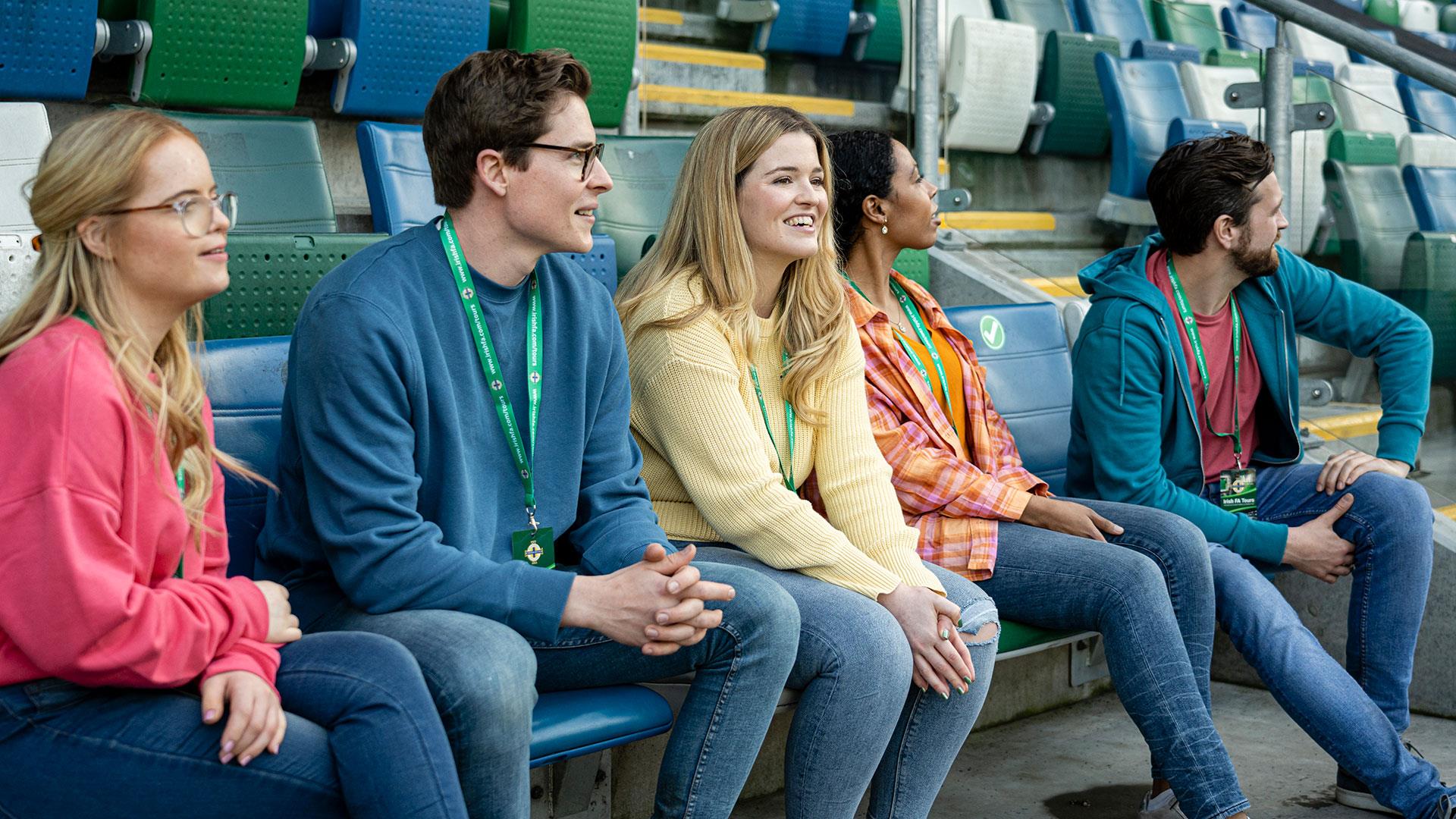 * We advise that you arrive 15 minutes before your allocated entrance time. The Education and Heritage Centre will be closed on a match day however some corporate tickets which include access to the centre may be available to purchase for NI games.

Parking is available on site, please enter the stadium via the boulevard entrance at Boucher Road (Olympia Leisure Centre) and report to the East Stand Reception