You are here: Home > Things to Do > Holywood Priory Church 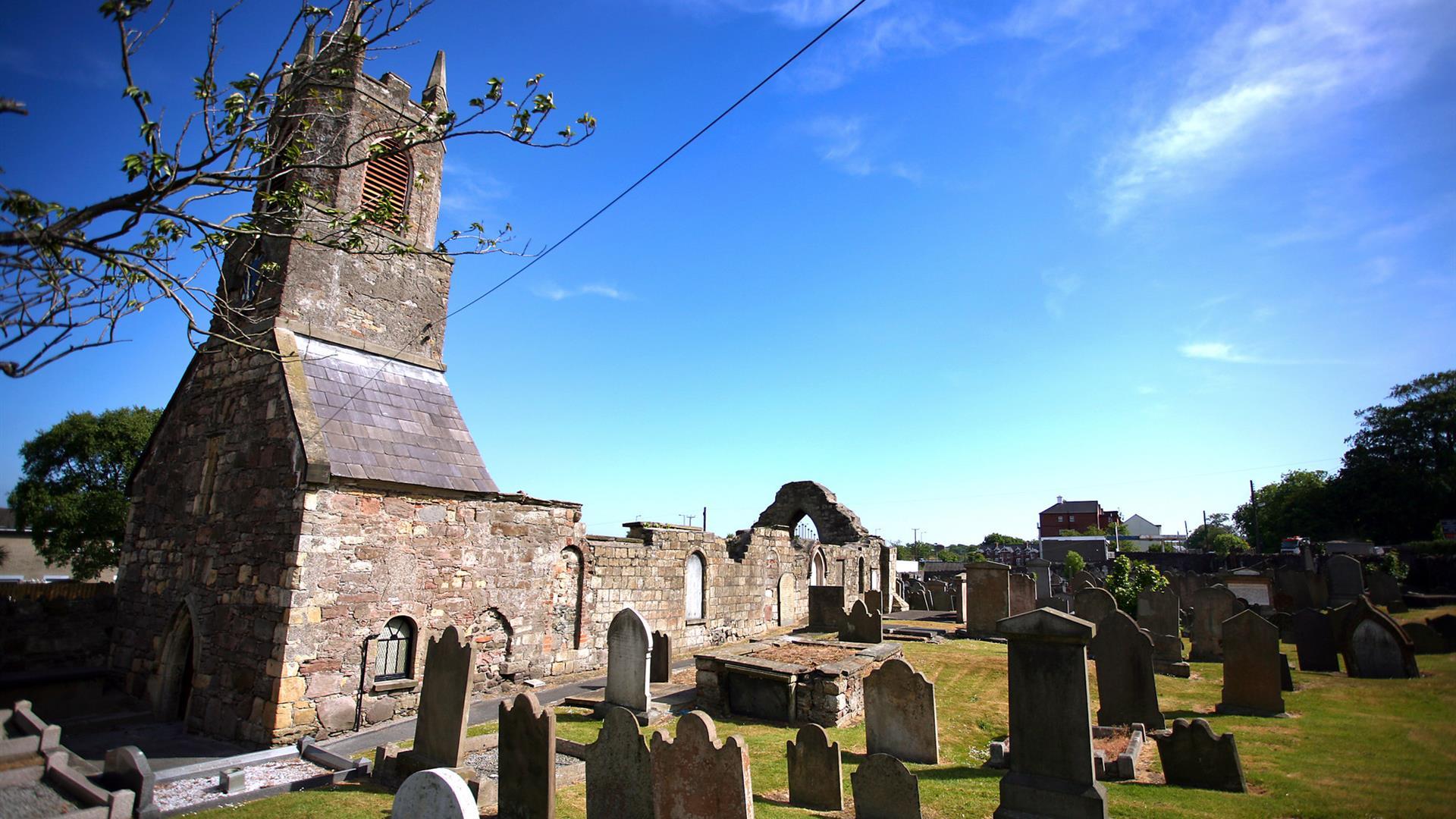 Holywood’s rich ecclesiastical heritage is represented today by its most distinctive building, the Old Priory. The site is a monastery founded by St. Laiseran in the early 7th Century. The present ruins are 12th century Anglo-Norman Augustinian Abbey built by Thomas Whyte and much of these ruins remain. After the Black death (1348-1350) Niall O’Neill refurbished the church for the Franciscan Order. The Priory was dissolved on New Years Day, 1541, by Henry VIII with its lands passing into the hands of the O’Neill family and then to Sir James Hamilton, First Viscount Clandeboye. Hamilton laid out the town, with a maypole at the crossroads and most of the early buildings are clustered round the Priory. The tower dates from the 1800’s when this was the site of the town’s Parish Church. The graveyard has some interesting “residents” including members of the Praeger family, the Dunvilles of whiskey fame and Sir Joseph Larmor the world famous mathematician.

Directions from Town:
Located on the corner of High Street/Bangor Road - a short walk from the historic town of Holywood.