You are here: Home > Things to Do > First Derry Presbyterian Church and The Blue Coat School Visitor Centre 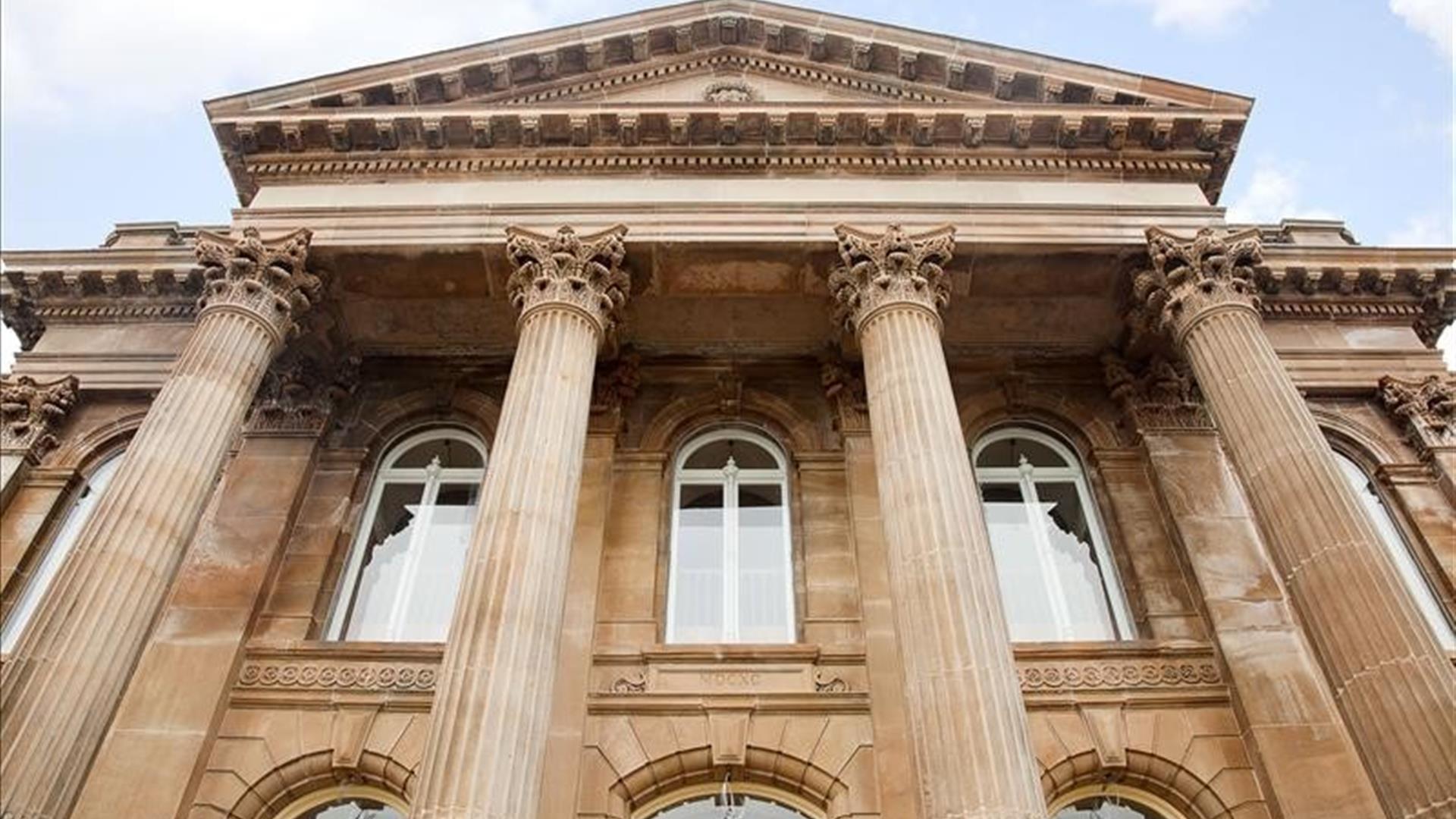 Shortly after the lifting of the siege of Derry in 1689, a new Presbyterian meeting house was built within the walls, on the site that continues to be occupied by the present Church. To assist with the building, Queen Mary provided a large donation in recognition of the sacrifices of Presbyterians in the defence of Derry.

The current First Derry Presbyterian Church was opened in 1780, and is on the site of the earlier Church of 1690. The foundation stone of this earlier building can be found above the centre door, inscribed with the Roman numerals M.D.C.X.C (1690). In 1820 the vestibule, pediment and cornices of Dungiven sandstone were added. Then in 1892 the four fluted columns with Corinthian Capitals and the Portico were added.

The Church has recently been re-opened following a programme of restoration works due to a severe outbreak of dry rot. This restoration has totally renovated the building yet retaining its 1780 character. Having been closed for a period of nine eight years, the Church is once again being used as a place of Worship and a shared space for all the community.

Adjoining the Church is the refurbished Blue Coat School, now home to The Blue Coat School Visitor Centre. This new facility tells the history behind the Church, the arrival of Presbyterianism in the North East of Ireland in the early 1600s, the history of Presbyterians in the city (and beyond), the role they played in the great siege and much more!