You are here: Home > Things to Do > Downhill Forest 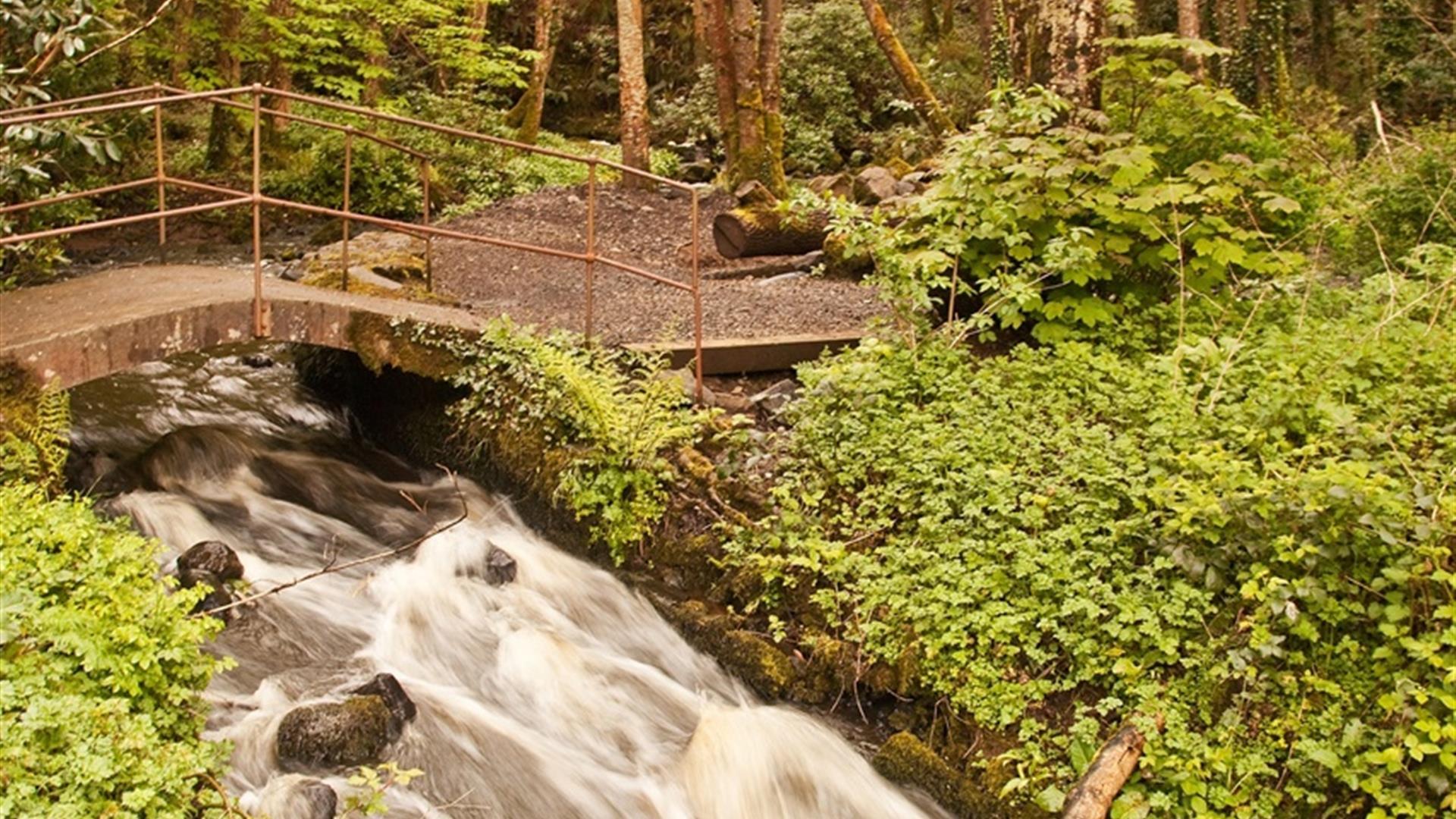 There are two waymarked paths in the forest; one is just over a kilometre long while the other is two kilometres in length. The Ulster Way also runs through part of the forest.

Route:
Downhill Forest is a small mixed woodland of 83 hectares just inland from the North Coast of Northern Ireland, near Castlerock. The Forest was originally part of the estate of Frederick Harvey, the 4th Earl of Bristol and Bishop of Derry, which included Downhill Castle, now maintained by The National Trust. A walk through Downhill Forest will allow you to view one of Northern Irelands fattest Sitka spruce (in 1962 the girth was approximately 6m), an Early Christian Promontory Fort and an old water powered sawmill with its lade running round the small lake in the middle of this woodland. The lake was originally designed as a fishpond, a number of Mallard ducks have taken up residence. Both the waymarked walks pass by this elongated pond. There are two waymarked paths in the forest; one is just over a kilometre long while the other is two kilometres in length. The Ulster Way also runs through part of the forest. The North West Orienteering Club have also created a permanent orienteering course in the forest. These walks are situated in a working forest environment and may be subject to diversion and closure from time to time. Up to date information is available on the Forest Service web site - link below.

From Coleraine ~ Take the A2 through Articlave, Downhill Forest is on the left after approx. 1½ miles From Limavady ~ Take the A2 towards Castlerock, Downhill Forest is on the right approx. 3½ miles after Benone. When parking please do not block the gates as lorries, emergency vehicles and other official vehicles may need access to this entrance at anytime.