You are here: Home > Things to Do > Belfast Waterfront 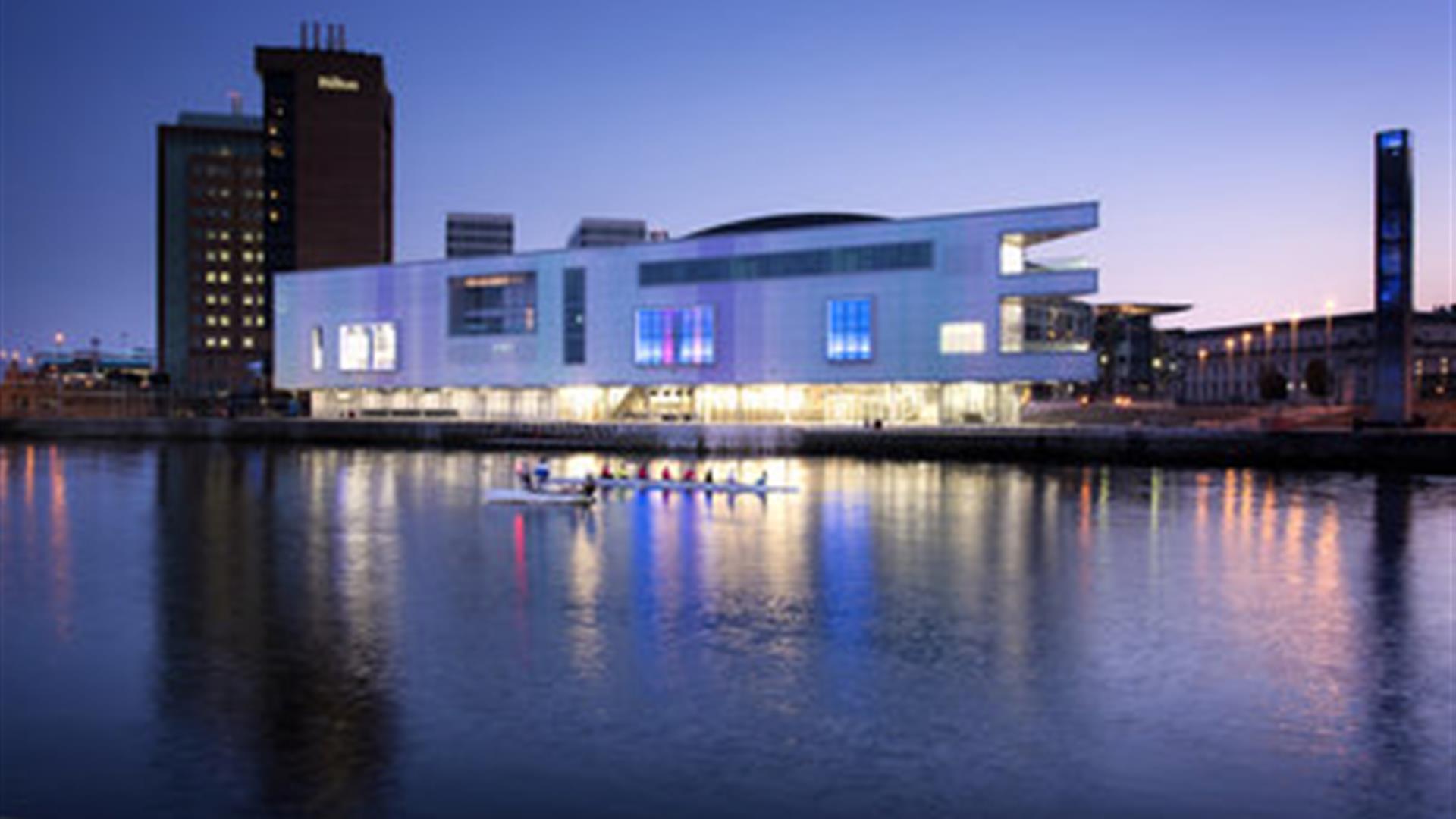 Since its initial opening in January 1997, Belfast Waterfront has successfully established itself as Northern Ireland’s premier conference and entertainment centre.

Situated on the banks of the River Lagan, in the heart of the city, Belfast Waterfront has built an enviable reputation for hosting a wide range of world-class entertainment and business events.

A galaxy of international superstars have graced the 2,200-seat auditorium. Many of the world’s biggest acts (U2, Robbie Williams, Sting), all-time music greats (Chuck Berry, B.B. King), an array of pop sensations (Westlife, One Direction) and a plethora of world acclaimed opera legends (Dame Kiri Te Kanawa, Katherine Jenkins) have all taken centre stage at the Waterfront.
Success as a conference venue has been endorsed by a consistently strong performance in the internationally recognised industry competition – AIPC APEX Award for the World’s Best Conference Centre. Placings in this competition have always been in the top fifteen worldwide, with runners-up positions in both 2002 and 2012.

Throughout the years, Belfast Waterfront has hosted many of the city’s highest profile events. These have included presidential visits by former US Presidents Barack Obama and Bill Clinton, Britain’s Got Talent, 2013 World Police and Fire Games and 2014 Giro d’Italia Grande Partenza (Big Start).
Recognising the valuable contribution these events make to the local economy, Belfast City Council, Tourism Northern Ireland and the European Regional Development Fund together invested £29.5m in an expansion programme at Belfast Waterfront to further enhance the city’s ability to attract conferences on a larger scale.

The new Belfast Waterfront aims to attract 55,000 conference delegate days per year and bring in £100m to the city by 2020.
Belfast Waterfront’s new 7,000m2 state-of-the-art conference facility opened on 29 April 2016. In keeping with the venue’s contemporary style, the new Waterfront houses 2 new interconnecting multipurpose halls spanning over 2,500m2; 6 meeting rooms, each accommodating up to 100 delegates and a new riverside entrance leading to a 660m2 riverside foyer.

Fitted to the highest specification, the new space complements the existing 2,200-seat Auditorium, 380-seat Studio and a suite of 14 meeting rooms to create the city’s largest conference and exhibition facility - wowing over 2,000 delegates with a brand new event experience.
Full details of all events and a listings guide are available at Belfast Waterfront

Most events are ticketed with prices varying by event.