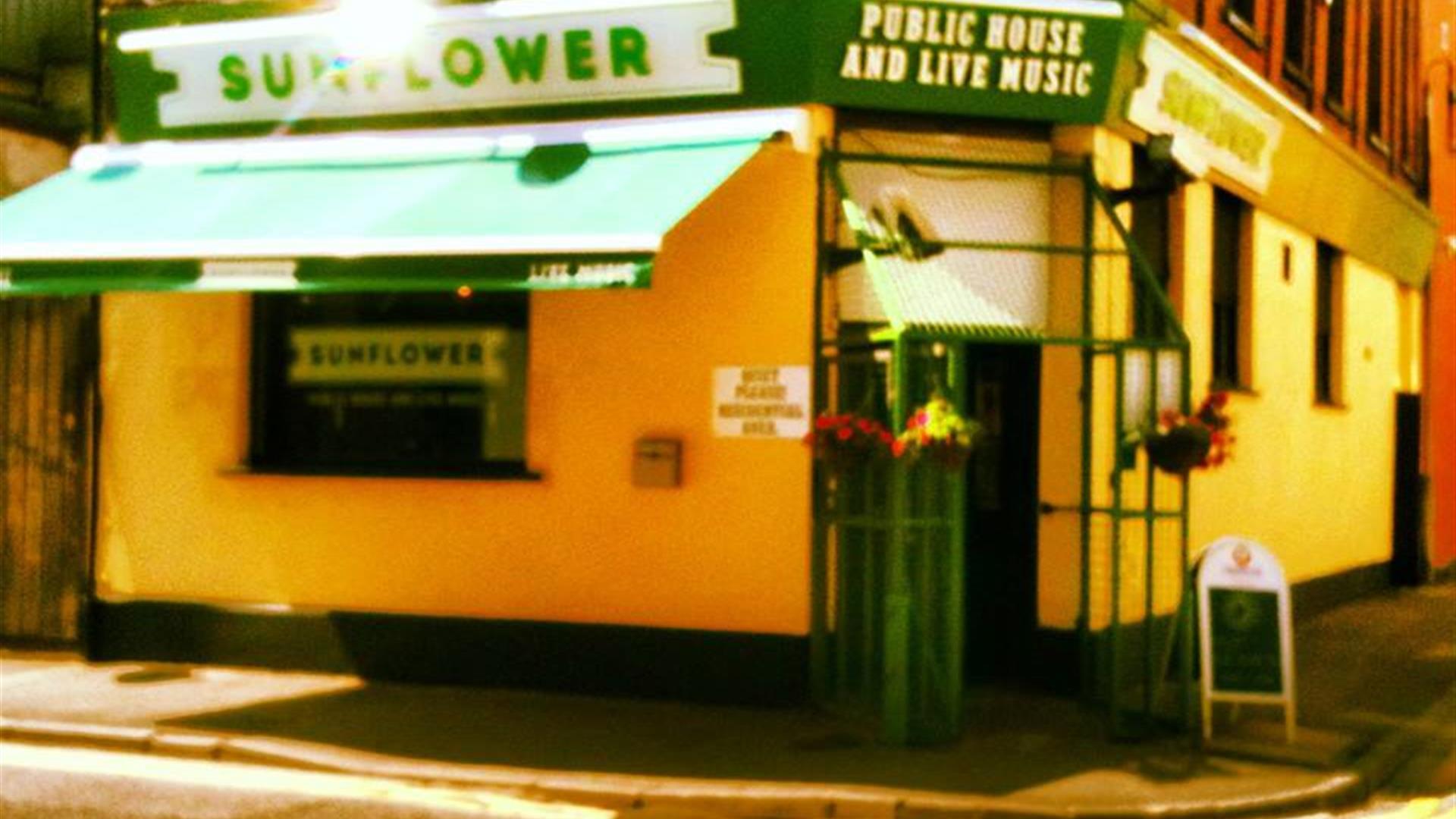 Sunflower Public House opened in December 2012 on the corner of Kent Street and Union Street, a site on which a public house has stood for over 100 years. It is right behind Belfast Central Library and a stone's throw (a recognised unit of measurement in Belfast) from The Belfast Telegraph, The Irish News and the University of Ulster.

Sunflower is a simple corner pub, it is free of gimmicks or themes, and it is one of the few remaining. It is instantly recognisable by the security cage on its front door, a relic from 1980s Belfast. While the cage is no longer needed for security reasons it has been kept and preserved as part of the city’s social history. Little did the men who erected it think that one day it would become a tourist attraction, just a small example of how much Belfast has evolved in recent times.

Music is very much part of the pub’s life: Traditional, Appalachian and Gypsy Swing sessions feature weekly in the bar while Folk and Bluegrass are regularly featured upstairs. The upstairs room is also home to the monthly Sunflower Comedy Club which attracts big names from the Irish and UK comedy circuits.

Hearty bowls of stew are served on Fridays and Saturdays with fresh wheaten bread, which go hand-in-hand with pints of locally brewed ale from Hilden. Back to basics has been the making of the pub.

Some scenes from the outstanding Belfast film Good Vibrations were filmed in the upstairs room at Sunflower and Terri Hooley is regularly seen enjoying a pint at the bar.

The pub's clientèle is also a rich tapestry of Belfast life and is a melting pot of city centre life.