You are here: Home > What's On > Belfast International Tattoo 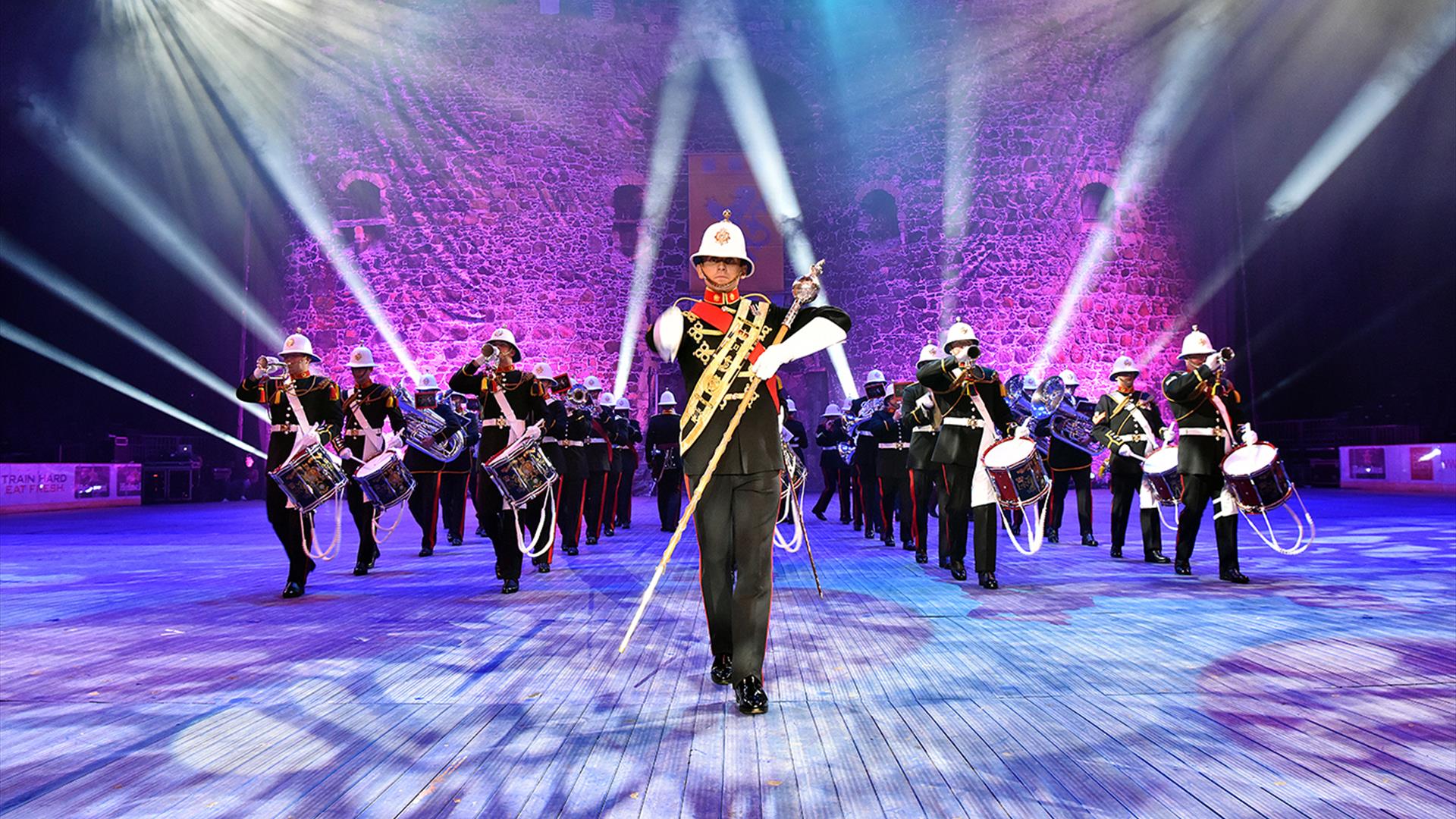 The Belfast International Tattoo is very proud to announce the Regimental Band of the Royal Irish Regiment along with the 2nd Battalion Royal Irish Regiment Bugles, Pipes and Drums will be headlining the 2022 Tattoo at the SSE Arena, Belfast on the 2nd and 3rd September 2022.

This year's event will also see the return of Ballinran Flute Band and a return of the Drum Major Display Team to the Tattoo at the SSE Arena led by Senior Drum Major Jason Price.

Our dancers for 2022 will include the White Rose Dance Troupe from England, Royal Tara Dance Academy. Along with our dancers, local acts will include Ballymageough Accordian Band from Kilkeel, Co. Down formed in 1952 and this year marks their 70th Anniversary.

We will also be welcoming back Team Airtime with their fantastic dirt bikes and jaw dropping stunts and our Mass Pipes and Drums who are the centre piece of what makes the Tattoo a truly unique experience!

The Belfast International Tattoo has its roots firmly based in the history, music and dance traditions of the Ulster Scots people who have spread their wings around the world and have gone on to have such a major influence and direction on those countries and people they have come into contact with around the world.

When we staged our first Belfast Tattoo in 2013 one of our main objectives was to give our local bands and talent a platform to show their ability and talent on the same stage and in the same spotlight as bands and talent we would bring in from around Europe and indeed the world.

We were firm believers that our local bands and talent hit it for six against some of the best bands and talent Europe has to offer and sought to demonstrate this on an international stage.

Ulster has, per head of population, more marching bands than anywhere else in the world. Some of these bands have reputations which extend around the world for their excellence in competition and also produce musicians that have gone on to be world leaders in the chosen field of music.