You are here: Home > Things to Do > Templecorran Church graveyard 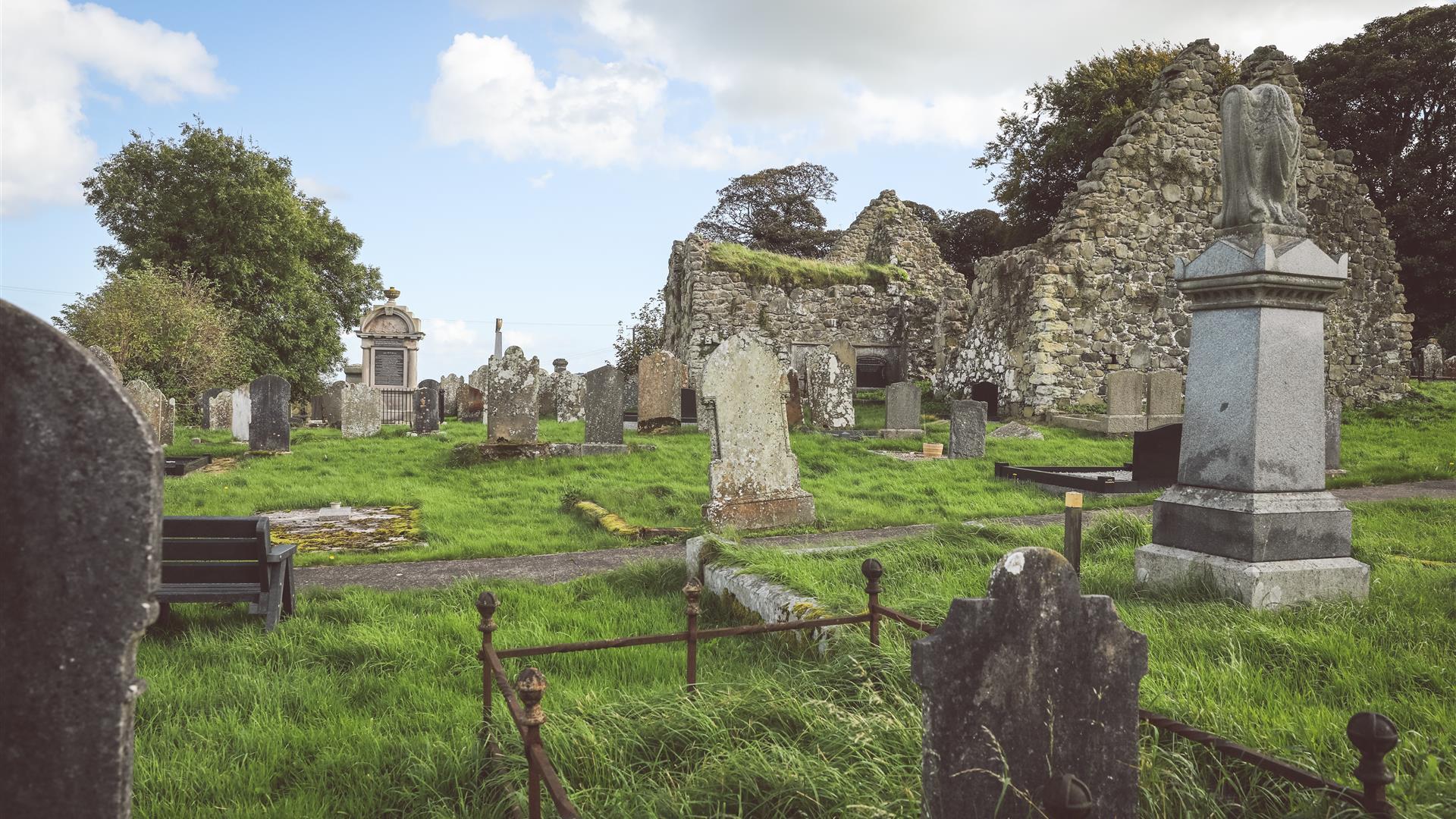 Head to Ballycarry, not far from Whitehead and Islandmagee to discover magnificent views, amazing heritage and our strong connections to Scotland.

Though none of the buildings survive, this was the site of an early Christian monastery and graveyard and an early Christian cross-inscribed stone can still be seen in the graveyard. What may be the original boundary ditch that surrounded this site, a massive circular enclosure, can still be traced in surrounding fields. With a diameter of 320 metres, it is one of the largest enclosures to surround an ecclesiastical site in Ireland. The monastery closed, possibly due to Viking attacks, but through the medieval period the site was the location of a parish church, possibly the ‘Church of Laslaynan’ as recorded in the papal taxation of 1306.

Within the Ballycarry Old Cemetery is the imposing roofless ruin of medieval Templecorran Church. Just as revealing are the twelve musket loops in the wall. Given our turbulent Ulster Scots history, even a church had to be built with self-defence in mind!

Among the many gravestones are markers for seven admirals, some United Irishmen, notable early Presbyterians, people connected to emigration to America, and service men lost in both World Wars. Don’t miss the imposing memorial to the great weaver poet, James Orr, the Bard of Ballycarry, who took part in the ill-fated United Irish Rising of 1798. Orr’s poetry has been compared to that of Robert Burns and his work is often quoted in conjunction with the Ulster Scots language movement. If you're looking for one of the notable graves, there's a map close to the entrance listing 49 of them.

A nearby history board tells you all about the famous connections and history of the area, as the Ballycarry area was a favoured destination for Scottish settlers landing in east Antrim In the early seventeenth century.

* Dawn to dusk all year round.