You are here: Home > Things to Do > Chaine Memorial Tower 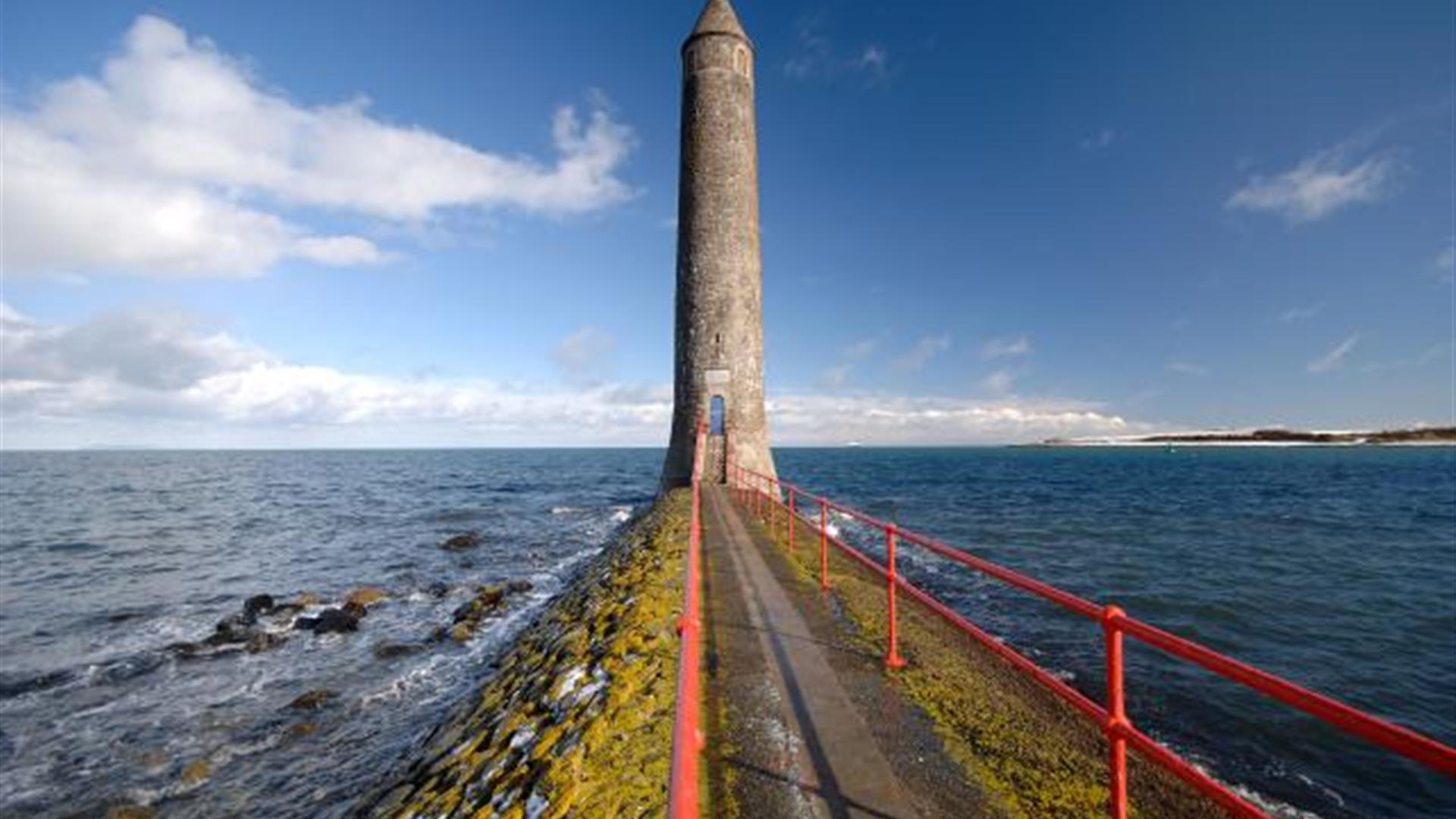 The Chaine Memorial Tower, or ‘The Pencil’ as its known locally is an impressive beacon tower of Irish granite, built in 1887 as a memorial for James Chaine, the developer of Larne Harbour, with money raised by public subscription in Larne. It stands on the western side of Larne Lough at the entrance to the harbour and can be seen by visitors coming in by sea.

The Tower is an accurate replica of an Irish Round Tower and stands 27m high and 7.5m wide at its base. After a request from Mariners the tower was converted into a lighthouse by the Commissioners of Irish Lights in March 1899 and has stood like a sentinel over the Lough for well over a hundred years. It is now owned by the local Council.

Over the doorway is a tablet with the following inscription:

'This Tower was erected and road leading to it made by the contribution of every class in this mixed community irrespective of creed or of party. All cordially united in esteem and affection for the memory of the late James Chaine of Ballycraigy and Cairncastle, Co Antrim who represented the County in the Imperial Parliament of Great Britain and ireland from February 1874 until May 1885, and who was founder of the sea route from Larne to the Scottish Mainland.'

Pop by first thing in the morning or last thing at night for beautiful sunrise or sunset pics!

* Currently viewing is external only. It can safely be reached from the shore by a narrow walkway but its front door remains locked to the public, with the exception of publicised European Heritage Open Days.