You are here: Home > Things to Do > Larne's Jurassic Coastline - Waterloo Bay 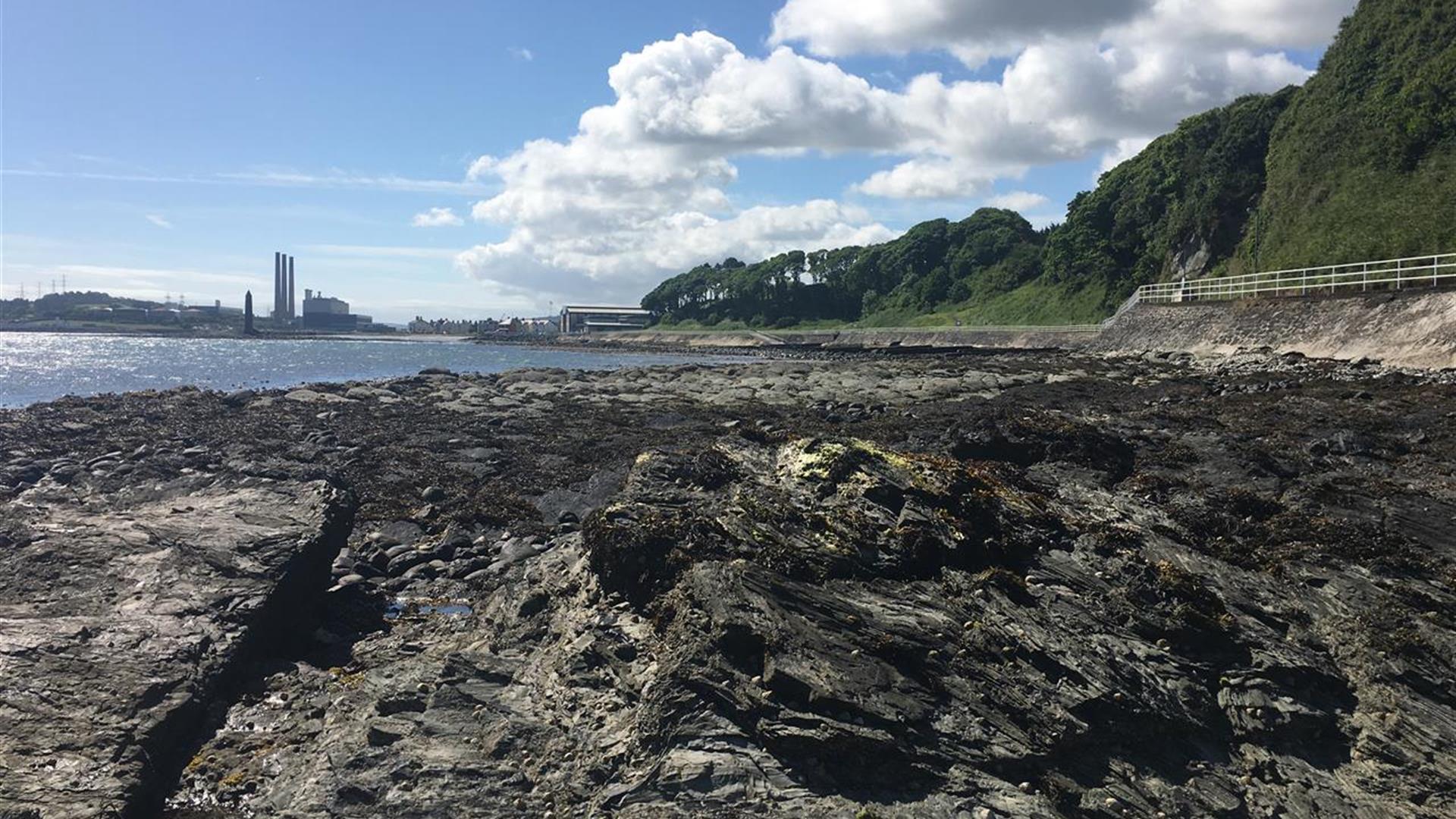 Larne is the first town on the scenic Antrim Coast Road that leads to the Glens of Antrim.

Follow the town centre signage for Larne Leisure Centre and park there to stretch your legs and walk up through time, along Larne promenade.

For geologists, this area is one of the most important places in the world when it comes to fossil-hunting and it’s probably one of Larne's best-kept secrets for non-scientists. At first glance it looks like just a bleak, surf-battered stretch of flat rocks – but it is Northern Ireland's own Jurassic Coast. A walk from the south end of the Promenade, near the leisure centre, to the north end past Waterloo Cottages passes through around 150 million years of Earth’s history. This area known as Waterloo Bay was made an Area of Special Scientific Interest in 1995. No land dwelling dinosaurs are found in the Waterloo Bay area, as it was under the sea during the Jurassic period, but lots of sea creatures can be found as fossils.

To fully appreciate the geological diversity of Waterloo Bay it’s best to visit at low tide when the progression of the rocks on the foreshore through the millennia can be clearly seen from the promenade as one walks north from the leisure centre, where free parking is available. It is the most accessible locality for fossil hunting and geological interest anywhere on the island of Ireland. Specialist guided tours are available locally.

Back in 1999, scientists found the remains of an ichthyosaur here, an extinct marine reptile which resembles a huge predatory dolphin that ranged in size from 4.5-9m long with sharp teeth and big eyes. It is now on display in the Ulster Museum and is the most complete ichthyosaur to be found in Northern Ireland. It is known as The Larne Sea Dragon or Minnis Monster. The site where it was located indicates where the Jurassic period, called the Age of the Sea Monsters, begins.

* The whole area has full public access, but the foreshore is normally only exposed for 3 hours either side of low tide.