You are here: Home > Things to Do > Tayto Castle Factory 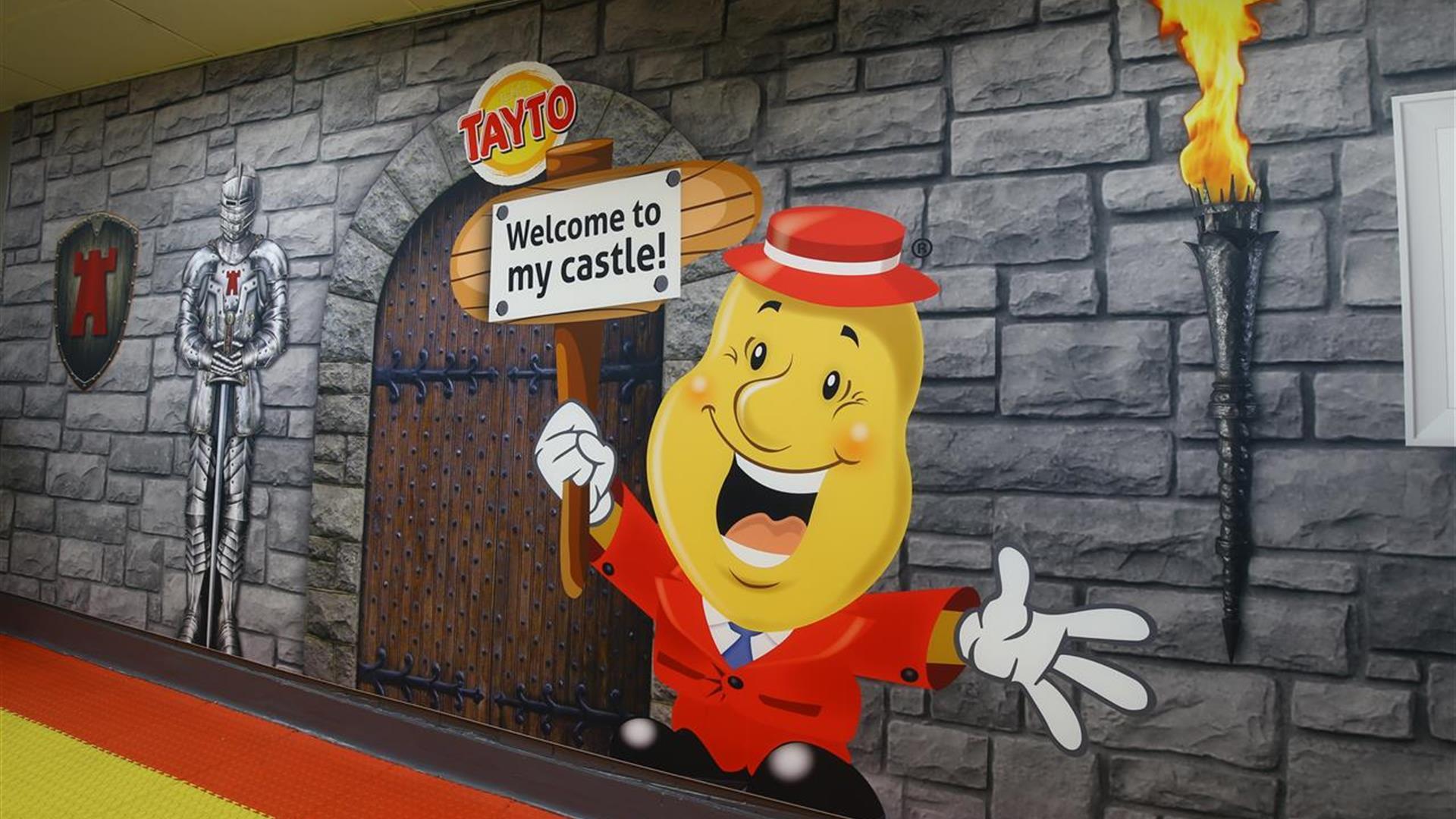 Tayto Castle in the Ulster countryside is where the terrific Tayto crisps are made.

The castle is over 500 years old and was originally the home of the O’Hanlon clan, one of the mightiest and most powerful clans in all of Ireland. In 1619 King James I of England confiscated the castle from the O'Hanlon's because they took part in a rebellion against Hugh O'Neill in County Tyrone. The ruins of the property was then passed into the hands of other families and became the home of the Duke of Manchester in the 1800's.

In 1955 the castle was in need of repair and was bought by a visionary local businessman, Thomas Hutchinson. In 1956 he had the clever idea to make a new potato product called crisps, and started making Tayto crisps creating one of the world's best loved brands of crisps and snacks. Tayto became one of the first companies to sell different flavours of crisps with Smoky Bacon and Prawn Cocktail being two of the most popular as well as Cheese and Onion.

The Visitor Experience - Take a Tour - Visitors will get the opportunity to meet Mr Tayto our brand mascot and experience the full magic of Tayto and see how our fantastic crisps and snacks are made. Pre-booking is required.

Mr Tayto - An enduring feature of Tayto has been Mr. Tayto, the brand's lovable mascot. He's a well known and well loved face across Northern Ireland and has travelled all over the world promoting Tayto and has starred in many of his own advertisements.