You are here: Things to Do > Knockagh Monument 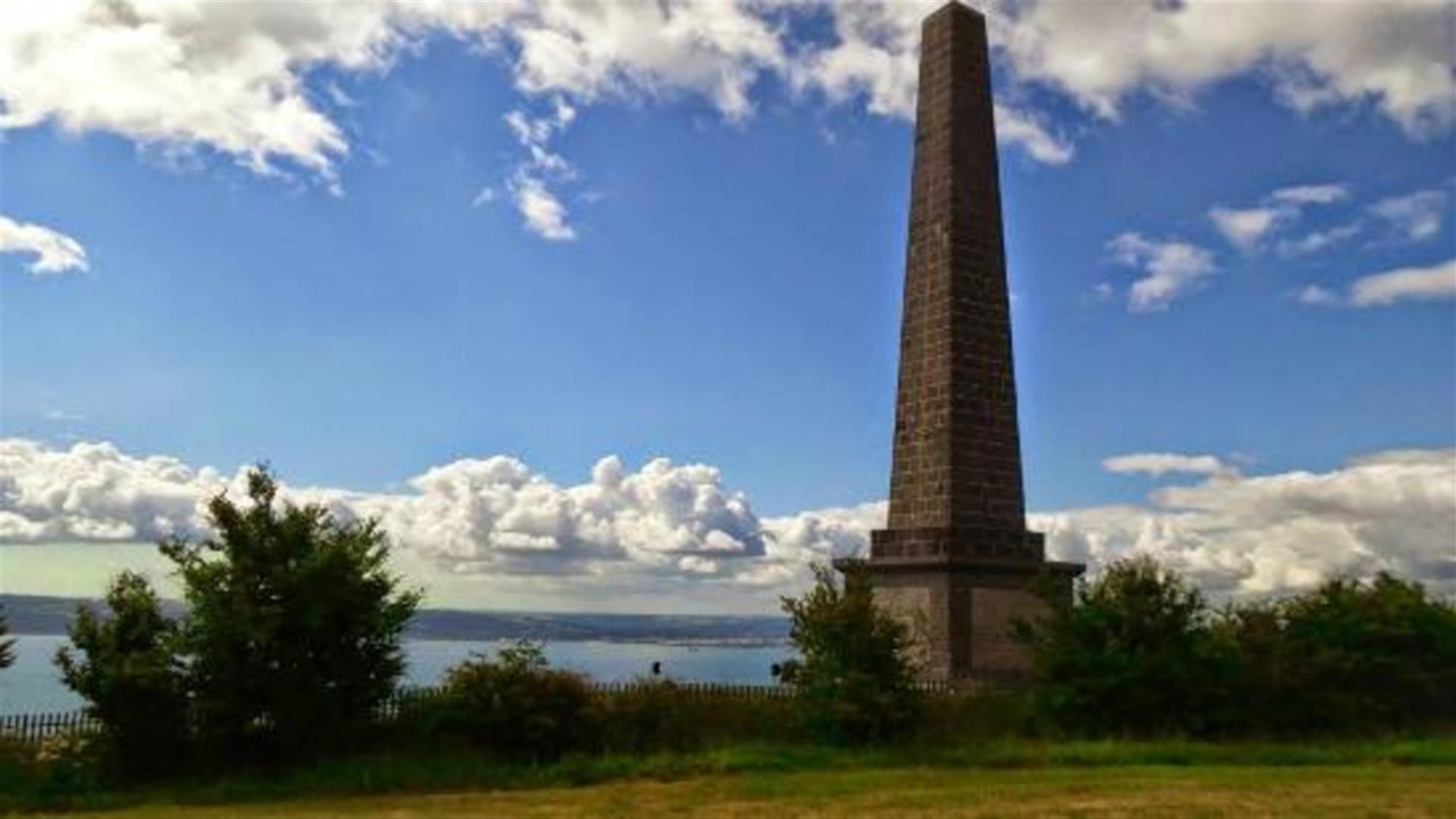 Take time to visit the Knockagh Monument in Greenisland for unparalleled panoramic views of Carrickfergus, Belfast and across Belfast Lough to North Down. Located on top of Knockagh Hill, above the village of Greenisland, Knockagh Monument is a War Memorial initially erected in remembrance of the men from County Antrim who had died in the First World War (1914-1918).

The site is 390m (1230 feet) above sea level and is the largest war memorial in Northern Ireland. The monument is a 110-foot (34 m)-high basalt obelisk and is a replica of the Wellington Monument in Phoenix Park, Dublin, although is exactly half the height.

The Monument's inscription was adapted from the hymn “O Valiant Hearts" by John S. Arkwright. It reads:

“NOBLY YOU FOUGHT, YOUR KNIGHTLY VIRTUE PROVED
YOUR MEMORY HALLOWED IN THE LAND YOU LOVED.”