You are here: Home > Things to Do > Ecos Centre Nature Park 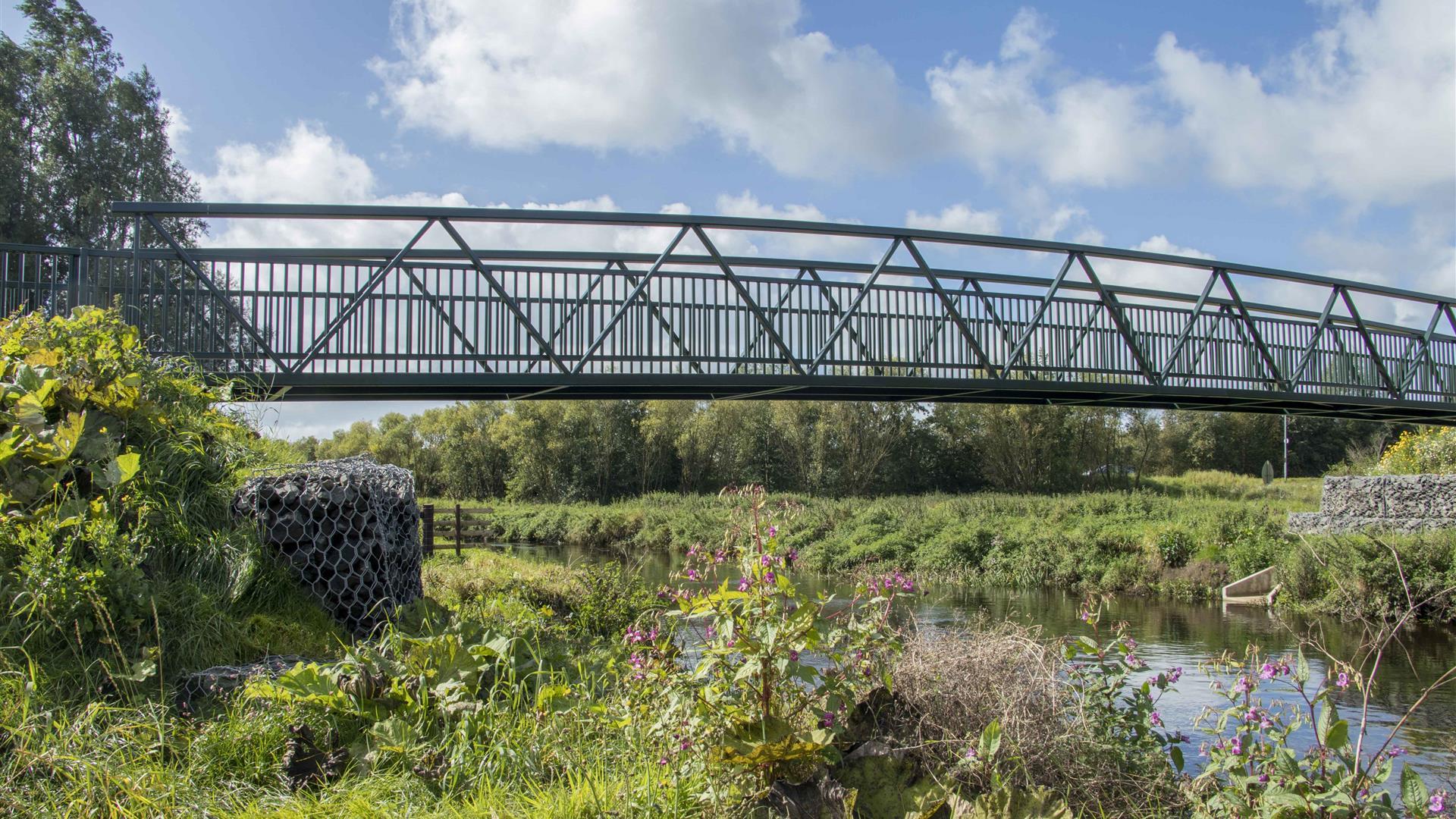 Ecos Nature Park lies within the flood plain of the River Braid and is an oasis of wildlife close to the heart of Ballymena town centre. Eight kilometres of mostly flat footpath gently leads visitors around 220 acres of parkland that includes maturing woodland, peaceful lake and ponds, wet grasslands and meadows grazed by Irish Moiled cattle. Two way marked circular trails take you through the site.

In summer time the fields are adorned by, at times, hundreds of butterflies softly flitting around the meadows nectar from the wildflowers that are proliferating in the park. Your ears can be soothed by the gentle songs of meadow pipits and skylarks and many other bird species that choose to breed here. Ecos is an ideal breeding refuge for these and other farmland birds like snipe, grasshopper warbler and dunnock that are in sharp decline in other parts of Northern Ireland.

In winter large flocks of lapwing can be seen circling and swooping around the park, before settling down to feast on many insects in the soft soil of the meadows. If you approach the lake quietly you could feed the mallard ducks, geese and swans, or spot the many migrant ducks that dabble for food on the lake shore. Often you can hear the soft whistles of teal echoing across the water. Large flocks of chittering finches and linnets are a common sight busily feeding around the park.

Of particular interest at Ecos is a family of otters which are mostly very shy animals, but have been seen splashing around on the Braid River and the lake. Some unusual visitors to the park include the white-winged black terns (small terns with incredibly acrobatic flight displays rarely seen in Ireland), and a hoopoe (found most often in the Mediterranean). A particularly rare plant, the Irish Ladies Tresses Orchid appeared in 2006. This plant is only known to occur at 8 sites in Northern Ireland.

Ecos Nature Park received the Green Flag award from 2016 to 2019 and is well worth a visit!