You are here: Home > Things to Do > Dunseverick Castle 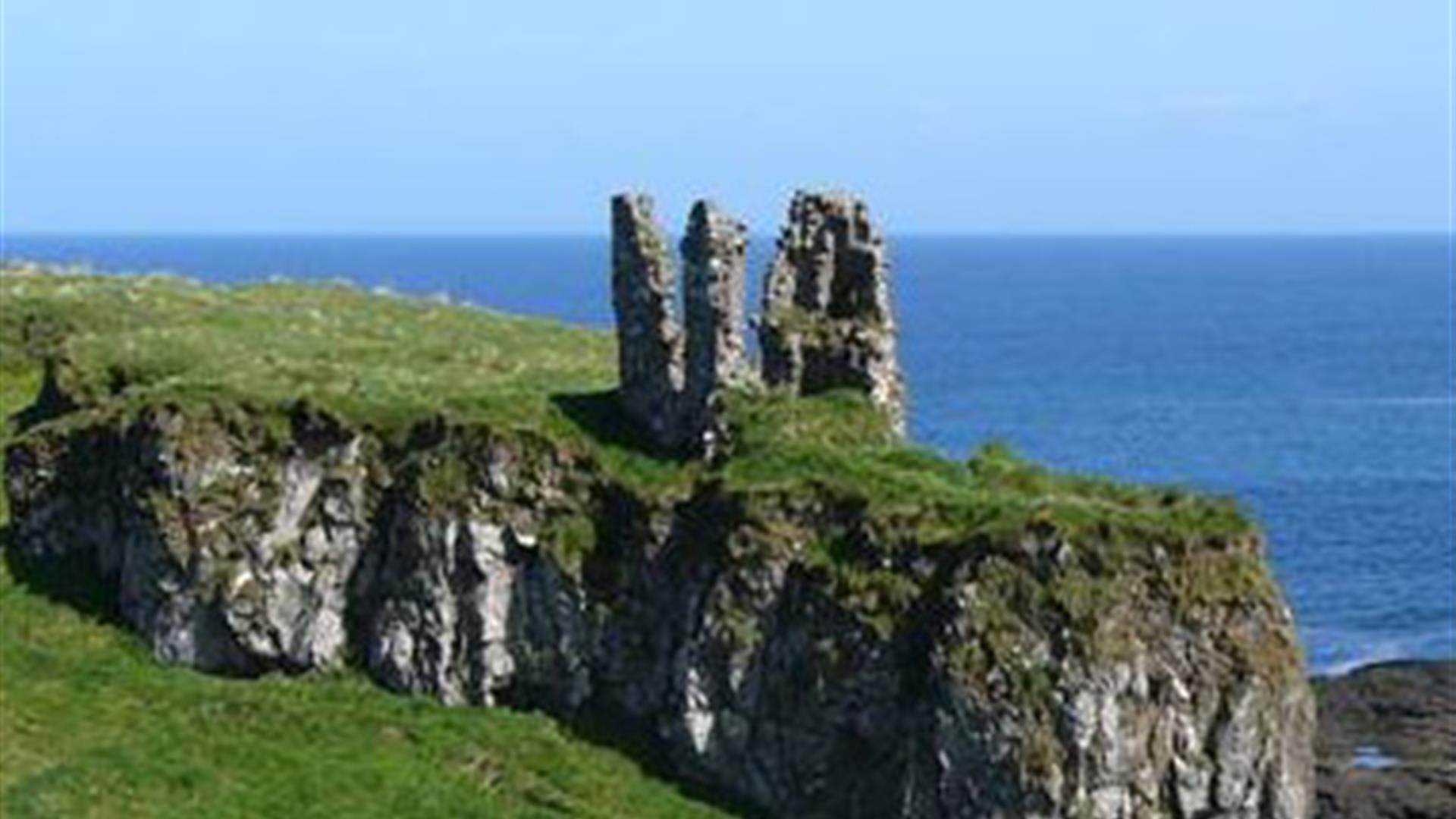 Saint Patrick is recorded as having visited Dunseverick castle in the 5th century AD, where he baptized Olcán, a local man who later became a Bishop of Ireland. The original stone fort that occupied the position was attacked by Viking raiders in 870 AD.

In the later part of the 6th century AD, this was the seat of Fergus Mor MacErc (Fergus the Great). Fergus was King of Dalriada and brother of the High King of Ireland, Murtagh MacErc. It is the AD 500 departure point from Ireland of the Lia Fail or coronation stone. Murtagh loaned it to Fergus for the latter's coronation in western Scotland part of which Fergus had settled as his sea-kingdom expanded.

The O'Cahan family held it from circa 1000 AD to circa 1320 AD, then regained it in the mid 16th century. Last one to have the castle was Giolla Dubh Ó Catháin, who left it in 1657 to settle in the Craig/Lisbellanagroagh area. Post 1660 they use the anglicised name McCain/O'Kane.

The castle was captured and destroyed by General Robert Munro in 1642 and his Cromwellian troops in the 1650s, and today only the ruins of the gatelodge remain. A small residential tower survived until 1978 when it eventually surrendered to the sea below.