You are here: Home > Things to Do > Discover Beaghmore Experience

Located amongst impressive views of rolling hills with greenery as far as the eye can see, the scene is set for an inspiring experience.

The purpose of the stone circle is shrouded in mystery. But luckily for you, your enthusiastic and knowledgeable guides can provide some clues. They’ll tell you how these stones were re-discovered in the 1930s by a local man called Geordie Barnett. He happened upon them while he was cutting peat; they'd been almost swallowed-up by the boglands that surround them. But thanks to Geordie they were soon identified as some of the oldest and most important Neolithic remains in the UK and Ireland. They quickly become a national sensation, visited by the great and good. Geordie was a self-taught archaeologist, as well as a poet, and his spirit still inhabits the place he made famous. You might even hear your guide recite one of his poems: 'Though I love those lowland scenes/ For lowland scenes are grand', Geordie wrote, 'You’ll very rarely see me there/I’m the real mountainy man.'

One theory is that the mountain men and women who lived here six millennia ago used these stones as a sort of astronomical observatory: their axis traces paths aligned with the rising of the sun and the setting of the moon. Fanciful as it sounds, they really are a portal to a different and ancient way of being on this planet.

So welcome to an era when people marked time by the sun, stars and planets. Learn ancient techniques to track their movements. Hear the myths and tales connected with the stones and walk the energising ley lines between them. You’ll enjoy a fun-filled experience full of history, astronomy and storytelling. There’s a picnic included, too, and after your tour there’s the option of a short trip to the Shepherd’s Rest Pub for more storytelling and refreshments.

All-in-all, this makes for an insightful and reflective experience, full of natural wonder and beauty. 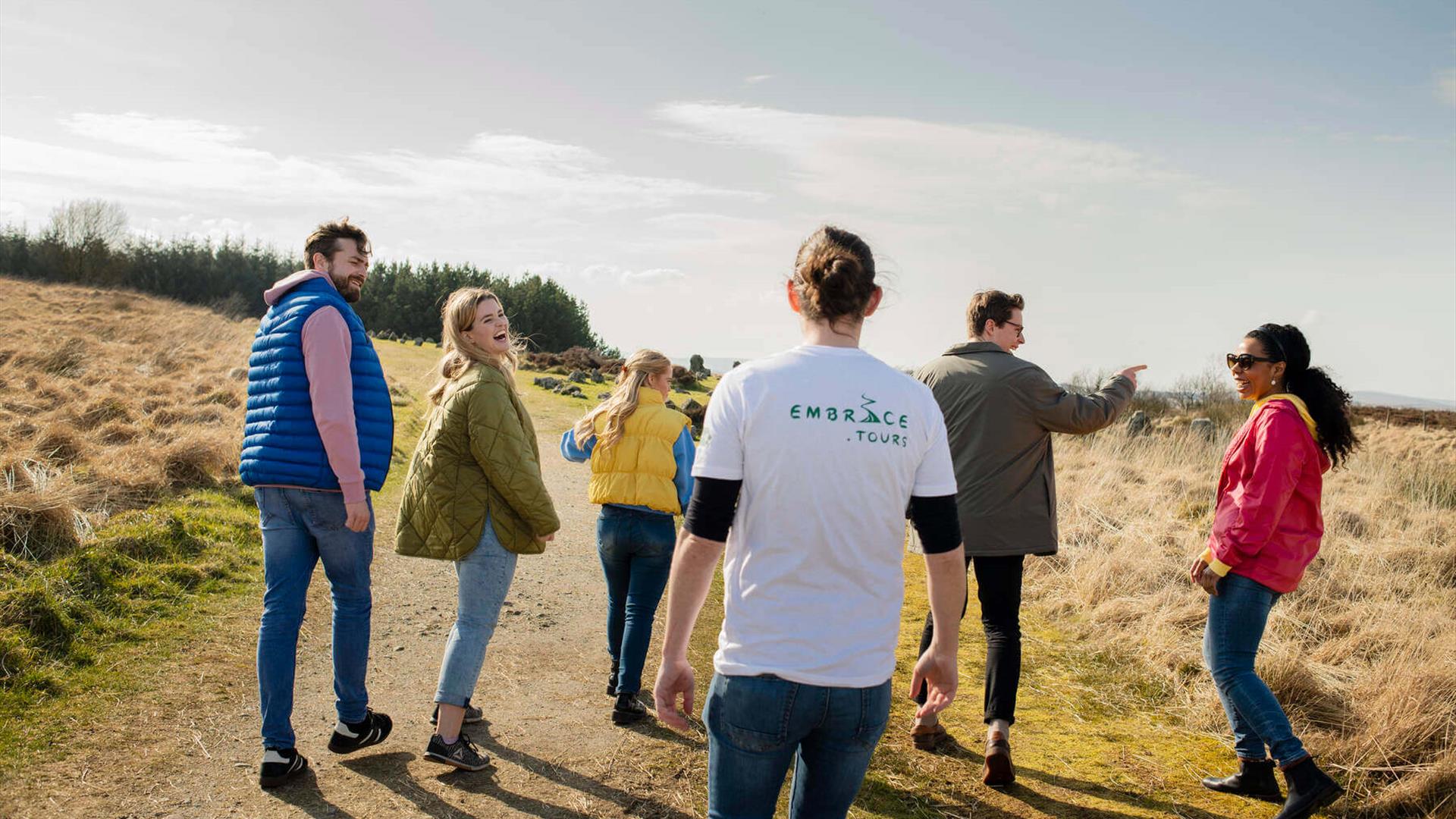