You are here: Home > Things to Do > Killymoon Castle 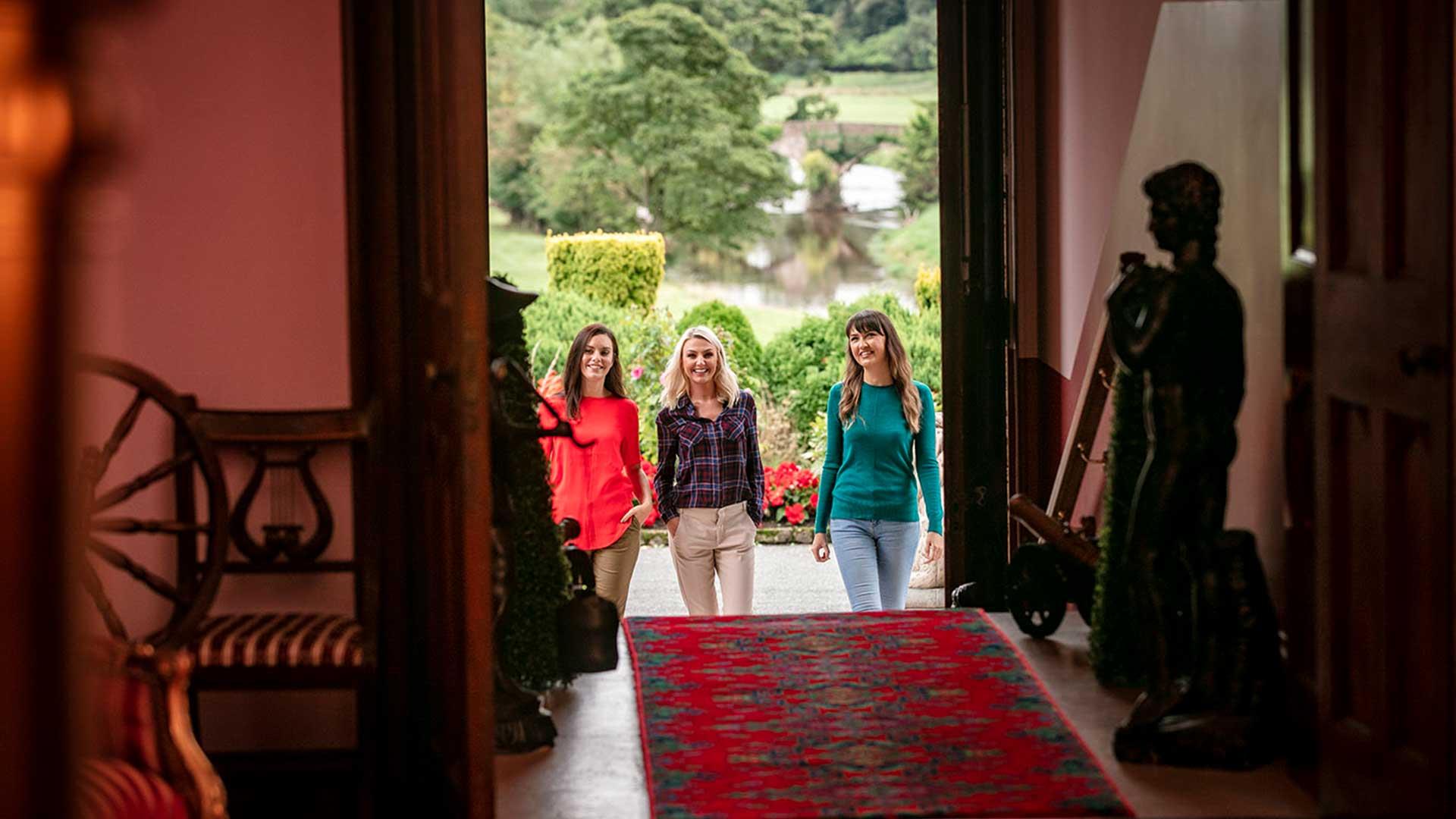 Killymoon castle sits in picturesque surroundings overlooking the Ballinderry River on the outskirts of Cookstown just 50 miles from Belfast by car. The castle is a grade A listed building designed by the famous John Nash who also designed the Regent Street area of London and its most famous landmark Buckingham Palace. The castle was originally built in 1600 for James Stewart, six generations of the Stewarts lived in the castle until 1852. It was described in the Irish Penny Journal of 1841 ‘as one of the most aristocratic residences in the province of Ulster’.

The original castle, built in 1671 by James Stewart on the substantial demesne had been granted to him under the Plantation Settlement. Stewarts ancestors had come from Scotland during the plantation to settle in Cookstown, and in 1666 James bought the land lease for the castle site from Alan Cooke – the founder of Cookstown. The castle was destroyed by fire in 1801 and in 1802, Colonel William Stewart had a new, more imposing castle built, designed by John Nash, the famous London Architect.

Take a tour of Killymoon Castle and step back in time. Visit Lady Molesworth’s morning room, the oval dining room whose restrained plasterwork and marble fireplace show the dignity of their Georgian origin. Ascend the magnificent cantilever style staircase and admire the fragile plasterwork like sugar spires on an inverted wedding cake .

Colonel Stewart was only 27 when this castle was built and it must have been a truly wonderful fairy tale to bring his beautiful bride to  this romantic spot.  Fortunes and families rise and fall and this fabulous fairy dwelling which cost £80.000 to build in 1807, was gambled in a game of poker and sold for an unbelieveable sum in the 1920’s

Group tours can be arranged by request only.  Private tours also available.

Killymoon Castle is a castle situated on the Killymoon Road, about one mile south east of Cookstown County Tyrone, Northern Ireland.