You are here: Information > Product Catch all > Strangford Lough Ferry 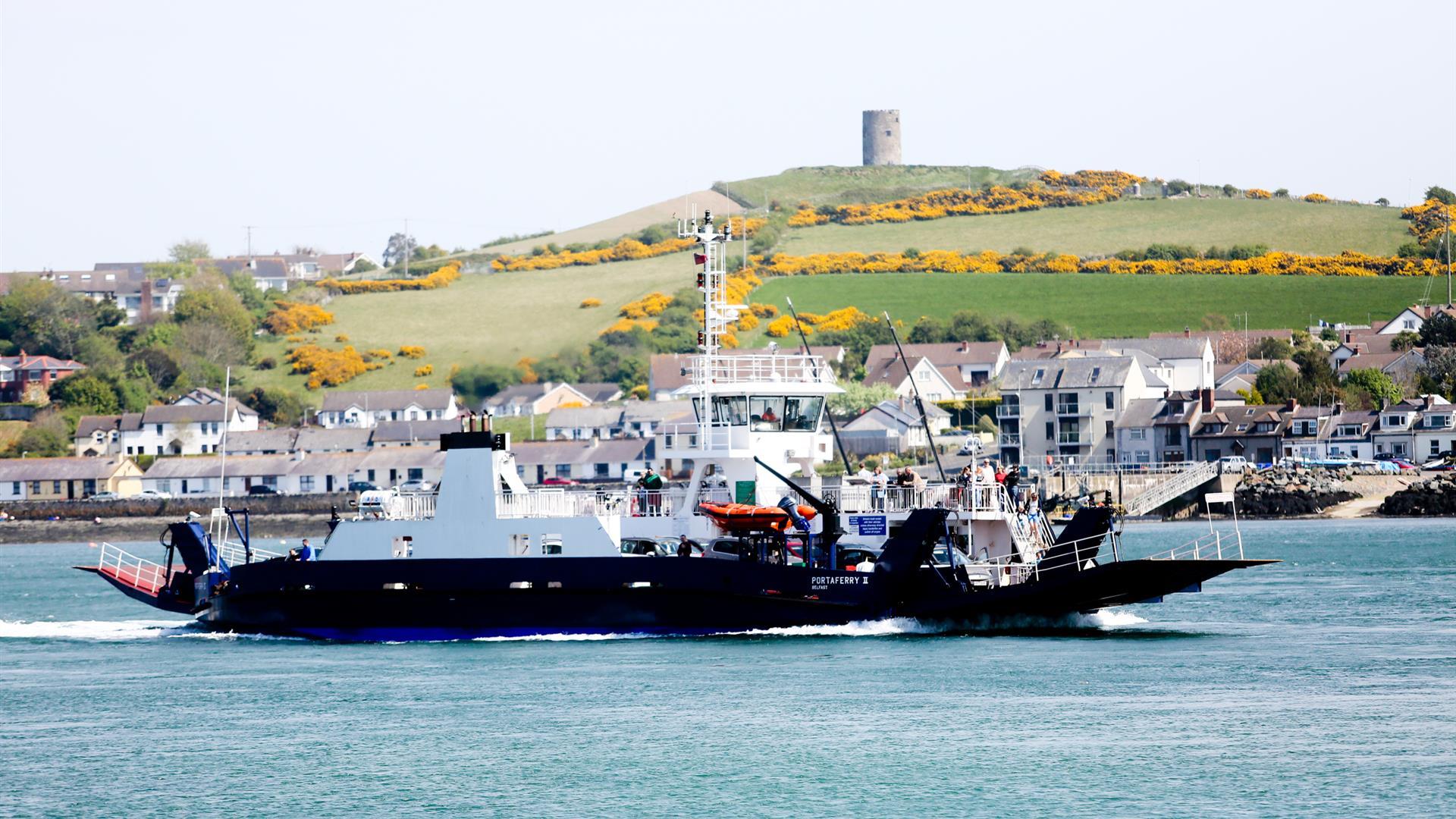 With a journey time of around 10 minutes, the ferry crossing can save a 50 mile drive around the Lough and is an exciting experience for young and old as you take in the stunning scenery of this Marine Nature Reserve and try to spot seals, seabirds and jellyfish as the tide rushes past.

Portaferry is home to Exploris, NI’s only Aquarium, the Portico of Ards, a former Presbyterian church and now an arts and cultural centre, the seasonal Visitor Information Centre beside the castle and many buildings of architectural interest dating from its time as a thriving port and shipbuilding town in the 19th century.

Strangford, is a pretty village with many fine 19th century houses overlooking the harbour. Nearby Castle Ward, an intriguing mansion house built in 1760 in two distinct architectural styles, Classical and Gothic, is a National Trust property and both the house and the surrounding parklands are open to the public.

It is also Game of Thrones® Territory, with the stable yard at Castle Ward, Quintin Bay and Audley’s Castle all featuring in the HBO series. Two of the local pubs, Fiddler’s Green in Portaferry and The Cuan in Strangford, have beautifully carved doors featuring scenes from the series and made from storm-felled trees at the Dark Hedges, so call in and get your Door of Thrones passport stamped.

The ferry runs at 30 minutes intervals throughout the day, every day, apart from Christmas Day.