You are here: Home > Things to Do > Shandon Park Mound 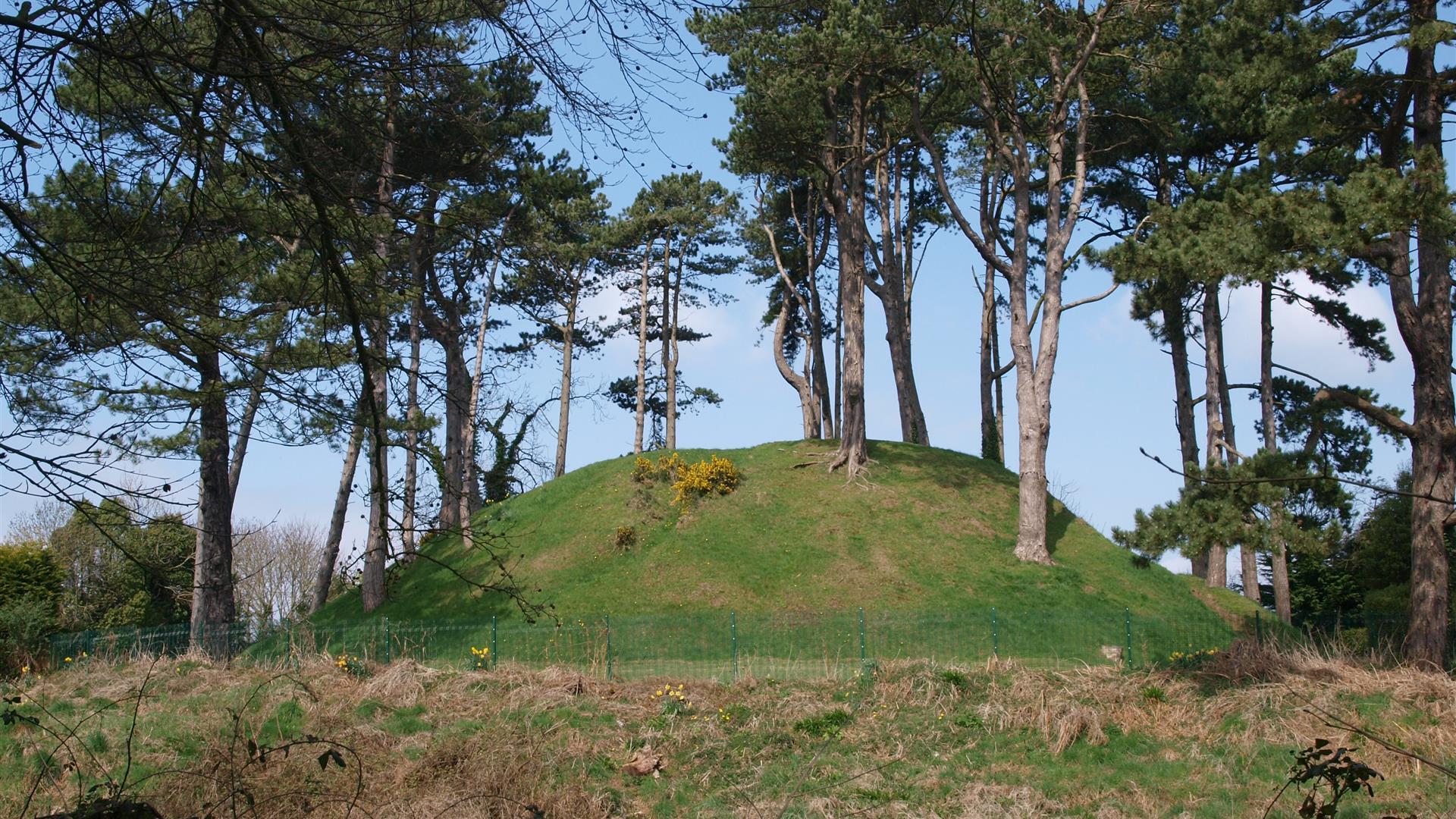 Shandon Park Mound is one of Belfast’s few surviving medieval earthworks, reached by a path between numbers 45 & 47 Shandon Park, Knock.

The mound is strategically sited on high ground with extensive views. The mound is probably a motte, an Anglo-Norman castle mound, but the name sean dún (old fort) leaves open the possibility that this motte, like some others, was built on a pre-Norman fort site. Old Knock graveyard is on another hill (an cnoc) close by and it may also be an early site.