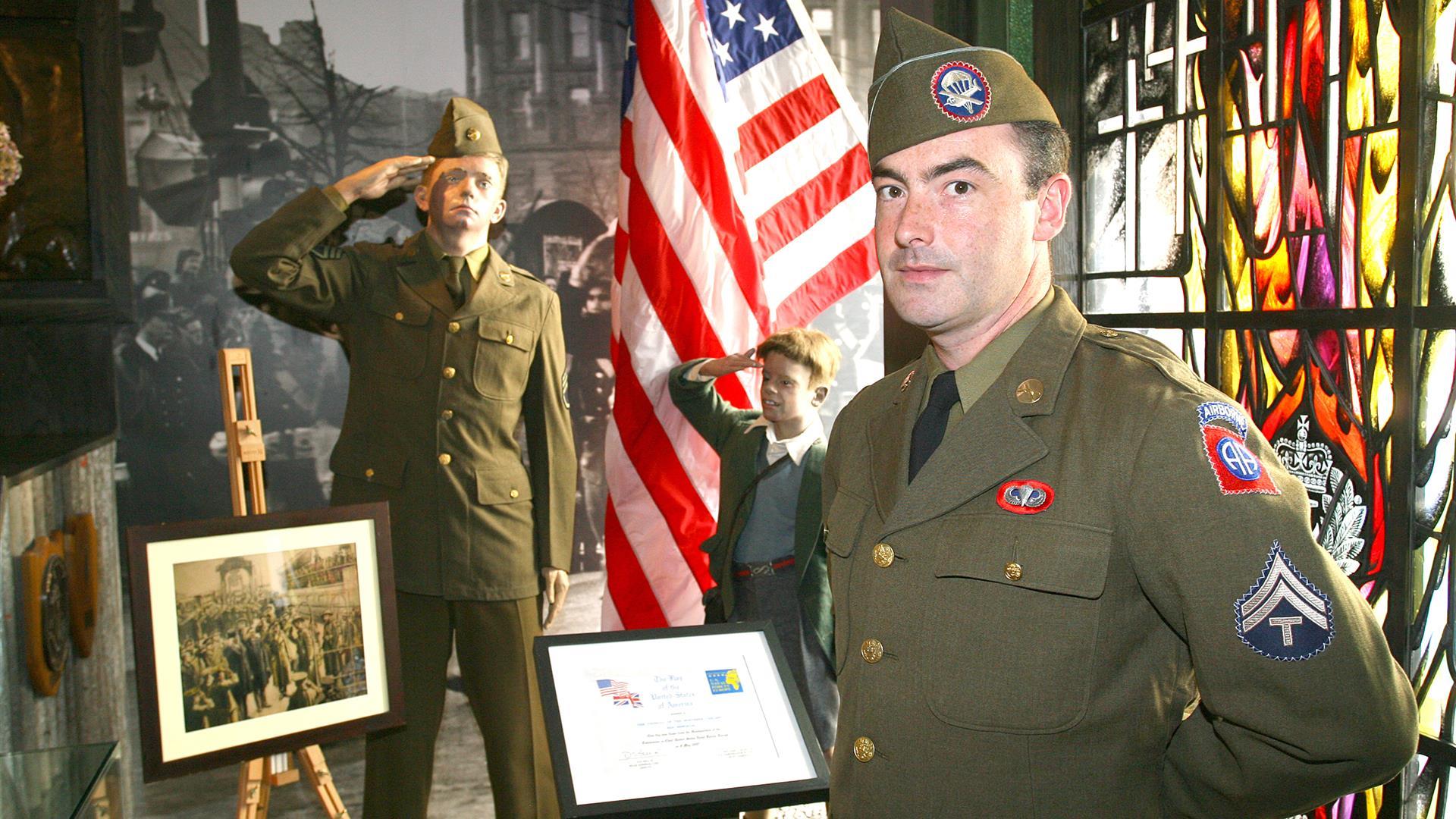 Situated in the heart of the Cathedral Quarter beside St. Anne’s Cathedral, the Northern Ireland War Memorial is an Accredited Museum which is a ‘must see’ for anybody with an interest in Northern Ireland’s role in the Second World War.

The museum tells the story of the Belfast Blitz in 1941, the Ulster Home Guard, the role played by women in the war and the presence of US Forces.

Visit the War Memorial to see objects from the Belfast Blitz. You can view a scrolling list of the names of those who were killed and also listen to audio recordings of people recalling their memories of the raids in April and May 1941.

Part of the original War Memorial Building on Waring Street was named the Hall of Friendship in honour of the close bonds formed between the US Soldiers and people of Northern Ireland in World War Two. When the War Memorial moved to the new building on Talbot Street the main exhibition area was also named the Hall of Friendship in order to continue to honour the link

Our Education and Outreach department runs a range of visits, activities and workshops for school and adult groups. All our education and outreach programmes are free of cost but need to be booked in advance. Have a look at our website for more details or email education@niwarmemorial.org