You are here: Experience > Kearney Village 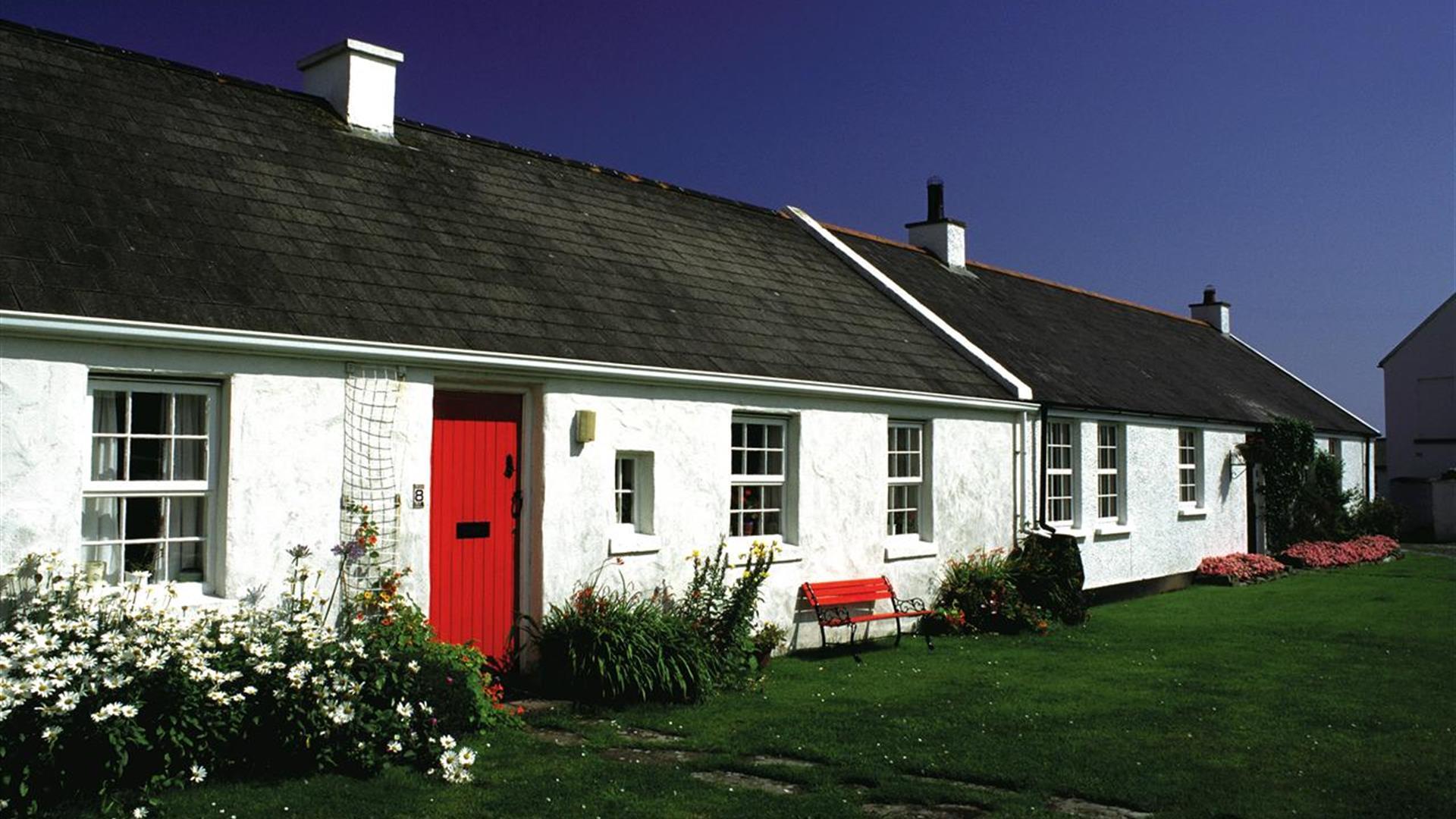 A showpiece village carefully restored by the National Trust to give the authenticity of a traditional fishing village. The village lies three miles to the east of Portaferry, with views across to Scotland, the Isle of Man and the Mountains of Mourne. The Trust owns a number of cottages at Kearney and these have been restored in the vernacular style giving authenticity to this place of character.

A long narrow road through green, rounded drumlins takes visitors to the charming village, the eight-acre sandy beach of Knockinelder, and a small pocket of saltmarsh.

In the nineteenth century Kearney was a flourishing community, with fishing as the central occupation. Stories are told of a 'she-cruiser', crewed entirely by women, which set out to fish in the surrounding waters. Kearney is now a place of recreation and a splendid place for bird watching.

Breeding birds along the coast include oystercatcher, rock pipit and shelduck. The dramatic white form of the gannet can be seen diving out to sea, and tern, eider and wintering waders are common. Turnstone can also be seen feeding around the seaweed-covered rocks.

From Kearney village there are attractive walks to the beach at Knockinelder, and along the shore to Stinking Point. The paths lead through lichen-covered slaty rocks and coastal grassland studded with spring squill on the promontories. The small, sheltered bays are made up of shingle and saltmarsh, with the yellow horned poppy, an unusual plant of the area.

It's the kind of place you find by accident and return to again and again!

Directions from Town:
From Newtownards, take the A20 Portaferry Road. Take B173 Kircubbin to Cloughey Road and follow the signposts for Kearney.