You are here: Home > Things to Do > The City Gates 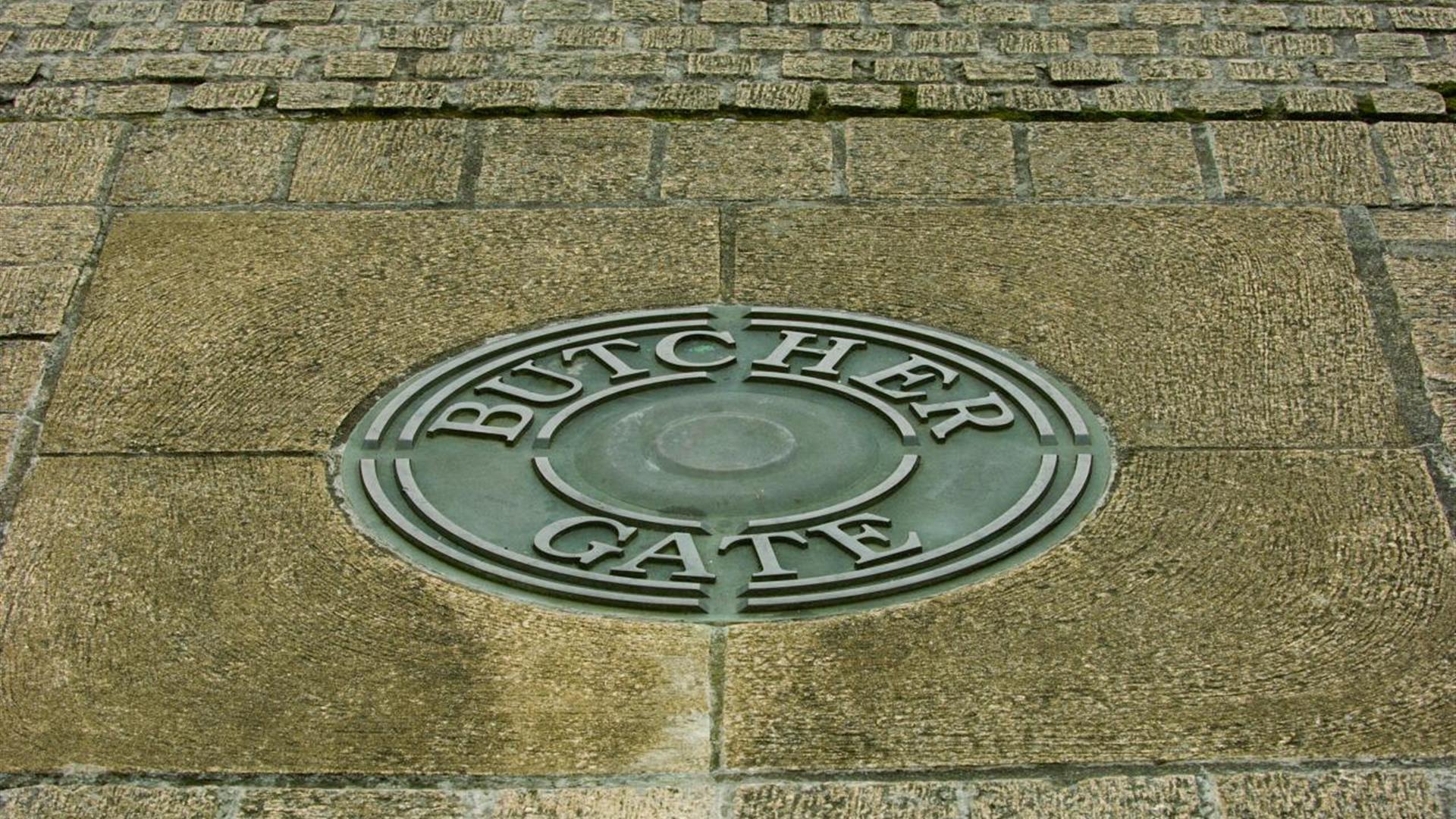 Shipquay Gate
This is one of the original four city gates with the present archway dating from 1805. The interior face of the gate has on each side a circular frame - on the left hand side is a cornucopia and on the right hand side is a caduceus. On the exterior face there are similar frames without ornaments. The original gate would have had a tower and portcullis as this gate was the main point of entry from the river.

Butcher Gate
This original gate was the most damaged gate during the siege of 1689. The gate was rebuilt in 1790 and takes its name from the street inside - Butcher Street, were the towns’ butchers had their shops.

Bishop Gate
This original gate was replaced in 1789 by the present structure - a triumphal arch. This was to mark the first centenary of the closing of the gates by The Apprentice Boys of Derry. The architect was H.A. Baker, with the sculpted heads representing the River Foyle (external) and the River Boyne(internal) designed by Edward Smyth, who had sculptured the thirteen riverine heads on the Dublin Custom House in c.1784. On either side of the gate are steps giving access to the City Walls.

Ferryquay Gate
This gate is one of the four original gateways; it overlooked the ferryquay on the River Foyle. The gate originally had a drawbridge and Tower; this was replaced by the present day gate in 1865. Famously this was the gate closed by the Apprentice Boys of Derry in December 1688 against the Jacobite army of James II. The headstone on the outside of the gate represents Reverend George Walker, Governor of Derry in 1689. The headstone on the inside of the gate is of Reverend James Gordon.

Castle Gate
This gate is one of two added to the walls below Butcher Gate, it was built between 1805-1808. An old Irish Fortified House of the O’Doherty’s of Inishowen was once located near this site inside the present City Walls.

New Gate
This gate was added to the walls c.1790’s, before this an opening had been made in the wall at this point allowing access to Wapping Lane (now Fountain Street). However the opening was re-inforced into a gateway as tensions arose just before the United Irishmen Rising of 1798.

The Magazine Gate
This gate was added to the walls c.1888 to allow additional access to the river front.