You are here: Home > Things to Do > Ring of Gullion Way 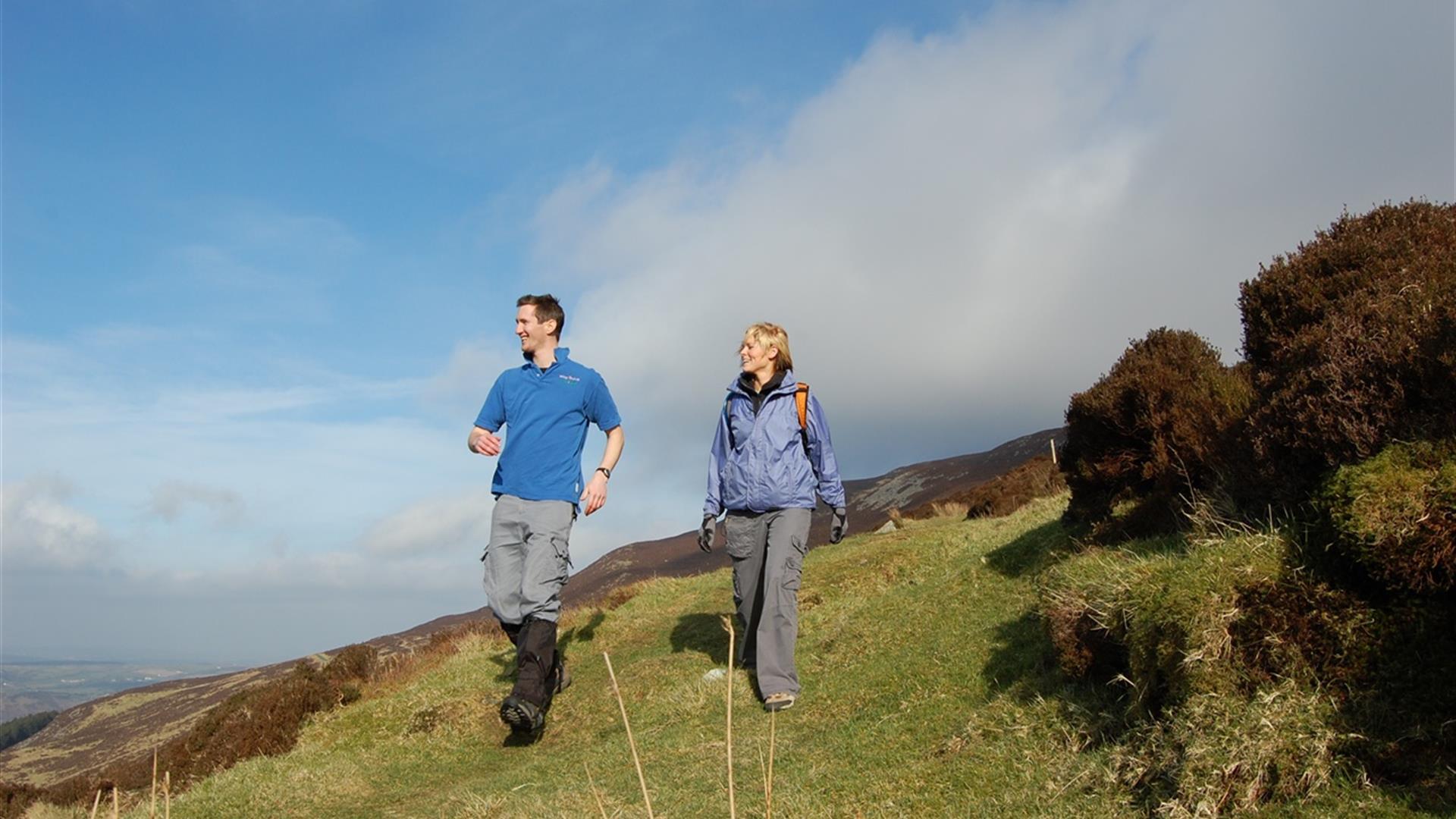 Please Note: Section 4 of this walk is closed while an alternative route is being developed.

This circular route follows off-road trails, quiet country lanes and forest tracks from Newry around the volcanic landscape of the Ring of Gullion AONB. Along its route, ancient monuments and quiet villages can be discovered. The final section leads through the grounds of Derrymore House (owned and managed by the National Trust) near Bessbrook before reaching Newry.

Facilities:
Refreshments, shops, car parks and toilets at the start in Newry and in Jonesborough, Forkill, Slieve Gullion Forest Park and Camlough.

Accessible terrain:
Tarmac roads and off road paths, uneven and rough in places