You are here: Things to Do > Portaferry - Walking Guide 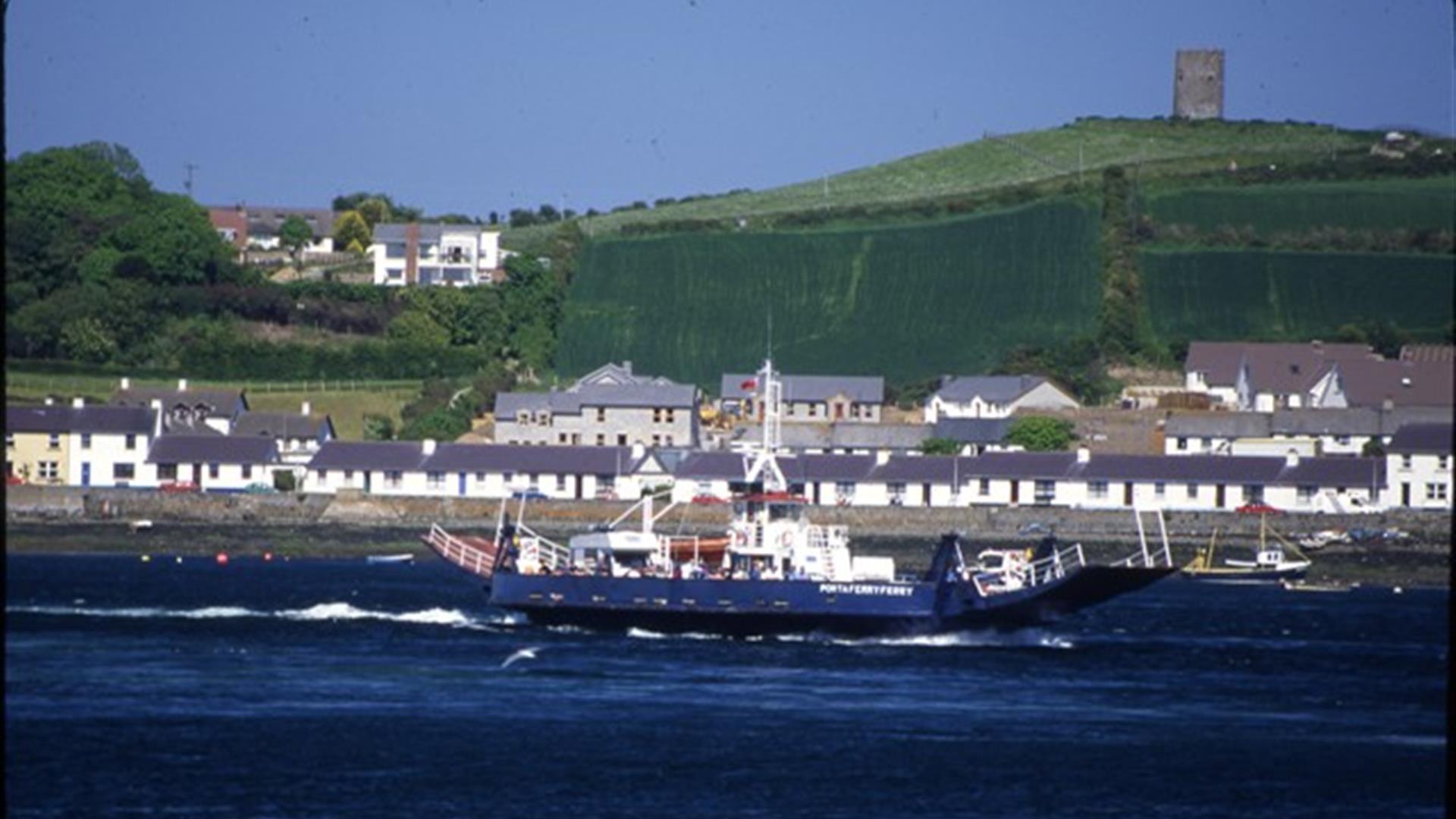 Right at the tip of the Ards Peninsula is Portaferry. The quaint rows of houses, its seafront and traditional layout give Portaferry it character, with many buildings of historical and architectural importance. Portaferry is linked to the village of Strangford across The Narrows by a car ferry service which operates every half hour. The powerful current which rushes through The Narrows carries 400 million gallons of water with every tide. It is little wonder the Vikings named the Lough the ‘Strong Fiord’.

Portaferry has a long history originating in the 12th century as a group of fishermen’s cottages beside an Anglo Norman castle. The ruins of the Portaferry Castle still remain as evidence of a 16th century tower house. During the 18th and 19th centuries the village was developed by the Nugent family, with a central square containing a market place which is now the local community centre. High above Portaferry is Windmill Hill, with the old ruins of a prominent landmark on the skyline.

An active boating scene attracts many visitors, especially during July when the annual sailing regatta takes place, as well as gala promotions which create a carnival atmosphere. Recently the Department of the Environment declared a large part of the town a Conservation Area, and this has contributed further to a sense of identity.

A major tourist attraction here is Aquarium Exploris – 'Exploration of the Irish Sea’ just off Castle Street, reopening 15 August 2016, after a major refurbishment project. This is an interpretative centre for Strangford Lough and the Irish Sea, giving a fascinating insight into the sea life and habitat of the lough shore. It also houses the NIE Seal Sanctuary, where seals are brought in for rehabilitation and are then released back into the wild when they make a full recovery. All in all, a compelling blend of natural history, recreation and scenery.

Route:
Circular route round the interesting points of the Town - with the option of taking in Windmill Hill and the Shore Road. Taking roughly an hour.

Time:
This self guided walk lasts approximately 1 Hour - with the option of exploring further